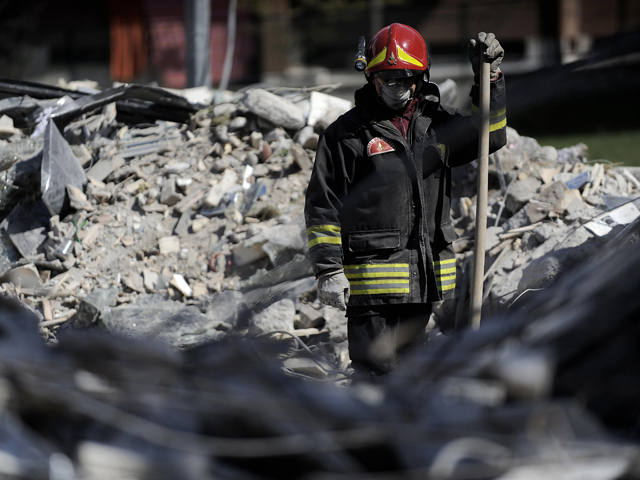 No one can predict earthquakes. But six seismologists and a government official are being tried for manslaughter in the deaths of more than 300 people in the 2009 tremblor in L'Aquila, Italy. The city's public prosecutor says the scientists downplayed the possibility of a quake to an extent that townsfolk did not take precautions that could have saved their lives. A judge has just set the trial to begin on September 20.

The case, which was brought in 2010, hinges on the statements of Bernardo De Bernardinis of Italy's Civil Protection Agency at a press conference a week before the quake. His agency had asked the scientists to convene and discuss whether the increasing seismic activity in the area might indicate a risk of a major quake.

At the subsequent press conference, De Bernardinis, who is being tried along with the scientists, told the crowd, “The scientific community tells me there is no danger, because there is an ongoing discharge of energy. The situation looks favorable.” (via Nature News) People say that as a result of this reassurance, they didn't leave their homes or take other precautions against the quake struck.

However, in the minutes of the meeting, the scientists do not say that there was "no danger," though they say that a swarm of mini-quakes is no certain indicator that a major one is on the way. Additionally, “the idea that minor earthquakes release energy and thus make things better is a common misperception," Susan Hough, a geophysicist at the USGS, comments (via Nature News). "But seismologists know it’s not true. I doubt any scientist could have said that.” The scientists have since said the statement misrepresented their opinions.

Nearly 4,000 scientists have signed a letter of support for the seismologists, saying that the government should focus its efforts on enforcing building codes--the area is a very high-risk quake zone--rather than trying the scientists. “The proven and effective way of protecting populations is by enforcing strict building codes,” says Barry Parsons of Oxford University, a signer of the letter (via Nature News). “Scientists are often asked the wrong question, which is ‘when will the next earthquake hit?’ The right question is ‘how do we make sure it won’t kill so many people when it hits?’”

What the future holds

The trial begins on September 20. If convicted, the scientists and De Bernardinis could serve up to 12 years in prison.

The president of a L'Aquila association of the earthquake's victims hopes that the trial will lead to a more thorough investigation of what happened, particularly with regard to information the committee may have had about which buildings were more likely to crumble. “Nobody here wants to put science in the dock,” he says (via Nature News). “We all know that the earthquake could not be predicted, and that evacuation was not an option. All we wanted was clearer information on risks in order to make our choices.”