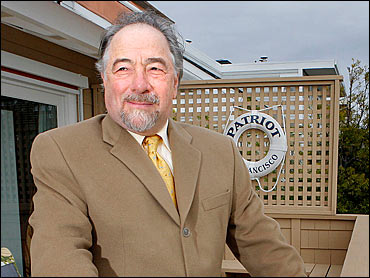 Right-wing radio talk show host Michael Savage, who described 99 percent of children with autism as brats, said Monday he was trying to "boldly awaken" parents to his view that many people are being wrongly diagnosed.

Some parents of autistic children have called for Savage's firing after he described autism as a racket last week. "In 99 percent of the cases, it's a brat who hasn't been told to cut the act out," Savage said on his radio program last Wednesday.

Savage said: "What do you mean they scream and they're silent? They don't have a father around to tell them, `Don't act like a moron. You'll get nowhere in life. Stop acting like a putz. Straighten up. Act like a man. Don't sit there crying and screaming, you idiot."'

Savage offered no apology in a message posted Monday on his Web site. He said greedy doctors and drug companies were creating a "national panic" by over-diagnosing autism, a mental disorder that inhibits a person's ability to communicate.

Savage's Web message reads: "My comments about autism were meant to boldly awaken parents and children to the medical community's attempt to label too many children or adults as 'autistic.'

"Just as some drug companies have over-diagnosed 'ADD' and 'ADHD' to peddle dangerous speed-like drugs to children as young as 4 years of age, this cartel of doctors and drug companies is now creating a national panic by over-diagnosing autism, for which there is no definitive medical diagnosis!
Many children are being victimized by being diagnosed with an 'illness' which may not exist, in all cases. Just a few weeks ago doctors recommended dangerous anti-cholesterol drugs for children as young as 2 years of age! Without any scientific studies on the possible dangers of such drugs on children, corrupt doctors made this controversial, unscientific recommendation.

"Increasingly, our children are being used as profit centers by a greedy, corrupt medical/pharmaceutical establishment. As the brother of a severely disabled person who suffered and died in a New York 'snake-pit' of a 'mental hospital,' I know first-hand what true disability is.

"To permit greedy doctors to include children in medical categories which may not be appropriate is a crime against that child and their family. Let the truly autistic be treated. Let the falsely diagnosed be free."

The government estimates about one-in-150 children have some form of autism. But many experts believe these unsociable behaviors were just about as common 30 or 40 years ago and that the increase is mostly caused by a surge in special education services and a corresponding shift in diagnoses.

Wendy Fournier of the National Autism Association, a parents' advocacy group, said she was invited to speak Monday on Savage's three-hour program by Savage's boss, Mark Masters of Talk Radio Network, which syndicates the show across the country. A spokeswoman from Talk Radio Network did not immediately return a call for comment.

"I'm hoping to make him see the reality of what these kids are facing," she said. "You can't fix it by telling a kid to shut up. It's like telling a kid with cancer to stop being sick."

Evelyn Ain, whose 8-year-old son has been diagnosed with autism, said she had never heard of Savage and couldn't believe what she had heard when she first listened to the remarks. She organized a demonstration Monday outside New York's WOR-AM, which broadcasts Savage.

"That isn't just freedom of speech, it is hateful speech when you say 99 percent of children with autism are brats," she said. "I'll tell you, I wish I had a brat."

One demonstrator, Lynn Filosa, who has an autistic child, told CBS News, "They didn't ask for this to happen. For somebody to come out and literally call them names on a nationally-sundicated radio station is appalling."

Savage, with more than 8 million listeners a week, is talk radio's third most popular personality behind Rush Limbaugh and Sean Hannity, according to Talkers magazine. He's made a living off bold, outrageous statements: His brief MSNBC show was canceled after he told a caller he should "get AIDS and die, you pig."

"He's an entertainer, he does these things for attention," Bell said. "I think we should, to the best we can, ignore it."

Still, later this week, autism advocates are expected to call for a boycott of the stations that carry Savage's show, says CBS News correspondent Meg Oliver. She adds that two sponsors have pulled their ads, but savage insists he won't apologize.