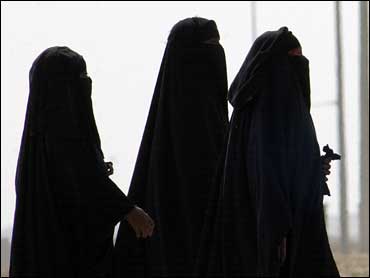 A gang-rape victim who was sentenced to six months in prison and 200 lashes for being alone with a man not related to her was pardoned by the Saudi king after the case sparked rare criticism from the United States, the kingdom's top ally.

Outrage over the sentence prompted unusually strong comments from President Bush, who said that if the same thing had happened to one of his daughters, he would be "angry" at a government that didn't protect the victim. The White House called the sentence "outrageous."

In past weeks, Saudi officials have bristled at the criticism of what they consider an internal affair - but also appeared wary of hurting their image in the United States.

With the pardon, King Abdullah appeared to be aiming at relieving the pressure from the United States without being seen to criticize Saudi Arabia's conservative legal system, a stronghold of powerful clerics adhering to the strict Wahhabi interpretation of Islam.

Justice Minister Abdullah bin Mohammed al-Sheik said the pardon reported by Saudi media Monday does not mean the king doubted the country's judges, but that he was acting in the "interests of the people."

"The king always looks into alleviating the suffering of the citizens when he becomes sure that these verdicts will leave psychological effects on the convicted people, though he is convinced and sure that the verdicts were fair," al-Sheik said, according to the Al-Jazirah newspaper.

"Certainly, we're pleased that that action occurred," State Department deputy spokesman Tom Casey said. "I think everyone was rather astonished by the initial verdict and I hope this puts this case to rest. We're glad that this particular case has been dealt with and that the king has taken the actions that he has."

The victim - known only as the "Girl of Qatif" after her hometown in eastern Saudi Arabia - was in a car with a man in 2006 when they were attacked and raped by seven men.

She was initially sentenced in November 2006 to several months in prison and 90 lashes for being alone in a car with a man with whom she was neither related nor married, a violation of the kingdom's strict segregation of the sexes.

The woman, who was 19 at the time of the rape, has said she met the man to retrieve a picture of herself from him because she had recently married.

The seven men who were convicted of raping both the girl and the man were initially sentenced to jail terms from 10 months to five years. Their sentences were increased to between two and nine years after the appeal.

The case sparked increased international outcry recently after the court more than doubled the sentence last month to 200 lashes and six months prison in response to her appeal. Joining the U.S. criticism, Canada called the ruling barbaric.

Earlier this month, Mr. Bush expressed his anger over the sentencing.

"My first thoughts were these," Mr. Bush said. "What happens if this happens to my daughter? How would I react? And I would have been - I'd of been very emotional, of course. I'd have been angry at those who committed the crime. And I'd be angry at a state that didn't support the victim."

The controversy erupted as the United States was trying to ensure Saudi Arabia's participation in the November Mideast peace conference in Annapolis, Md. - which the kingdom attended.

In the U.S. ahead of the conference, Saudi Foreign Minister Prince Saud al-Faisal was visibly irritated when he was asked about the case by journalists. He said that the storm being raised over it was outrageous, but also promised the sentence would be reviewed.

Last month, the Ministry of Justice stood by the verdict, saying that "charges were proven" against the woman for having been in a car with a man who was not her relative.

The ministry implied the victim's sentence was increased because she spoke out to the press. "For whoever has an objection on verdicts issued, the system allows an appeal without resorting to the media," the ministry said in a statement last month.

Al-Sheik said Abdullah was the only official who could issue a pardon, and he did so despite the government's view that the Saudi legal system was "honest" and "fair."

"The king's order consolidates and confirms what is known about the Islamic courts," al-Sheik told Al-Jazirah. "Efficient judges look into different cases and issue their just verdicts and those convicted have the right to appeal."