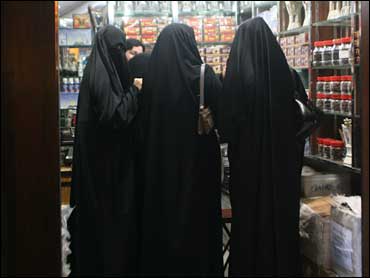 The Saudi judiciary on Tuesday defended a court verdict that sentenced a 19-year-old victim of a gang rape to six months in jail and 200 lashes because she was with an unrelated male when they were attacked.

The Shiite Muslim woman had initially been sentenced to 90 lashes after being convicted of violating Saudi Arabia's rigid Islamic law requiring segregation of the sexes.

But in considering her appeal of the verdict, the Saudi General Court increased the punishment. It also roughly doubled prison sentences for the seven men convicted of raping the woman, Saudi news media said last week.

The reports triggered an international outcry over the Saudis punishing the victim of a terrible crime.

But the Ministry of Justice stood by the verdict Tuesday, saying that "charges were proven" against the woman for having been in a car with a man who was not her relative.

The ministry implied the victim's sentence was increased because she spoke out to the press. "For whoever has an objection on verdicts issued, the system allows an appeal without resorting to the media," said the statement, which was carried on the official Saudi Press Agency.

The attack occurred in 2006. The victim says she was in a car with a male student she used to know trying to retrieve a picture of her. She says two men got into the car and drove them to a secluded area where she was raped by seven men. Her friend also was assaulted.

Justice in Saudi Arabia is administered by a system of religious courts according to the kingdom's strict interpretation of Islamic law.

Judges have wide discretion in punishing criminals, rules of evidence are vague and sometimes no defense lawyer is present. The result, critics say, are sentences left to the whim of judges. A rapist, for instance, could receive anywhere from a light sentence to death.

State Department spokesman Sean McCormack avoided directly criticizing the Saudi judiciary over the case, but said the verdict "causes a fair degree of surprise and astonishment."

"It is within the power of the Saudi government to take a look at the verdict and change it," McCormack said.

The New York-based Human Rights Watch said the verdict "not only sends victims of sexual violence the message that they should not press charges, but in effect offers protection and impunity to the perpetrators."

Under Saudi's Sharia law, those convicted of murder, drug trafficking, armed robbery and rape can be executed in public with a sword.

On Wednesday, Saudi authorities beheaded a Pakistani man convicted of smuggling heroin into the kingdom, the Interior Ministry said.

In a statement carried by the official Saudi Press Agency, the ministry said that Abdul Qayoum Zahru Khan was executed in the holy city of Mecca.

Wednesday's execution brought to 134 the number of people beheaded in the kingdom this year, according to an Associated Press count. Saudi Arabia beheaded 38 people last year and 83 people in 2005.