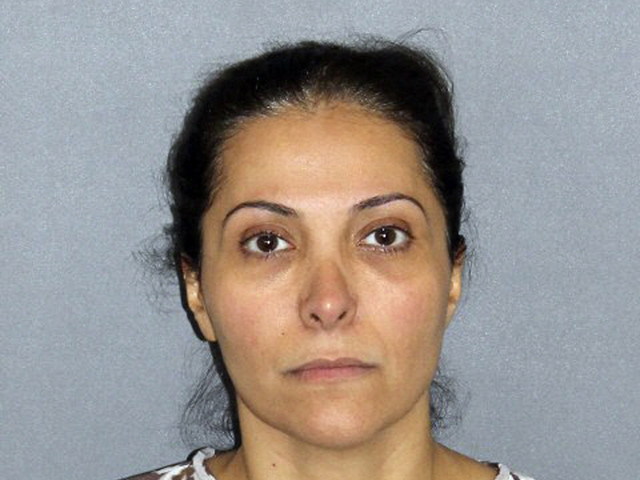 SANTA ANA, Calif. A Saudi princess charged with human trafficking was freed after her country's consulate posted her $5 million bail, but authorities imposed strict travel requirements and GPS tracking to keep her in Southern California.

Earlier Thursday, Alayban appeared in court wearing a dark blue jail jumpsuit to answer to one felony charge of human trafficking. She did not enter a plea. Her arraignment was postponed until July 29.

Alayban was arrested Wednesday after a Kenyan woman who worked for her as a maid alleged she was held against her will and forced to toil long hours for meager pay. The maid led police to a condominium in Irvine where Alayban's family was staying, authorities said.

Orange County District Attorney Tony Rackauckas said after court Thursday that the woman was subjected to "forced labor." He likened Alayban to a slave owner.

"It's been 150 years since the Emancipation Proclamation, and slavery has been unlawful in the United States, and certainly in California, all this time, and it's disappointing to see it in use here," said Rackauckas, who had requested that Alayban's bail be set at $20 million.

Defense attorney Paul Meyer declined comment on the case after Thursday's hearing but previously said it was just a dispute over domestic work hours.

Alayban, who prosecutors said is one of the six wives of Saudi Prince Abdulrahman bin Nasser bin Abdulaziz al Saud, is forbidden to have contact with the alleged victim, cannot leave Orange County without permission from the court, and turned over her passport.

A person who answered the phone Friday at the Consulate of Saudi Arabia in Los Angeles declined to comment on the case and hung up.

The Kenyan woman said her passport was taken from her when she left her country to work for Alayban, hoping to make enough money to cover her ailing 7-year-old daughter's medical bills.

The 30-year-old woman, whose name has not been released, alleges she was forced to work long hours and was paid only a fraction of what she was promised.

Authorities said it wasn't until she traveled with the Saudi family on their vacation to the United States that she was able to escape, flag down a bus, and call police, authorities said.

When police searched the condo, they found four other workers, from the Philippines. The women left voluntarily with officers and told them they were interested in being free, police said. No charges have been filed related to those women and police said there were no signs any of the workers had been physically abused.

The women's passports had been held with the victim's documents in a safe deposit box, Rackauckas said.

The case is the first labor trafficking case prosecuted in Orange County since voters approved a law last year to stiffen the penalties for the crime. If convicted, Alayban faces a maximum sentence of 12 years, which is double the sentence she could have received a year ago, Rackauckas said.

The Saudi royal family is extensive, with thousands of princes and princesses, including some who have run into trouble with the law.

In 2002, Saudi princess Buniah al-Saud, who was accused of pushing her maid down a flight of stairs, entered a no-contest plea in Florida and was fined $1,000. In 1995, another Saudi princess, Maha Al-Sudairi, allegedly beat a servant in front of sheriff's deputies providing off-duty security. No charges were ever filed.

"These people have lots of money; they think they're above the law," said Ali AlAhmed, director of the Washington-based Institute for Gulf Affairs.