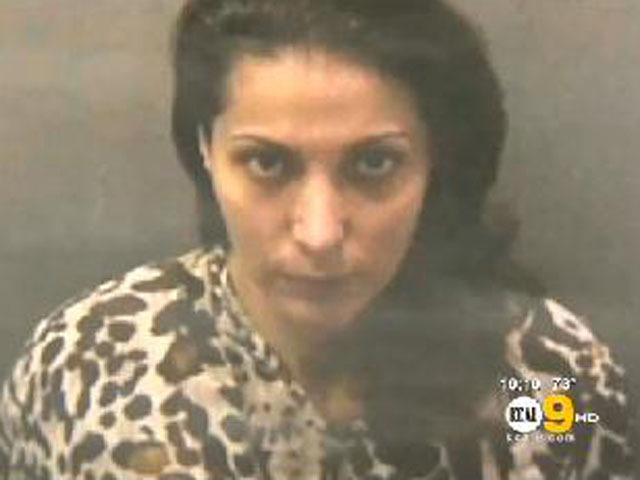 (CBS/AP) SANTA ANA, Calif. - A 30-year-old domestic worker from Kenya flagged down a Southern California bus Tuesday, and told a passenger she had been held against her will and believed she was a victim of human trafficking.

It wasn't long before a Saudi princess, Meshael Alayban, was under arrest.

Alayban, who prosecutors said is one of the wives of Saudi Prince Abdulrahman bin Nasser bin Abdulaziz al Saud,  was charged Wednesday with human trafficking. She was arrested at an Irvine condominium that policed searched after talking to the Kenyan woman.

Her arraignment, expected on Thursday in an Orange County court, was postponed to July 29.

The alleged victim told authorities she had been hired in Kenya in 2012 and brought to Saudi Arabia, where her passport was immediately taken. She said she was forced to work excessive hours, was paid less than promised and was not allowed to leave.

CBS Los Angeles reports that when the alleged victim flagged down the bus, she was carrying a pamphlet from the US Department of State that described her rights and warned about human trafficking. The pamphlet was given to the woman when she went to the U.S. Embassy in Saudi Arabia to get her work visa.

A judge set Alayban's bail at $5 million, ordered GPS monitoring and banned her from leaving the county without authorization.

Alayban did not appear in court Wednesday. Her attorney, Paul Meyer, said the case was a contractual dispute and argued his client shouldn't be assigned a ransom-like bail solely because she was rich. He said she had been traveling to the U.S. since she was a child, owned properties here and had given her word she would address the allegations.

"This is a domestic work hours dispute," he said.

"This is not a contract dispute," Rackauckas said during Wednesday's bail hearing. "This is holding someone captive against their will."

Rackauckas had asked the judge to deny bail for Alayban or set it at $20 million, saying it was unlikely any amount would guarantee a Saudi princess would show up in court.

He said the Saudi consulate had already offered to cover $1 million in bail initially set after her arrest.

Police said Alayban's family traveled to the U.S. in May with the victim and four other women from the Philippines.

The victim had signed a two-year contract with an employment agency guaranteeing she would be paid $1,600 a month to work eight hours a day, five days a week. But starting in March 2012, she was forced to cook, clean and do other household chores for 16 hours a day, seven days a week, and was paid only $220, prosecutors said.

She was allowed to have a passport only long enough to enter the U.S., they said.

Once here, she was forced to tend to at least eight people in four apartments in the same Irvine complex, washing dishes, cooking, cleaning, doing laundry and ironing, the office said.

The other four women left the condominium voluntarily with police once authorities arrived. They told police they were interested in being free, said Irvine police chief David Maggard Jr.

No charges have been filed related to those women, and police said there were no signs any of the workers had been physically abused.

According to CBS Los Angeles, if convicted, the Saudi princess could face up to 12 years in prison.