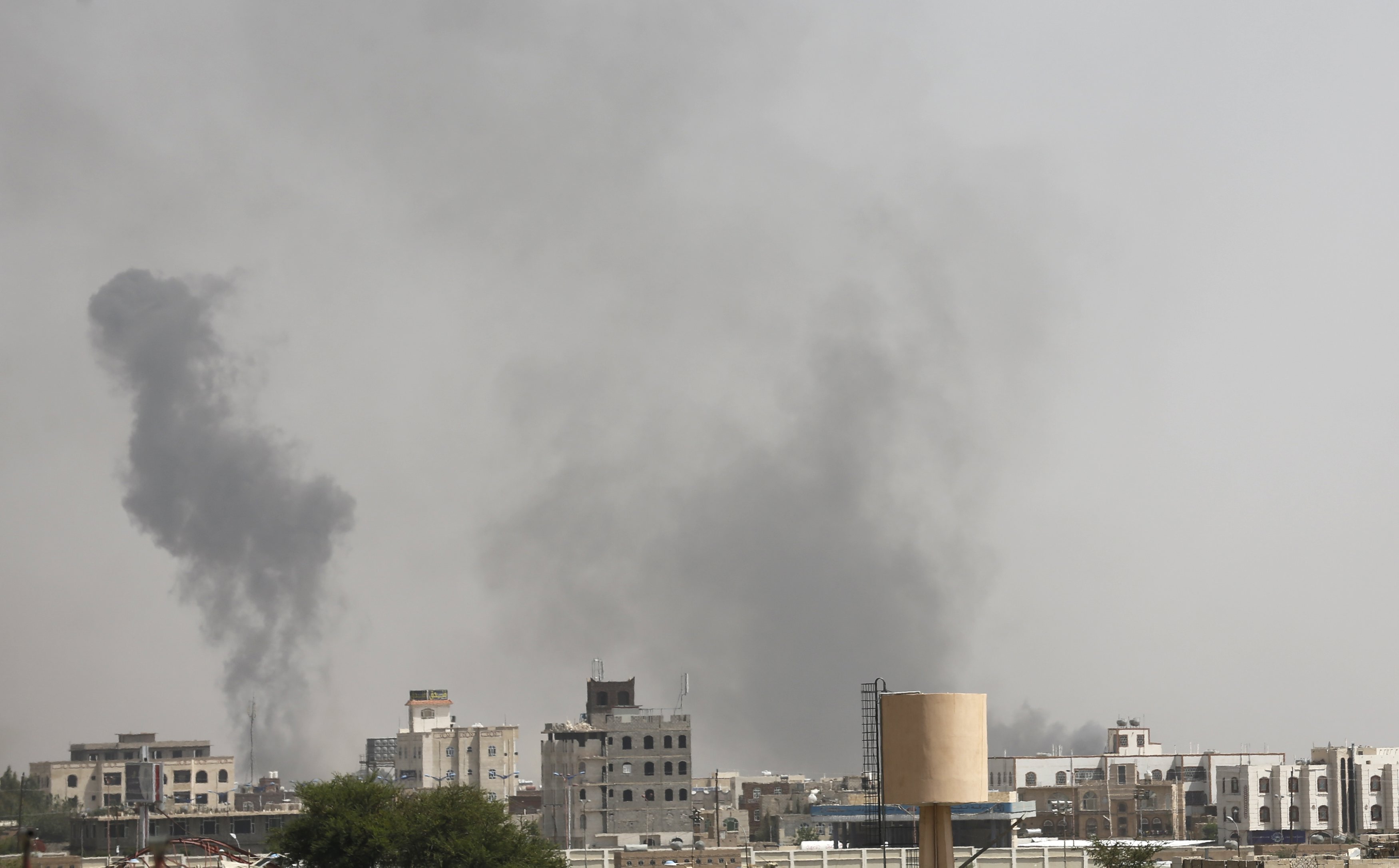 SANAA, Yemen -- Airstrikes from a Saudi-led coalition destroyed a key rebel encampment Sunday in Yemen's capital, while also hitting a school, restaurants and embassies, witnesses and officials from both sides of the conflict said.

The Saudi-led and U.S.-backed coalition, made up mainly of Gulf nations, has been launching airstrikes against the rebels since March.

The strikes early Sunday morning hit the headquarters of the Special Security Forces, where troops remain loyal to Saleh. Security officials said warplanes also targeted weapons caches in the mountains of Noqum and Ayban, east and west of Sanaa.

Meanwhile in the port city of Aden, dozens of families of those wounded in fighting besieged the city's only working oil refinery, effectively shutting down production, pro-government security officials said. The families say they only will end the siege when the wounded are flown out of Yemen for treatment.

All officials and witnesses spoke on condition of anonymity because they are not authorized to brief reporters or for fear of reprisals.

Earlier Sunday, hundreds of pro-government security forces rallied in front of the Aden governor's office demanding unpaid wages. The troops had defected from Saleh's Special Security Forces in March and helped push the rebels out.

"They just keep making promises but then give us nothing," protester Moheeb Abdo said.