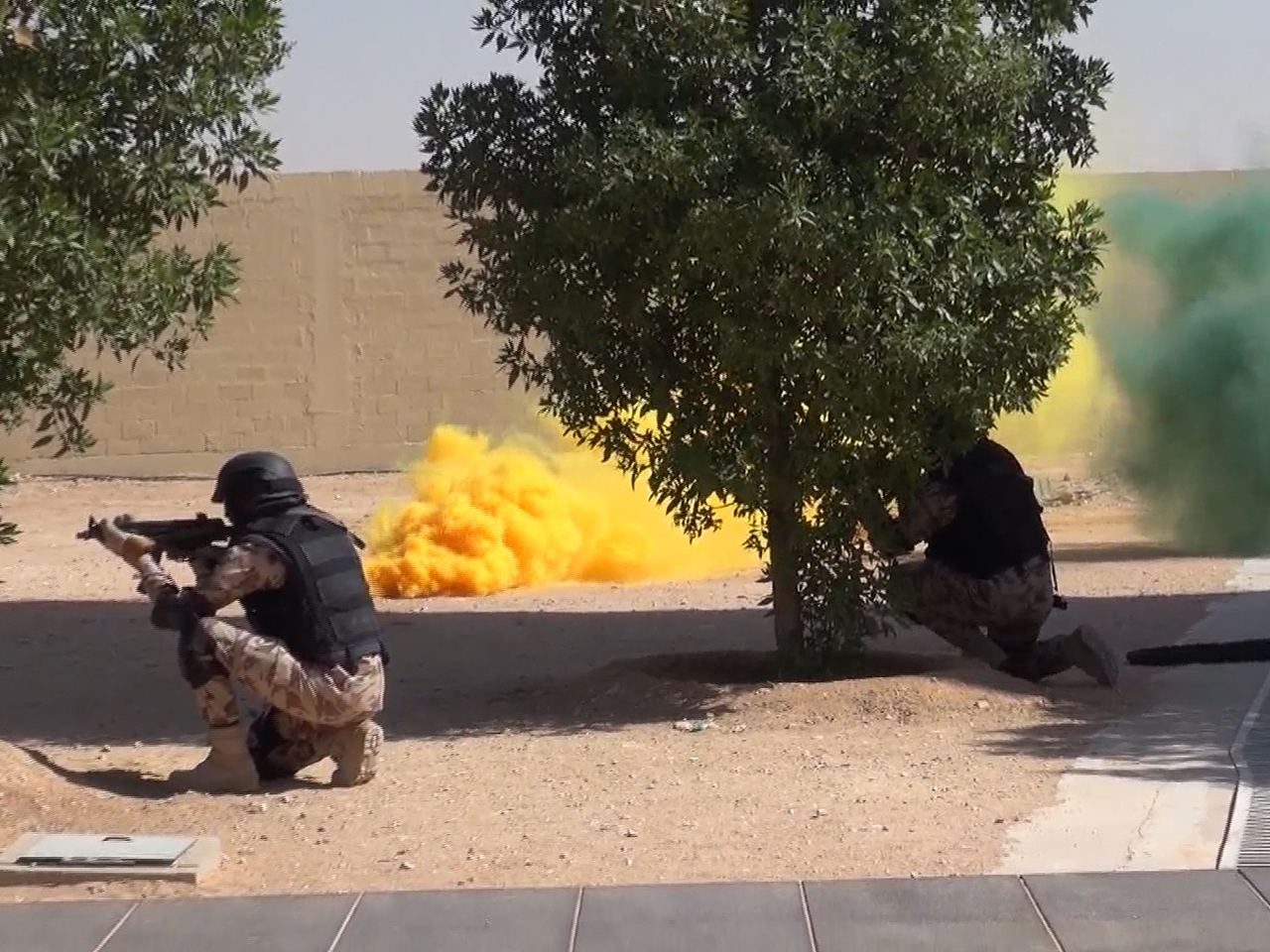 JEDDAH, Saudi Arabia -- There are hundreds of young Saudi Arabian men fighting with the Islamic State of Iraq and Syria (ISIS), and the kingdom has a long history of links to Islamic extremism, but its leaders are keen to show their nation is also victim to terrorism, and is working hard to thwart attacks.

CBS News' Holly Williams was given rare access by Saudi authorities to witness first-hand the kind of training the kingdom's elite soldiers get in counter-terrorism operations.

Just like leaders in the U.S. and Europe, Saudi authorities fear young men who have fought with ISIS could come home and target their own government.

At a special forces training base, Williams saw troops training to repel terrorist attacks; everything from assassination attempts and plane hijackings, to suicide bombing attempts.

Dozens of Saudi men have blown themselves up in Iraq and Syria as "martyrs" for ISIS.

With the explosives rigged to detonate at a safe distance, Lt. Col. Husam Al-Shethry showed Williams the devastation a suicide bomber can cause.

They demonstrated to Williams and her team so many different explosives, that it left their nerves rattled.

But that was clearly the whole point; the nation often labeled with links to Islamic terrorism wanted to show that it is doing its best to fight extremists on its own turf.

"Terrorist acts, terrorist movements, innovative terrorists come up with new tools and new ways," Lt. Col. Al-Shethry told Williams, "and we try to counter that as much as possible."

Saudi officials have also cracked down on mosques and Muslim clerics who helped recruit young men for terrorist groups. But they told Williams that ISIS and other jihadist groups have largely moved their recruitment efforts online.

They also warned that ISIS is better organized and more dangerous than al Qaeda ever was.