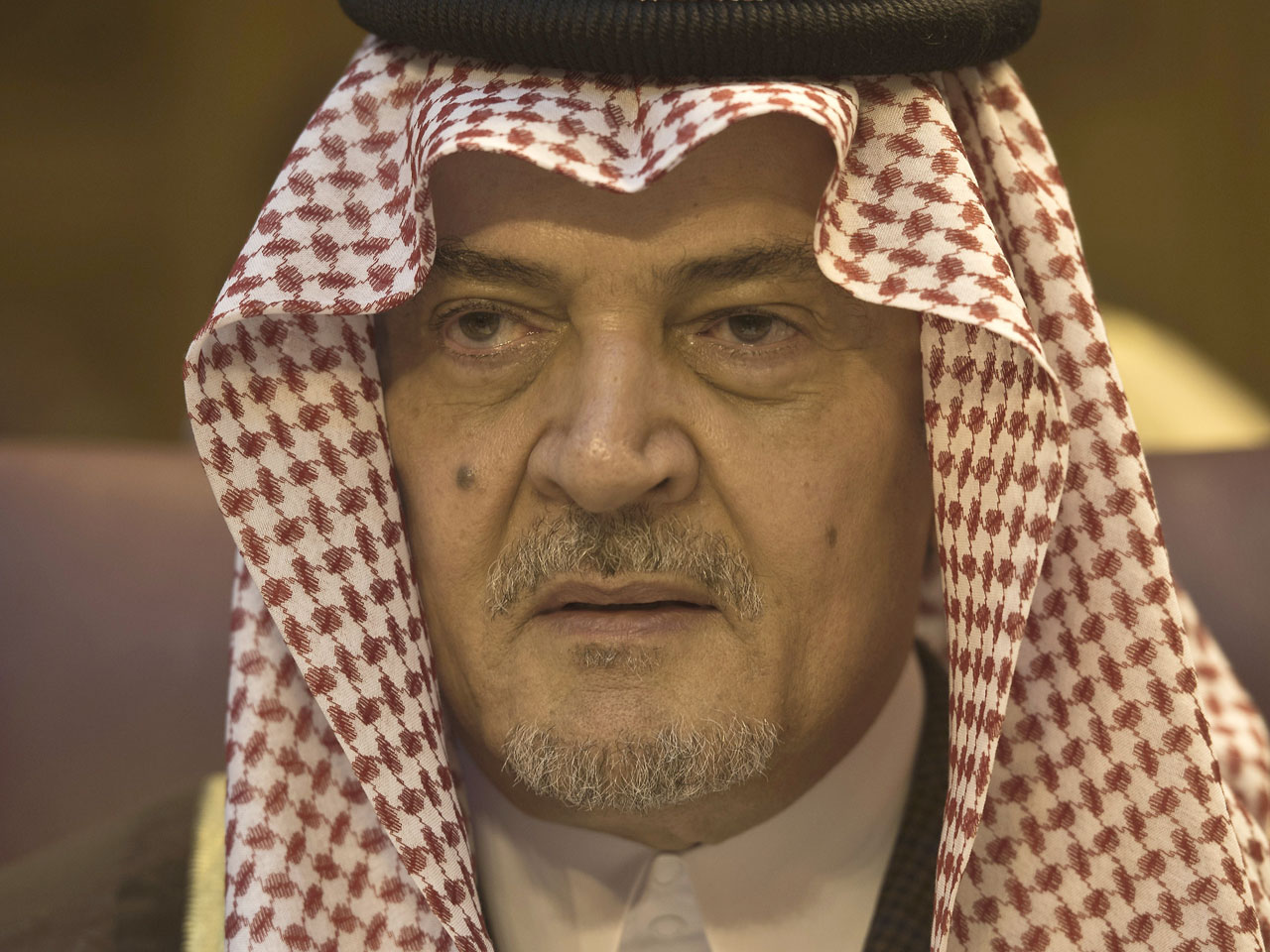 On the same day that U.S. Secretary of Defense Chuck Hagel arrived in Jeddah, Saudi Arabia, 500 miles away in the capital Riyadh, the Saudi foreign minister announced to reporters that he had invited Iran's foreign minister, Mohammad Javad Zarif, to visit the Kingdom.

"We sent an invitation to the foreign minister to visit Saudi Arabia, but this intention to visit has not become a fact ," said the Saudi minister, Prince Saud al-Faisal. "But any time he sees fit to come, we are ready to receive him. ... Riyadh is ready to negotiate with Iran."

It is seemingly a remarkable, even historic event between the two leaders and adversaries in the Muslim world.

The Saudi invitation almost certainly has something to do with the unending, devastating civil war in Syria, where Iran supports Syrian President Bashir Assad, and Saudi Arabia supports the fractured moderate opposition, which has been losing out to the radicals of the hard-line al-Qaeda cell, the "Islamic State of Iraq and the Levant" (ISIL), scaring Saudi Arabia. The Saudis are afraid that ISIL wants to eventually turn their guns on Saudi Arabia.

On May 6, the Ministry of the Interior announced that it had broken up an ISIL cell of 62 people in Saudi Arabia. The Saudi Kingdom is also worried about the American outreach to Iran, which the Saudis have considered naive appeasement. President Obama visited Saudi Arabia on April 28, but only for an evening.

The Saudi outreach, while important, is not unprecedented. In August 2012, King Abdullah of Saudi Arabia invited Iranian President Mahmoud Ahmadinejad to attend an emergency summit on Syria of the Organization of Islamic Cooperation (OIC). The two leaders sat together briefly, and symbolically, at the reception. Syria was suspended from the OIC.

A year ago, King Abdullah spoke publicly against Assad for the first time, calling on him, a fellow Arab, to "stop the killing machine," in a war which has seen over 200,000 killed. The King's statement showed that it was against Iran.

In late April, Saudi Arabia held its biggest military exercise in history, code-named "Abdullah's Shield," in honor of the King's ninth anniversary in power, with 130,000 Saudi troops, in the eastern province of Hafr al-Batin, facing Iran and Iraq. It was a message to both Shia-dominated countries, and to the U.S. It is reported that it showed for the first time the Chinese-made CSS-2 intermediate-range ballistic missiles that were allegedly purchased secretly from China, now one of its main purchasers of oil, in 1987.

After Iranian President Hassan Rouhani won the election in June 2013, King Abdullah published a congratulatory message to him. In August, Rouhani responded at his first press conference, acknowledging the importance of ties between the two nations.

Saudi Arabia blames Iran for meddling in Iraq, Lebanon and Yemen, and Iran protests Saudi treatment of Shia protesters in Bahrain and in Saudi Arabia's eastern province, where, again, Saudi Arabia says Iran is trying to cause trouble.

Finally, Saudi Arabia is upset that it has not been included in the so-called P5 plus 1 (U.S., U.K., France, Germany, China and Russia) talks with Iran over its controversial nuclear program.

Saudi Arabia knows that it does not possess the military power of Iran, which is why the most important guest at the "Abdullah Shield" exercises was General Raheel Sharif, chief of staff of the Pakistani Army, which oversees Pakistan's fast growing nuclear arsenal and has close ties to Saudi Arabia.

Said one Saudi official this week: "The Iranians, surrounded on all sides by Sunnis, except in Iraq, given to them on a gold platter by the Americans, are worried about Sunni extremists there, (and) are more afraid of the Arabs than the Arabs are of the Iranians."

That may be true, but that may be also is wishful thinking. The United States remains Saudi Arabia's most important ally, but the Saudis are wary. Secretary of Defense Hagel, like President Obama, will be discussing Iran, Syria, and American plans, with Saudi leaders.