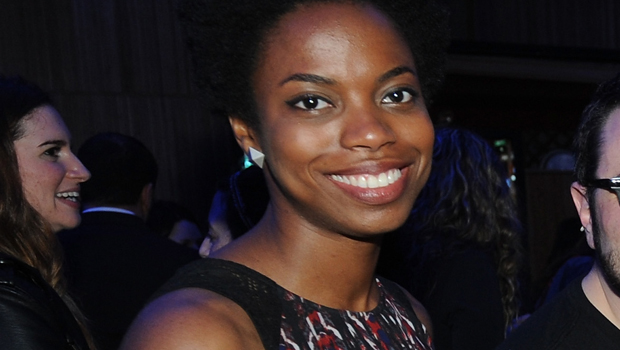 "Saturday Night Live" is adding a black woman to its cast after being criticized for a lack of diversity.

NBC said Monday that Sasheer Zamata will join the sketch comedy series next month. She'll make her debut on the Jan. 18 episode with Drake as host.

Zamata is a recent University of Virginia graduate who has worked for the Upright Citizens Brigade comedy group in New York.

"SNL" hasn't had a black woman among its regular cast members since Maya Rudolph left in 2007. It has had four black women in its regular troupe since premiering in 1975.

It became an issue earlier this season after the show's two black male cast members, Jay Pharoah and Kenan Thompson, made comments about the absence. It also was joked about onscreen when Kerry Washington of "Scandal" was a guest host. At the top of that episode, an "SNL" producer apologized for the number of black female characters Washington would need to play that night.

According to Deadline, Zamata was one of 12 women who received callbacks and were invited to test on the "SNL" stage on Dec. 16.

That same month, "Saturday Night Live" executive producer Lorne Michaels told The New York Times it was "100 percent good for the show to have an African-American woman" in its ranks.