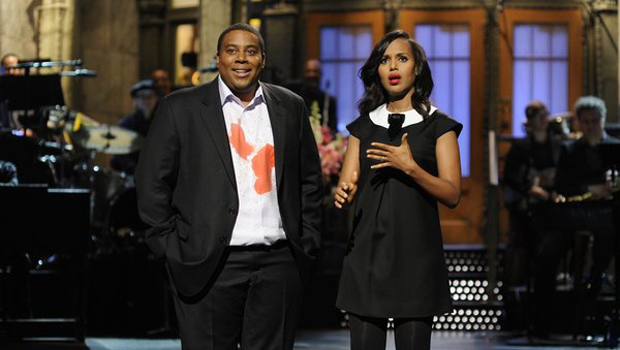 "Saturday Night Live" plans to add one or two black female performers to its cast as soon as January.

A representative for the NBC sketch-comedy show on Thursday confirmed reports it's answering complaints about its lack of diversity by staging showcases to choose at least one black female cast member and to hire her within weeks.

In recent weeks, the show has seen two dozen candidates in Los Angeles, Chicago and New York. One of the hopefuls shared this photo from one such audition on Instagram:

"All told we've seen about 25 people," executive producer Lorne Michaels told The New York Times. "A lot of the people we saw are really good. Hopefully we'll come out of the process well."

He added that it’s "100 percent good for the show to have an African-American woman" in its ranks.

A special audition for seven or eight finalists will be held Monday on the "SNL" stage in Manhattan, according to the Times.

Criticism for the show's lack of diversity was spurred this fall by its only black cast members, Jay Pharoah and Kenan Thompson.

Thompson voiced weariness at being obliged to play black female characters in drag. Pharoah lobbied for the addition of a specific comic, Darmirra Brunson, of the OWN sitcom "Love Thy Neighbor."

"SNL" has had just four black women in its regular troupe since premiering in 1975. The most recent one, Maya Rudolph, left the show in 2007.

"It's not like it's not a priority for us," Michaels said in an interview with The Associated Press in early November. "It will happen. I'm sure it will happen."

Days later, the show poked fun at itself for having no black women among its 16 regular cast members, with "Scandal" star Kerry Washington as guest host.

At the top of the show, an "SNL" producer apologized for the number of black female characters Washington would need to play that night.

"We make this request both because Ms. Washington is an actress of considerable range and talent and also because 'Saturday Night Live' does not currently have a black woman in the cast," the producer told viewers. "We agree this is not an ideal situation and look forward to rectifying it in the future -- unless, of course, we fall in love with another white guy first."