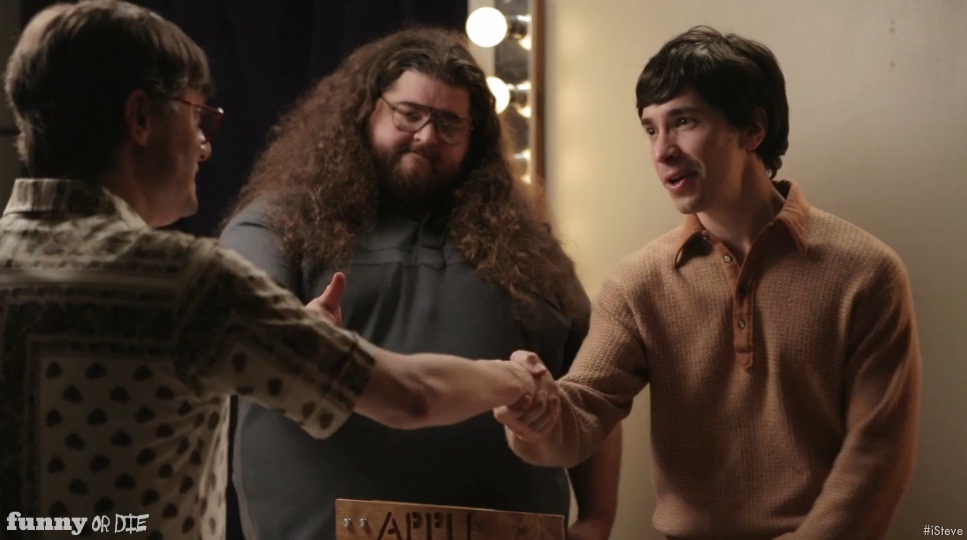 If you have eagerly awaited the release of a Steve Jobs movie -- any movie -- your patience has paid off.

"iSteve," a 79-minute satirical movie based on the life of the iconic Apple co-founder, was released today by comedy website Funny or Die. The site was previously known for "The Landlord," a two-minute clip featuring actor Will Ferrell and co-creator Adam McKay's 2-year-old daughter that's since tallied more than 80 million views.

"In true Internet fashion, it's not based on very thorough research -- essentially a cursory look at the Steve Jobs Wikipedia page," Ryan Perez, "iSteve" writer and director, told The New York Times. "It's very silly. But it looks at his whole life."

This movie shouldn't be confused with two other movies covering different aspects of Jobs' life. "Jobs," which stars Ashton Kutcher as Jobs, premiered at this year's Sundance Film Festival. But the film received mixed reviews, mostly due to reviewers' issues with the story but not Kutcher's performance as the iconic CEO. That film was originally set to open Friday, but its release has been postponed to an unannounced date, likely for marketing purposes.

Another, separate production, penned by "The Social Network" and "The West Wing" writer Aaron Sorkin, follows Jobs in three scenes of his life and is expected to be released later this year.