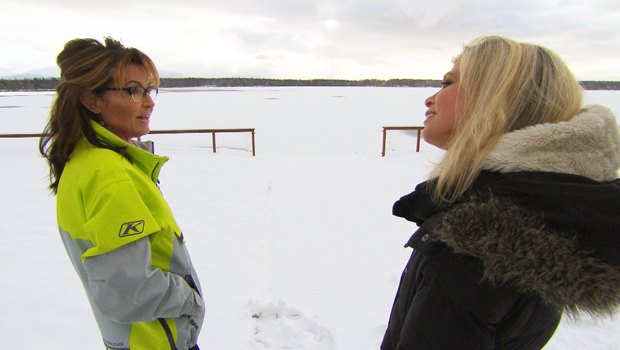 "He really does remind me of one of my uncles," she tells CBS News correspondent Tracy Smith, in an interview to be broadcast on "Sunday Morning" November 15. "He's like the uncle who maybe lives in your attic and ... comes down once in a while in order to entertain at a party.

Smith catches up with Palin at her home in Wasilla, Alaska, where the former governor talks politics and her run for the vice president's job in 2008; her thoughts on Donald Trump; her new book, "Sweet Freedom: A Devotional"; and her life today.

Palin says one of the toughest parts of 2015 for her was the cancellation of her daughter Bristol's wedding, which was followed by news that the single mom was also pregnant with her second child. "That was a bit of a climactic, 'Oh doggone, what happened there' issue," Palin says.

Palin tells Smith Bristol is an "awesome mom," and that she views her soon-to-arrive granddaughter as a blessing.

Still, she admits, there are some who may see having a single daughter with two children as going against everything she's stood for in conservative politics.

"Well, the cool thing about putting your faith in God is, He certainly is a God of second chances, and third, and fourth, and fifth chances," Palin said. "I screw up all the time."

Michael Mann on the prequel/sequel novel "Heat 2"
Thanks for reading CBS NEWS.
Create your free account or log in
for more features.
View CBS News In
CBS News App Open
Chrome Safari Continue
Be the first to know
Get browser notifications for breaking news, live events, and exclusive reporting.