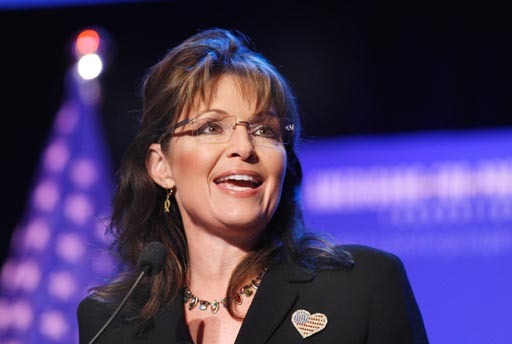 That's right, pot smokers: You have something of an ally in Sarah Palin.

The former Alaska governor appeared on Fox Business Network last night, along with libertarian-leaning Republican Rep. Ron Paul. Paul is a longtime advocate of decriminalizing drugs at a federal level and leaving the issue to the states, something Palin would not endorse.

"If we're talking about pot, I'm not for the legalization of pot," Palin said, as Politico first noted. "I think that would just encourage especially our young people to think that it was OK to just go ahead and use it."

But she went on to say that police should not focus on arresting people who use marijuana recreationally.

"I think we need to prioritize our law enforcement efforts," Palin said. "And if somebody's gonna smoke a joint in their house and not do anybody else any harm, then perhaps there are other things our cops should be looking at to engage in and try to clean up some of the other problems that we have in society."

She added that marijuana use "relatively speaking" is a "minimal problem" in the country.

Palin has admitted to smoking when it was legal for personal use in Alaska, saying she "can't...say that I never inhaled." The state recriminalized the drug in 2006.

In the Fox Business interview, Paul said the federal government should get out of the war on drugs, calling it a "useless battle."

"Just nullify all those laws," he said.

Watch the discussion above. The conversation about marijuana begins at the 13:00 mark.