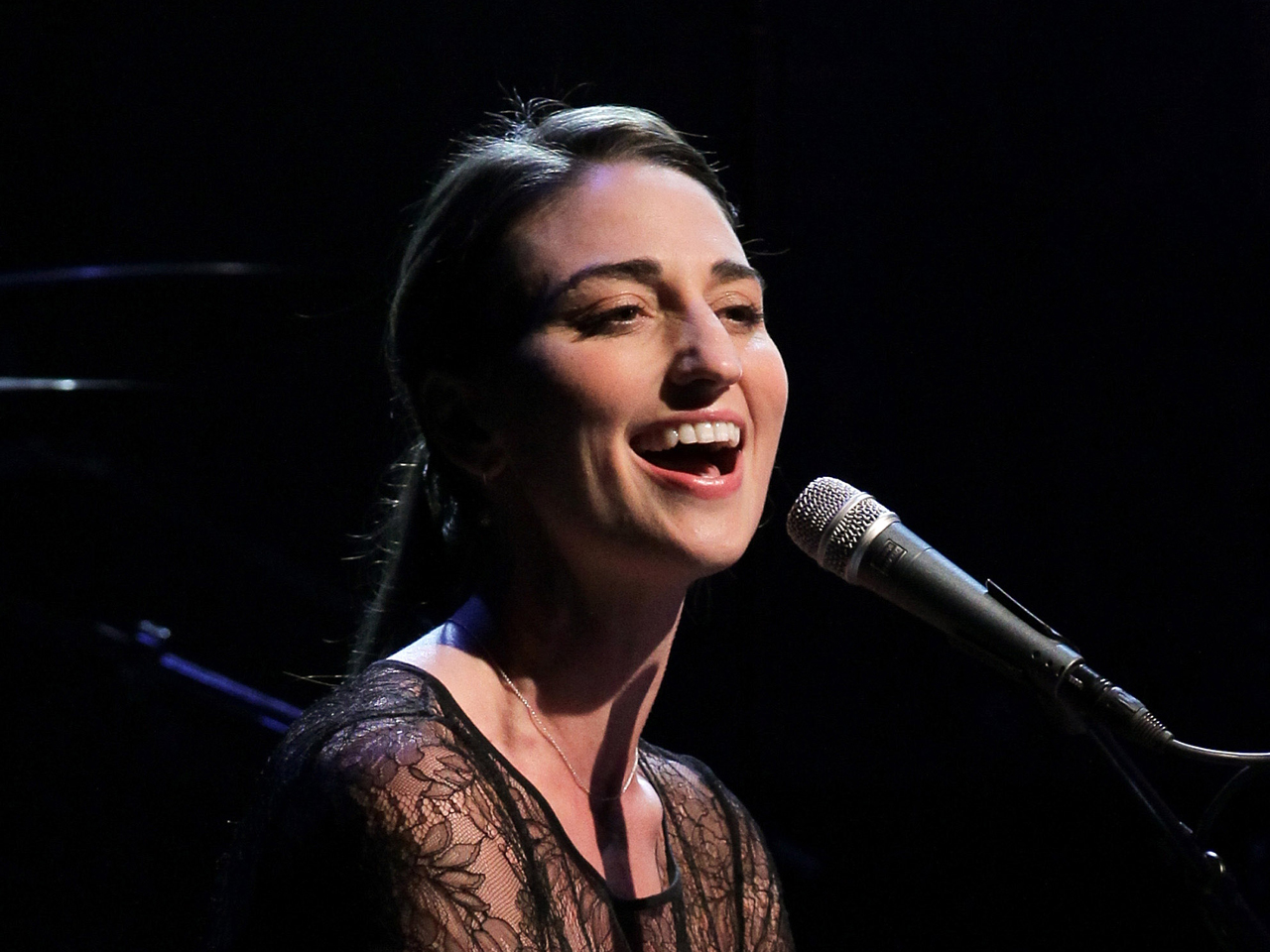 The lyrics Sara Bareilles sings, such as on her Grammy-nominated song "Brave," never hold anything back, and they've won her a devoted following. With Ben Tracy, we "Take Note":

Her music and her voice sound so sweet . . .

"So let me thank you for your time,
Try not to waste any more of mine,
Get out of here fast …"

But in many of her songs, what Sara Bareillis is actually doing is not-so-sweetly telling someone off.

"Who died and made you king of anything?"

"I might not say it to your face, but I'm sure as hell gonna put it in a song!" she laughed.

"I think some people will find that surprising because you seem so nice," said Tracy.

"I swear like a sailor. I find great joy in being a little bit sassy and crass, and -- I don't know, going against the grain a little bit. I find a lot of joy in that."

Bareilles' 2007 debut single "Love Song" was the singer-songwriter's response to her record label. It was pressuring her to write radio-friendly hits.

"I'm trying to let you hear me as I am!
I'm not going to write you a love song
Because you asked for it,
because you need one, you see."

It was, Bareilles said, "kind of a nasty song, but it was very tongue-in-cheek, which is so me to, like, be nasty in a passive-aggressive way!"

The irony was that, after writing what was basically a kiss-off to record executives, Bareilles got the phone call: "'We love it! We're on board!' Are you crazy? Who's playing this joke on me?"

"Love Song" was no joke. It was the #1 song of 2008 on Billboard's adult contemporary chart -- and it earned Bareilles a Grammy nomination for Song of the Year.

She's now back in the hunt for Grammy gold with her new album, "The Blessed Unrest." It snagged a coveted nomination for Album of the Year.

That surprised many in the industry -- including Bareilles.

She described her reaction as "kid-at-Christmas excited."

"I was trying to text my family and my hands were shaking," she told Tracy. "It was just this moment of sheer joy.

"It made me look back at the record itself, which was such a labor of love and a lot of pain as well. It was a really hard record to make. And it was the product of a tough year in my life."

Bareilles ended a long-term relationship with her boyfriend, parted ways with her band of 10 years, and moved from Los Angeles to New York.

"I didn't feel like I was on fire in any aspect of just who I am and who I want to feel like I am in my soul," she said.

"Not to go all therapist on you, but did you figure out what was missing?" Tracy asked.

Her uncertainty about herself may seem at odds with her latest hit, "Brave":

"I wonder what would happen
if you say what you want to say
and let the words fall out, honestly.
I want to see you be brave!"

She says "Brave" was inspired by seeing a gay friend struggle with coming out. But when nurses and cancer patients at a Minnesota hospital posted this video online, "Brave" became an all-purpose face-your-fears anthem.

"It just felt like I was watching the song take flight and take on a life of its own," Bareilles said. "It was becoming something bigger than it had even been intended to be. And that's always -- oh my gosh, what an amazing hope for something you create."

It also created a bit of controversy. Three months later, Katy Perry released her hit, "Roar." She was accused of copying Bareilles' song.

"I mean, I can't say that I think that they don't sound similar," Bareilles said. "I've known Katy a really long time and we're friends. And at the end of the day, it was really only good for my song. So, thank you, Katy Perry for that!"

Armed with morning coffee, Bareilles took Tracy to one of her favorite spots, the canals of Venice, in Los Angeles. She lived near here for six years, and Venice is where she's written much of her music.

"It's just so charming, so different," she said. "You wouldn't expect this was in the middle of L.A."

Bareilles grew up in the northern California city of Eureka. Her mom worked in a funeral home; her dad was an insurance adjuster. Bareilles taught herself to play piano.

She sang at Dodger Stadium when she was 14 years old, and played Audrey in a high school production of "Little Shop of Horrors" (left).

She admits to being addicted to musical theatre.

"It was like 'Phantom of the Opera' sweatshirt, hair in braids and singing at the top of my lungs," she said.

"Add some pink jeans and like a weird hat!" Bareilles said. "I know! I've always been sort of a fashion icon."

During college at UCLA, she played small shows all over Los Angeles. She was a regular at a Chinese restaurant called Genghis Cohen. It's where Bareilles started growing her fan base.

The smallest crowd she ever got for a performance there?  Seven. She said she knew all of them.

But then she met some guys in a band named Kara's Flowers. They eventually called themselves Maroon 5. Front man Adam Levine took Sara Bareilles out on tour.

"Those boys changed the trajectory of my life in a big way, and yeah, I'm forever grateful," she said.

Most of Bareilles' songs are deeply personal. She says she needs to write her own music in order to feel like she is being honest.

"Most of the time I find it's easiest to sort of write about my own experiences. I'm very narcissistic!" she laughed. "I have a lot of important things to say and a lot of songs to write about it."

So is she very busy, Tracy asked?

"I'm really busy with my own brain," she laughed.

Which is why she still doesn't have time to write just any love song because someone needs it.

"I mean what I say. The songs that I write come from my heart."