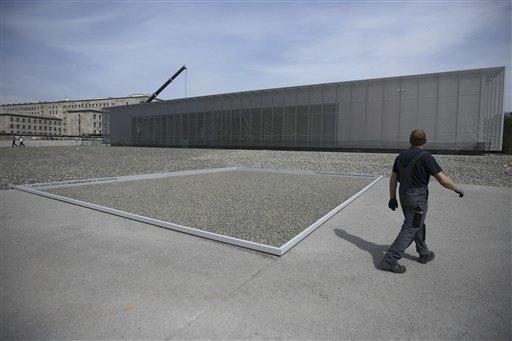 Imagine a world where microwave beams, a biodegradable oil slick or a shower of silver iodide from a plane would be enough to weaken or deflect a hurricane, saving thousands of lives.

Scientists say applications are decades away but the research is under way, an announcement that comes during a busy and deadly hurricane season in the Caribbean and Florida.

The techniques under study have not been tested on a real hurricane, but researchers using computer models say they have practiced introducing variations in precipitation, evaporation and air temperature to sap a hurricane's strength or redirect it.

The researchers say these changes could be brought about by beaming microwaves from a satellite to heat water vapor around a storm, or by using a biodegradable oil slick to limit ocean evaporation, the source of a storm's energy.

"Our research shows that modifying hurricanes could be possible one day," said Ross Hoffman, lead scientist with the U.S.-based consulting firm Atmospheric and Environmental Research Inc. Hoffman published an article about his research in this month's Scientific American magazine.

Funded by a $500,000 NASA grant, Hoffman said he has simulated 1992 hurricanes Iniki and Andrew and introduced subtle changes in computer models that altered the storms.

For Hurricane Iniki, which ravaged the Hawaiian island of Kauai, Hoffman changed conditions including temperature and humidity, and the simulated hurricane took a 60-mile swing west, missing Kauai.

With Andrew, the simulated hurricane still had damaging winds in Florida and the Bahamas but it was reduced from a severe Category 3 to Category 1.

Some experts are skeptical of fiddling with nature. The basic concept of Hoffman's research is sound but modifying hurricanes likely won't be possible anytime soon, said Frank Marks, of the National Oceanic and Atmospheric Administration's lab in Miami.

"It's kind of silly at this point," said Marks, director of hurricane research for the lab. "People don't realize how much energy we're talking about and the area involved. It's immense."

Hoffman said although applications are decades away and contingent on funding, his research suggests microwaves beamed from space could weaken or move storms.

In a separate project, research and inventing company Dyn-O-Mat Inc. also is studying how to weaken storms.

The project involves dispersing a super-absorbent powder, turning a hurricane's moisture into solidified gel, company president J.D. Dutton said. He said the powder — a "polymer-based substance" — has made clouds dissipate when sprinkled over them.

The Jupiter, Florida-based company eventually hopes to sell its patented idea to the reinsurance industry — companies that provide insurance to insurers — and governments if it has any impact on subduing hurricanes, Dutton said.

He said Dyn-O-Mat has contracted Evergreen International Aviation Inc., based in McMinnville, Oregon, to spray its powder from planes during next year's hurricane season, which runs from June 1 to Nov. 30.

The company doesn't need permission from any authority because the trials would be done over international waters, Dutton said. He said the powder used is nontoxic and the environmental effects would be minimal.

But the idea of controlling the weather has moral and environmental implications.

While the U.S. military is not involved with Hoffman's project, the Lexington, Massachusetts-based Atmospheric and Environmental Research counts the U.S. Defense Department as a client.

Hoffman said humanity should not worry about "weather wars."

"There is a U.N. convention in place that bans using weather modification as a weapon," he said.

Hoffman said the question is what could happen if a country modifies its weather, later causing effects such as drought elsewhere. "It would not be war, but it could have serious implications."

The U.S. government conducted hurricane research between 1962 and 1983 in a project dubbed "Stormfury." Government planes seeded clouds surrounding a hurricane's eyewall with silver iodide, which was supposed to alter the storm's eye and cause decreased wind.

"The results were ambiguous and the program was discontinued," Marks said.

While wind speeds decreased by 10 to 30 percent in four hurricanes, it couldn't be determined whether it was due to human intervention or nature. Hoffman said silver iodide remains a possible tool.

During the U.S. project, Cuban President Fidel Castro complained it was a means of warfare because rains and floods devastated the Cuban sugar crop. Mexico also claimed the U.S. research was depriving it of moisture and hurting agriculture.

Though many questions remain, some hurricane survivors say the research offers hope.

"I'm still trying to get things back in order and if there's something that could be done to avoid a reoccurrence, then I applaud that effort," said Leroy Francois, 29, whose home in Grenada was destroyed by Hurricane Ivan last month and who has been living with a neighbor ever since.