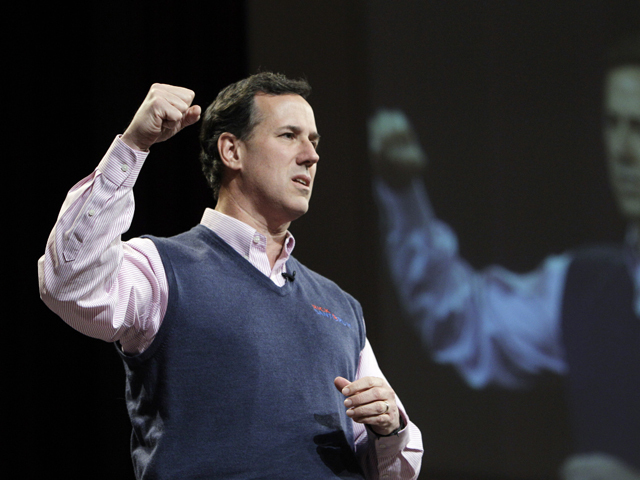 "No, of course not," Santorum said dismissively when asked by a National Journal-CBS News reporter whether he was comparing the two. "The World War II metaphor is one I've used 100 times in my career," he insisted.

But the comparison is a recent addition to Santorum's presidential campaign strategy, and it emerged as a theme in his speeches in the Midwest over the past few days.

"We're a hopeful people," Santorum said. "We think, 'Well, you know it'll get better. Yeah, he's a nice guy. I mean, it won't be near as bad as what we think. This will be okay.' I mean, yeah, maybe he's not the best guy after a while, after a while you find out some things about this guy over in Europe who's not so good of a guy after all. You know what, why do we need to be involved?" Santorum said.

"So with the optimistic spirit of America, sometimes, sometimes it's not okay. It'll be harder for this generation to figure it out. There's no cataclysmic event," he said.