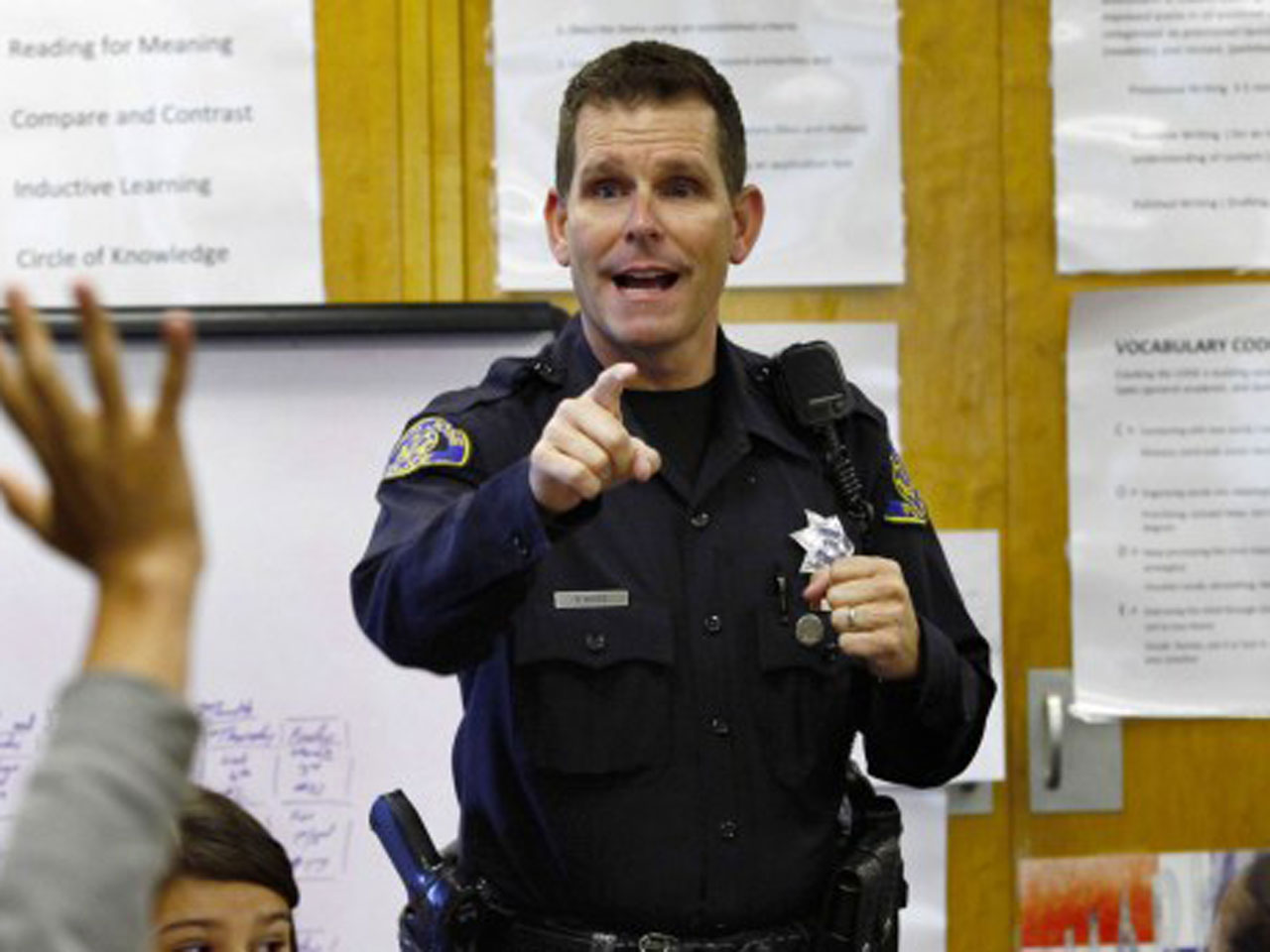 SAN FRANCISCO - A Northern California police department put one of its officers on leave Monday and is investigating threatening comments from his Twitter account about demonstrators who have participated in protests over the recent deaths of unarmed black men in Ferguson, Missouri and New York.

The San Jose Police Department said Officer Phillip White was sidelined after officials learned of statements made Saturday from his Twitter account.

In one of his tweets, White said: "Threaten me or my family and I will use my God given and law appointed right and duty to kill you. #CopsLivesMatter."

In another, he said he would be off-duty at the movies with his gun if anyone "feels they can't breathe or their lives matter."

The tweets and hashtag played on protest slogans "I can't breathe" and "black lives matter."

Efforts to reach White through the San Jose Police Officer's Association were not successful.

The tweets and White's Twitter account have been deleted amid a social media firestorm over the comments. White's department, union and a college where he coached basketball all condemned the comments.

"It is extremely important for the community to know the comments made on Officer White's private social media account do not reflect the thoughts or feelings of the men and women here at the San Jose Police Department," San Jose Police Chief Larry Esquivel said.

The department said it has received "numerous media inquiries" about White since the online news site Buzzfeed reported the officer's tweets Sunday.

"Offensive, disrespectful and inappropriate social media comments have no place in the public discourse surrounding the tragic loss of life from recent officer involved incidents," the San Jose Police Officers' Association said in a prepared statement. "We condemn these comments."

Raj Jayadev of Silicon Valley De-Bug, which works to promote a better relationship between minorities and police, told CBS San Francisco that White must be fired. "I saw venom and vitriol and I saw someone who is a walking danger and a walking threat who has a badge and a gun along with the state's authority to use it."

The San Jose Mercury News in October wrote about the 20-year veteran's success with a gang prevention education program for schoolchildren. The paper reported that the program was widely regarded for addressing life issues with youngsters, including choices and consequences, peer pressure and bullying and harassment prevention.

White was described as "really dynamic with the kids" in the story. The paper also described him as a "positive role model" for the children enrolled in the gang prevention program.