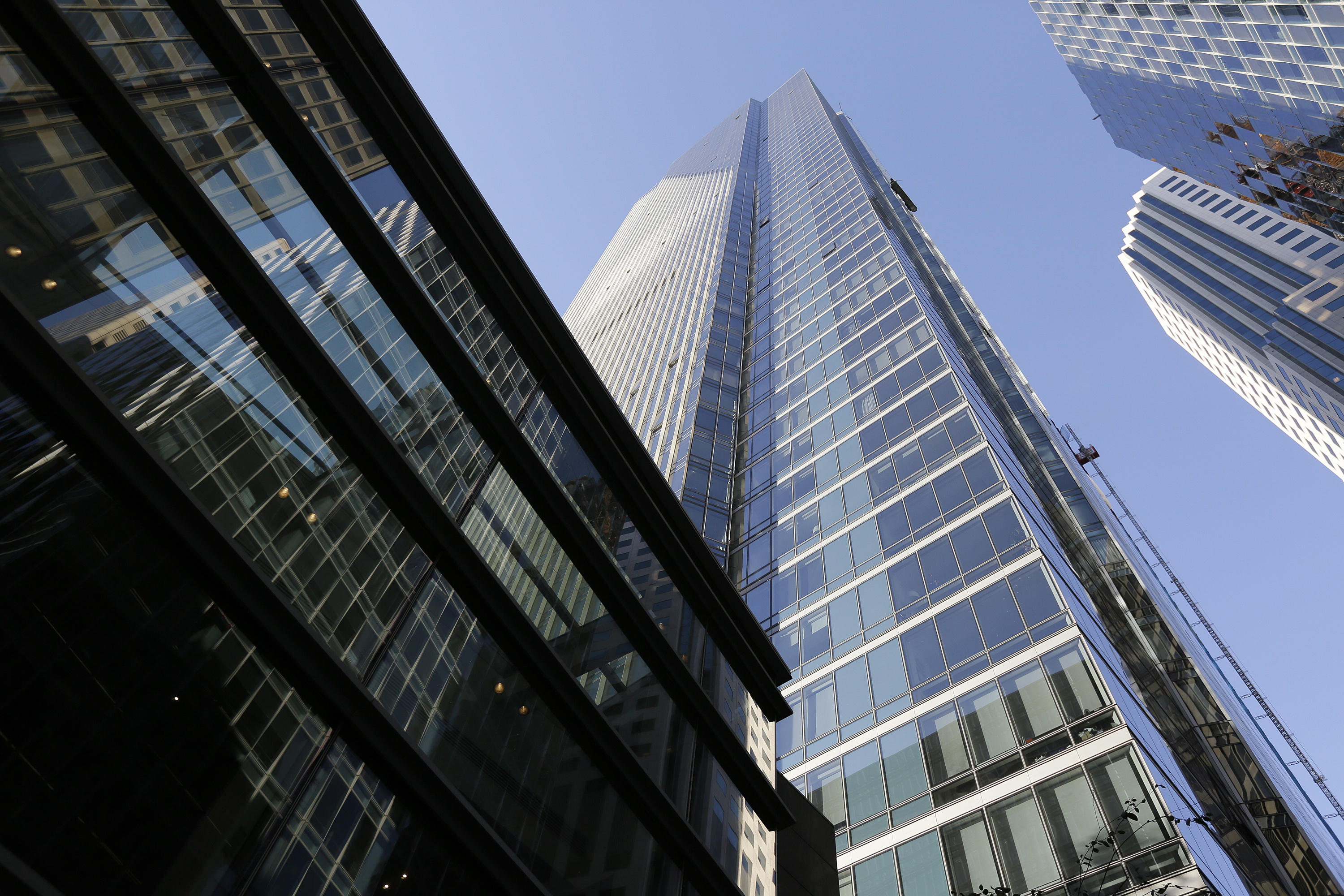 SAN FRANCISCO -- Engineers in San Francisco have tunneled underground to try and understand the sinking of the 58-story Millennium Tower. Now comes an analysis from space.

The European Space Agency has released detailed data from satellite imagery that shows the skyscraper in San Francisco’s financial district is continuing to sink at a steady rate -- and perhaps faster than previously known.

The luxury high-rise that opened its doors in 2009 has been dubbed the Leaning Tower of San Francisco. It has sunk about 16 inches into landfill and is tilting several inches to the northwest.

A dispute over the building’s construction in the seismically active city has spurred numerous lawsuits involving the developer, the city and owners of its multimillion dollar apartments.

Engineers have estimated the building is sinking at a rate of about 1-inch per year. The Sentinel-1 twin satellites show almost double that rate based on data collected from April 2015 to September 2016.

The satellite data shows the Millennium Tower sunk 40 to 45 millimeters -- or 1.6 to 1.8 inches -- over a recent one-year period and almost double that amount -- 2.6 to 2.9 inches -- over its 17-month observation period, said Petar Marinkovic, founder and chief scientist of PPO Labs which analyzed the satellite’s radar imagery for the ESA along with Norway-based research institute Norut.

“What can be concluded from our data, is that the Millennium Tower is sinking at a steady rate,” Marinkovic said in a telephone interview Monday from The Hague, Netherlands.

The data detected a small slowdown this summer but one that needs further analysis, he said, and does not change the overall data. “There is quite a steady subsidence.”

The Sentinel-1 study is not focused on the Millennium Tower but is part of a larger mission by the European Space Agency tracking urban ground movement around the world, and particularly subsidence “hotspots” in Europe, said Pierre Potin, Sentinel-1 mission manager for the ESA.

The ESA decided to conduct regular observations of the San Francisco Bay Area, including the Hayward Fault, since it is prone to tectonic movement and earthquakes, said Potin, who is based in Italy.

Data from the satellite, which is orbiting about 400 miles from the earth’s surface, was recorded every 24 days.

The building’s developer, Millennium Partners, insists the building is safe for occupancy and could withstand an earthquake.

The developer’s spokesman PJ Johnston said he had no direct comment on the satellite data but issued a statement saying that the Millennium Tower is a state-of-the-art building that was “designed and constructed to the extraordinarily high standards” mandated by San Francisco.

He reiterated the developers’ blame for the tower’s problems on the city’s construction of an adjacent railway station, which they say removed ground water from beneath the Millennium Tower that caused it to sink and tilt.

The city agency, the Transbay Joint Powers Authority, blames the building’s “inadequate foundation” which is not anchored to bedrock. The tower is supported by piles driven 60 to 90 feet into landfill.

Engineers hired by the building and its developers have drilled deep holes around the building to test soil samples to determine if the building has stopped sinking, and if there’s a way to fix it.

One of the building’s tenants, Jerry Dodson, says that developers have given tenants the impression that the sinking was slowing and stopping.

“To have the space agency looking at it debunks what (developers) have put out there. Now we know it’s continuing to sink at an accelerated rate,” said Dodson, an attorney who has helped organize homeowners lawsuits. “I can tell you that satellite data is way more accurate that digging in the dirt.”