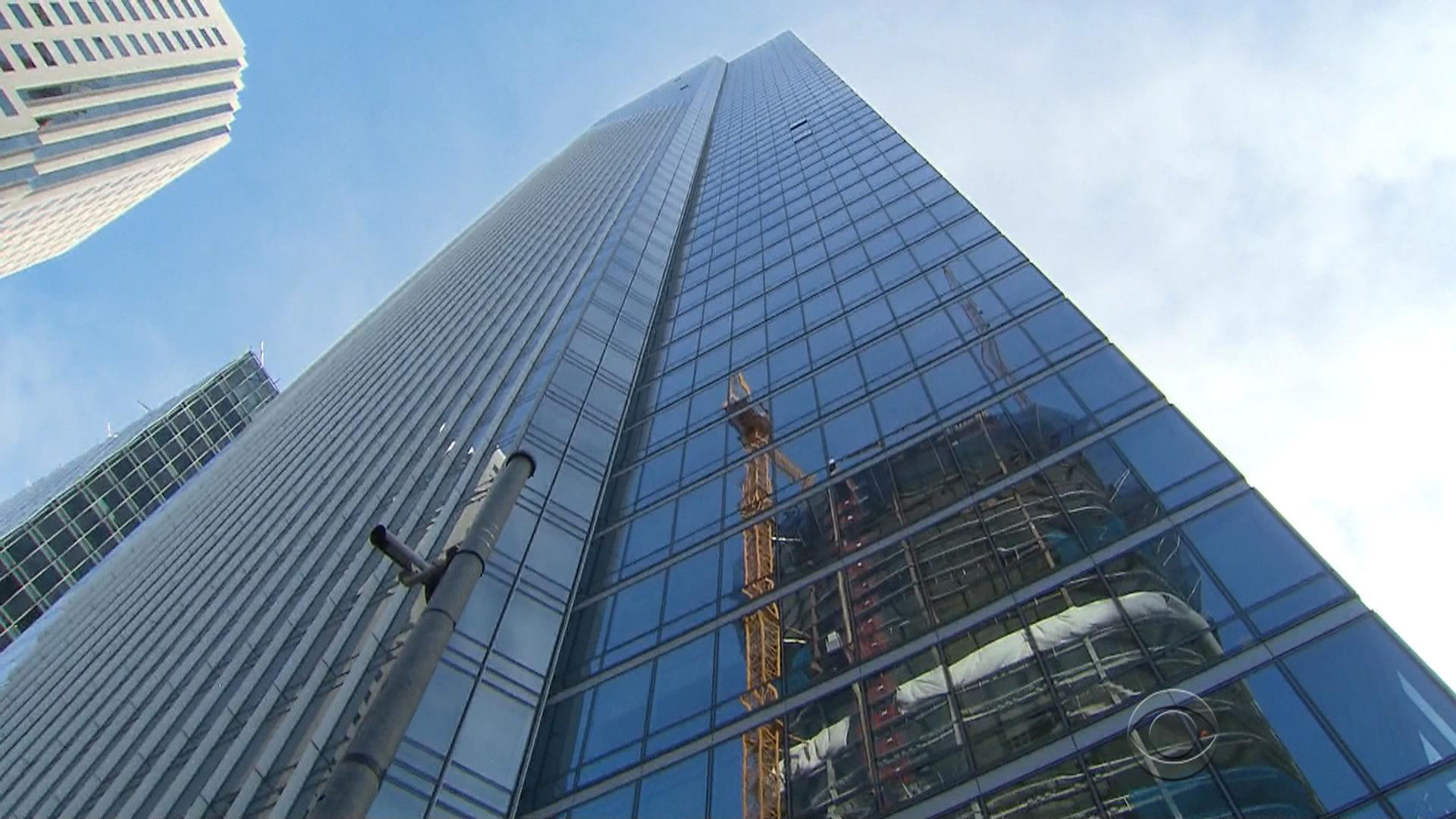 SAN FRANCISCO -- A luxury apartment building in San Francisco is listing towards the Pacific -- and sinking, quickly.

The views from the Millennium Tower were well worth the $2.1 million Pat and Jerry Dobson paid for their two-bedroom apartment, they say -- until they learned their 58-story building is cracking and sinking.

"At this point building has sunk 16 inches... It's leaning out 15 inches out towards the west from here," Jerry Dobson said.

The seven-year-old Millennium Tower has been home to sports celebrities like Joe Montana and Hunter Pence. It's a symbol of the runaway real estate market in San Francisco, and rated one of the top residential buildings in the world.

"The problem is, I guess, that the building is not tied into bedrock," San Francisco State University geologist Ray Sullivan said. He leads tours of the city's sinking and leaning building.

"I would be concerned if it accelerates and if the tilting continues," Sullivan said.

It turns out San Francisco's leaning tower has a lot in common with the world's most famous leaning tower, the Tower of Pisa, where engineers recently used a counter balance to help straighten it.

But Millennium hasn't discussed any plans for a fix. In a statement, Millennium Partners said: "...The building was designed and constructed to the extraordinary high standards established by the city and country of San Francisco for this type of structure."

The company blames a new transit center across the street for destabilizing its luxury tower.

For Jerry Dobson, the problem is more simple: that the building is not drilled into bedrock.

"That is the heart of the problem," he said.