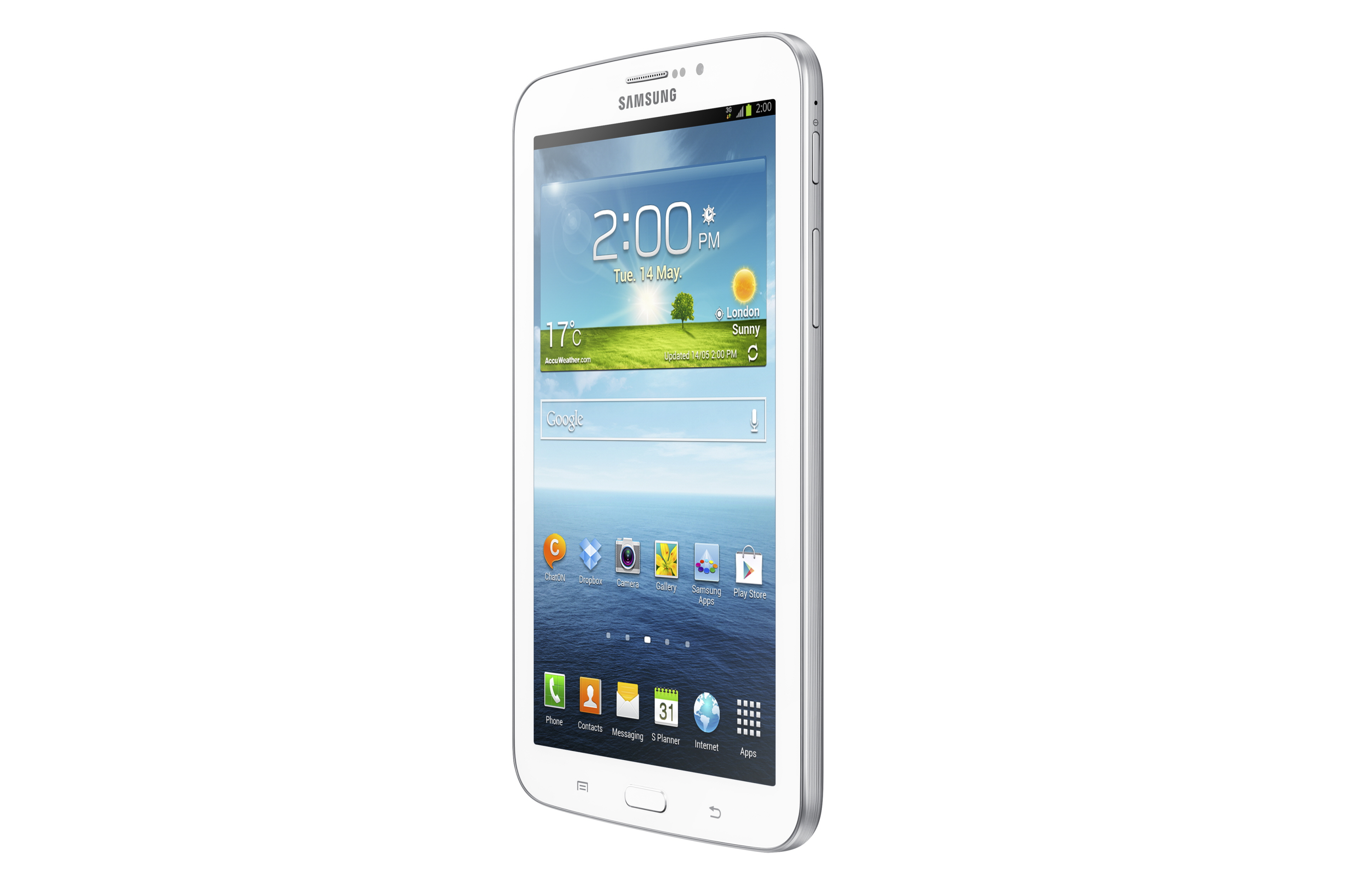 Samsung on Monday revealed the Galaxy Tab 3, a 7-inch tablet, a slim mobile device which may be able to directly compete with the smaller tablet ranges offered by rivals Apple, Amazon and Google.

The South Korean electronics maker's latest tablet offering sports a 1024 x 600 pixel screen -- although perhaps underwhelming at today's standards -- but is able to support full 1080p HD playback. The Galaxy Tab 3 is powered by a dual-core 1.2 gigahertz processor, and is available with either 8GB or 16GB of storage and 1GB of RAM.

In addition, Samsung's new mobile device comes with a microSD slot for up to 64GB of additional storage space.

The tablet uses the latest Android operating system, 4.1 Jelly Bean. In addition, the 111.1 x 188 x 9.9mm tablet sports a 3-megapixel rear camera and a 1.3 megapixel front camera system. The Wi-Fi only version weighs 302g, whereas the Wi-Fi/3G model is a touch heavier at 306g.

Pricing for the Samsung Galaxy Tab 3 is yet to be released.