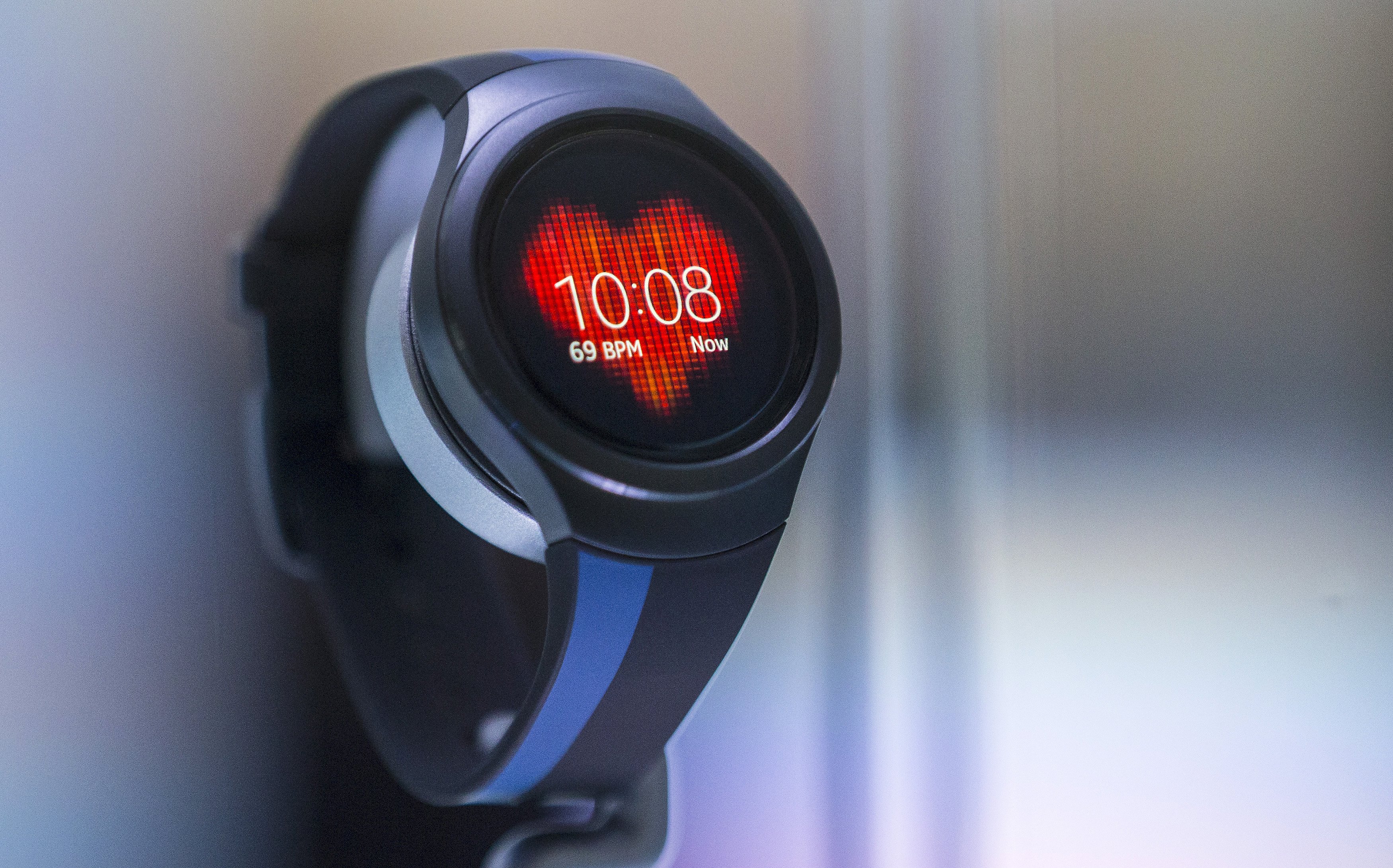 Looking to regain ground in the wearable market, Samsung on Thursday unveiled its newest smartwatch.

The Gear S2 is Samsung's seventh smartwatch and will be available in the United States starting in early October, CNET reports. Among its most striking features is a circular screen and rotating rim that lets users easily navigate through apps and features on the device.

It comes in two models. The Gear S2 has a modern, minimalist look and comes in a version that includes a built-in 3G capability. The more traditional Gear S2 Classic boasts a black body. Both models will last two or three days on a single charge and, unlike earlier models, can work with non-Samsung phones for the first time.

Samsung didn't reveal how much the Gear S2 will cost. Its previous devices have retailed for about $300.

"We found our inspiration in a simple, perfect shape, a circle, the symbol of wholeness, focus, revolution and completion," Young-Hee Lee, head of marketing for Samsung's mobile business, said during an event Thursday in Berlin's Tempodrome. "The circle is intuitive. As your body knows instinctively, a circle is functional. With every turn, your life gets better."

Samsung is among several companies that have rolled out computerized watches in an effort to challenge Apple, a relative newcomer to selling smartwatches.

Apple Watch was the leading smartwatch in the second quarter, with an estimated 4 million shipped worldwide, for a market share of more than 75 percent, according to Strategy Analytics. Samsung was a distant second with 400,000 shipped and a 7.5 percent market share.

However, the market is still nascent, and Apple Watch isn't an option for millions of people who use Android smartphones. Samsung's Gear S2 will work on Android. Meanwhile, watches running Google's Android Wear software will now work with Apple's iPhones.

Here's a look at how the watches compare and how the marketplace is shaping up in light of this week's developments at the IFA tech show in Berlin.

Although Samsung has been making smartwatches for about two years, its previous models have felt like miniature phones. Apps are presented on the rectangular screen the way they are on phones. You swipe on the screen to flip through pages of apps.

The Gear S2's interface is more fitting for a watch. The S2's circular frame can be rotated to scroll through notifications and apps, so your fingers won't tire out from endless swiping. The watch itself is also smaller - roughly the size of the larger version of Apple Watch. The original Gear S felt huge around wrists.

Samsung says about 1,000 apps should be available when the S2 launches. That's promising, though less than Apple Watch's 8,500 and Android Wear's 4,000. So far, many leading app developers have focused on Apple Watch and Android Wear instead, as Samsung watches use a little-known system called Tizen. Samsung is letting app developers customize watch faces, so you can see baseball scores from ESPN or the latest posts from Twitter.

Several manufacturers (but not Samsung or Apple) are making smartwatches based on Android Wear. Manufacturers can focus on designing the hardware, while letting Google worry about the functionality.

Consumers get choice, without compromising on app selection, as developers can write apps just once for multiple devices.

- Motorola's latest Moto 360 watches come in three lines - men's, women's and a premium "Sport" version for fitness enthusiasts. Sport will have GPS built-in, along with a screen that can adapt to bright sunlight, with high-contrast text and graphics for better visibility in glare. Mix and match sizes, bands and bodies for $300 to $430. The men's and women's watches will come out in late September. Prices and release plans for the Sport version will come later.

Despite its late start, Apple Watch has been the one to beat in terms of design, functionality and app selection. Its 18 hours of battery life is still short of what others promise, though. However, you still need an iPhone.

Some of the Apple Watch's limitations will be addressed with a free software update this fall.

With that, it will be possible for outside companies to write games and other apps that won't need a phone nearby. Apps will also be able to interact directly with sensors on Apple Watch - permitting apps that analyze golf swings, for instance.