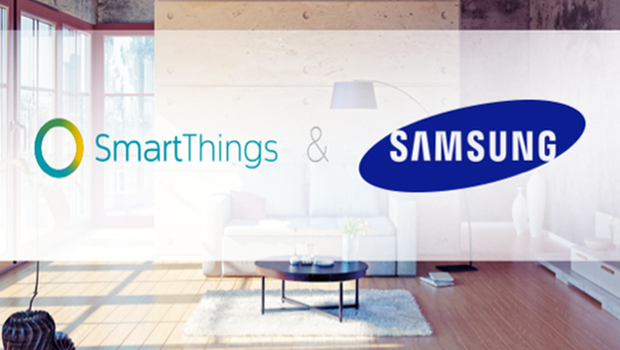 Samsung is treading deeper into the Internet of Things with the announcement Thursday that it has agreed to acquire SmartThings, an open platform for smart home devices.

"This idea of connected homes or smart homes is something Samsung has been thinking about for years," David Eun, head of Samsung's Open Innovation Center, or OIC, told CNET. "It became obvious to us [that] this idea of creating a really open platform and making it truly global was absolutely what the industry needed."

The idea of the acquisition is to pair Samsung's resources with SmartThings' platform so that the two can boost innovation in the Internet of Things. Companies across the tech and home-appliances sector, not to mention startups, are working on products that allow devices to talk to each other and connect to the Internet. Smart appliances allow people to do everything from turn on their air conditioners using a smartphone to remotely close the window blinds in their homes.

Tech reviewers have lauded SmartThing's ease of use and affordability, with CNET's Ry Crist recently calling it "one of the most appealing smart-home offerings."

SmartThings, which launched as a Kickstarter project in 2012, initially sought to create a tool to let people monitor and control their smart home devices with one mobile app. Since then, the company has grown and added several new partners, like Belkin, Sonos, and Philips. Currently, SmartThings' open platform supports more than 1,000 devices and 8,000 apps. It works with operating systems such as Android and iOS, and SmartThings CEO Alex Hawkinson said it will remain that way.

"A 100 percent requirement for me in this process was we were going to stay all open," Hawkinson told CNET. "We're retaining the brand, and our approach is all the same. ... We wouldn't have moved forward if that was not the case."

Even though Samsung is buying the company, SmartThings will remain independently run by Hawkinson. The company's headquarters will move from Washington, D.C., to OIC's base in Palo Alto, Calif., and more than half of SmartThing's 54 employees, plus Hawkinson, will head to California.

Eun said Samsung initially explored a partnership with SmartThings but quickly decided it was better to buy the company outright. The executives declined to provide terms of the deal but said it should close in the coming days.

OIC, the group Eun runs, is a key part of Samsung's push to expand in Silicon Valley and to build its software and services capabilities. The group runs accelerators in New York and Palo Alto, Calif., makes investments in early-stage companies, partners with startups, and acquires companies. Along with SmartThings, OIC also drove Samsung'sacquisition of DVR technology startup Boxee a year ago. The Internet of Things is one of many focus areas for OIC.

The home is viewed by many as the next big battlefront for tech companies. Apple in June announced at its Worldwide Developers Conference in San Francisco that it has added functionality in its upcoming release of iOS 8, through the HomeKit software platform, to integrate control for door locking, light dimming, and other home automation gadgets and features to iOS devices. And Google in January revealed plans to buy Nest Labs, the maker of the Learning Thermostat and the Protect smoke and carbon monoxide detector, for $3.2 billion in cash.

Samsung, which hopes to become the world's biggest home appliances maker by 2015, has made a big push of its own into the Internet of Things. The company in January unveiled a new foundation for the smart home that would allow users to manage all of their appliance and devices through a single application. Samsung and Nest also founded an Internet of Things standards group in July.

Eun said SmartThings will be complementary to Samsung's current efforts in smart home technology. Samsung Electronics, OIC's parent company, will continue its research and development in Internet of Things software, services, and devices, he said.

"The efforts we had before will absolutely continue at Samsung, but there are great opportunities to strengthen SmartThings," he said.

This article originally appeared on CNET as "Samsung snaps up SmartThings, embracing Internet of Things."