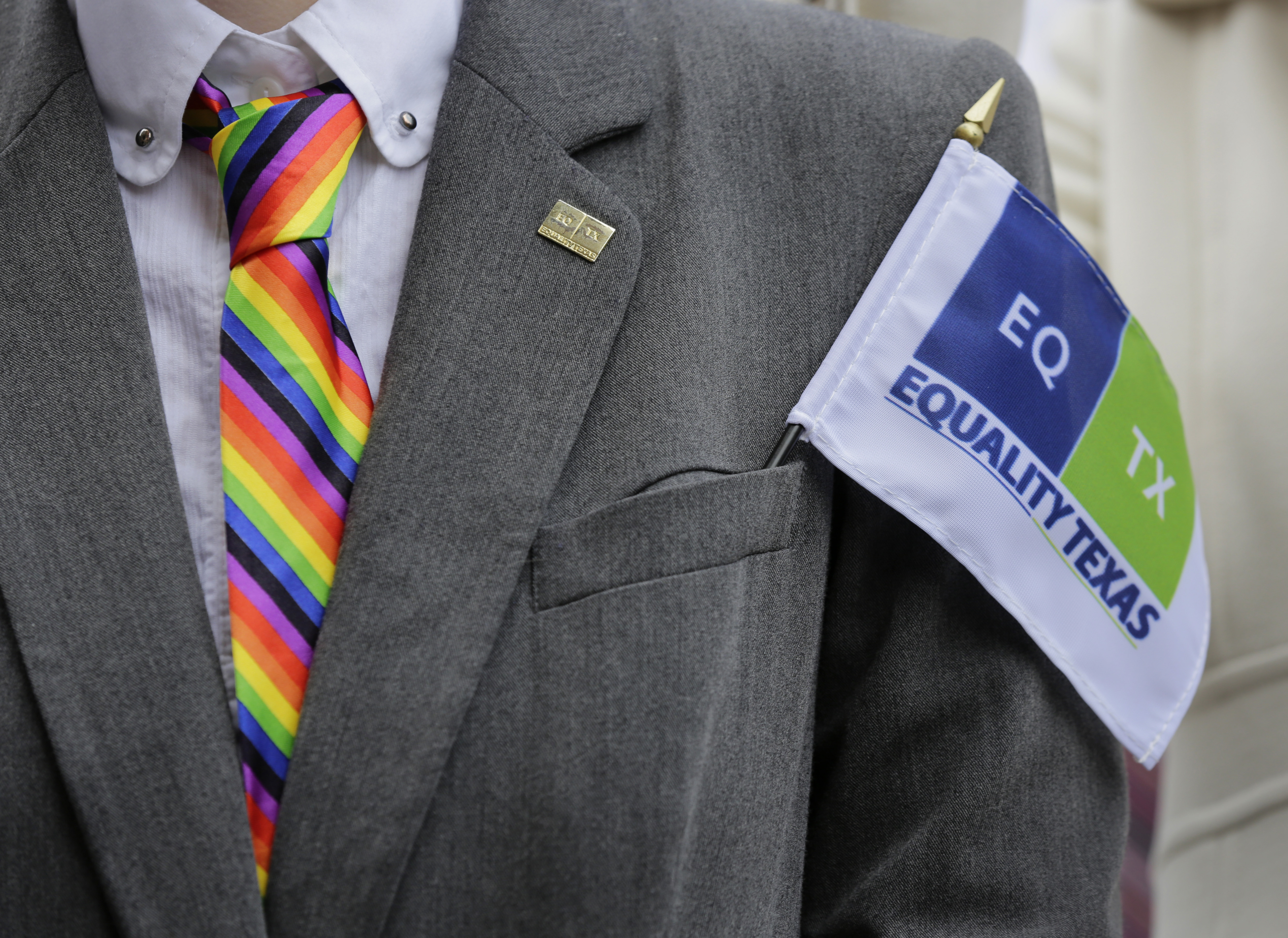 AUSTIN, Texas -- Defying Texas' longstanding ban on gay marriage, a lesbian couple wed in Austin on Thursday immediately after being granted a marriage license under a one-time court order because one of the women has cancer.

The women said their union was the first legal same-sex marriage since voters approved the ban in the fiercely conservative state in 2005, though Texas' attorney general immediately appealed to the state Supreme Court.

The court later issued an emergency stay that blocks other gay couples from obtaining marriage licenses but didn't address the Austin marriage.

Thursday's license was issued exclusively for and Suzanne Bryant and Sarah Goodfriend, who has ovarian cancer, in liberal-leaning Travis County. The Austin couple requested the license two days after a local probate judge ruled in an unrelated estate case that Texas' gay-marriage ban was unconstitutional. The couple -- together for more than 30 years -- cited the estate case, saying it should allow them to get married.

State District Judge David Wahlberg sided with the couple and directed the Travis County clerk to stop relying on "the unconstitutional Texas prohibitions against same-sex marriage as a basis for not issuing a marriage license." County Clerk Dana Debeauvoir said she issued the license, but that any other licenses must be court ordered.

Courts made a similar exception in Indiana for a lesbian couple in April because one of the women was dying of cancer and wanted her partner's name on her death certificate. A federal appeals court overturned Indiana's ban in September.

Attorney General Ken Paxton, a Republican who took office in January, filed for an emergency stay Thursday morning and took the unusual step of asking Texas Supreme Court justices to rule within the hour. Justices didn't heed the request.

"A stay is necessary to make clear to all county clerks that Texas marriage law remains enforceable until there has been final appellate resolution," Paxton wrote.

Texas' ban on gay marriage was ruled unconstitutional by a federal judge in San Antonio last year, but the judge put the ruling on hold amid the ongoing court fight. The state's appeal is currently before the 5th U.S. Circuit Court of Appeals in New Orleans.

"We are all waiting for a final decision on marriage equality," Debeauvoir said. "However, this couple may not get the chance to hear the outcome of this issue because one person's health."

Goodfriend, policy director for state Rep. Celia Israel, said during a midday news conference that her last chemotherapy treatment was four and a half months ago. But, she added: "All of us wonder if the cancer grows back along with the hair growing back."

Bryant, an Austin lawyer who works on adoptions for same-sex couples, said the couple's two children were legally adopted by both her and Goodfriend years ago. But she said a legal marriage would affect their finances and property rights, and if one of them dies, the other would inherit the other's property and be able to make medical decisions and funeral arrangements for the other.

"Financially now, we're intertwined, and we will have community property that we will share," she said.

Bryant said she and her wife couldn't control what the attorney general does. "If they want to come in and try to nullify this, they will," she said. "But we have a valid marriage license, and I don't think they can."

Still, the women said they hoped other couples would follow their lead. Their advice: "Have hope and have faith."

The couple was joined by their two teenage daughters when they married Thursday morning in a ceremony presided over by a rabbi. Bryant later released a statement saying they wanted to open the door for all families to have the right to marry in Texas.

Mark Phariss, who along with his partner are among those fighting the ban in federal court, said he was "thrilled" by news of the nuptials even though it's unlikely to impact the federal lawsuit. But he said the marriage could prompt other same-sex couples to seek similar exceptions, saying Bryant and Goodfriend's case "is evidence of the harm the ban is having on the state."

Before the state Supreme Court ruling, two same-sex couples had inquired about getting a marriage license in Travis County, chief deputy clerk Ronald Morgan Jr. said. Morgan said both couples were told that Thursday's order applied only to the one couple, but that the office was "committed to abiding by any future court orders related to this issue."