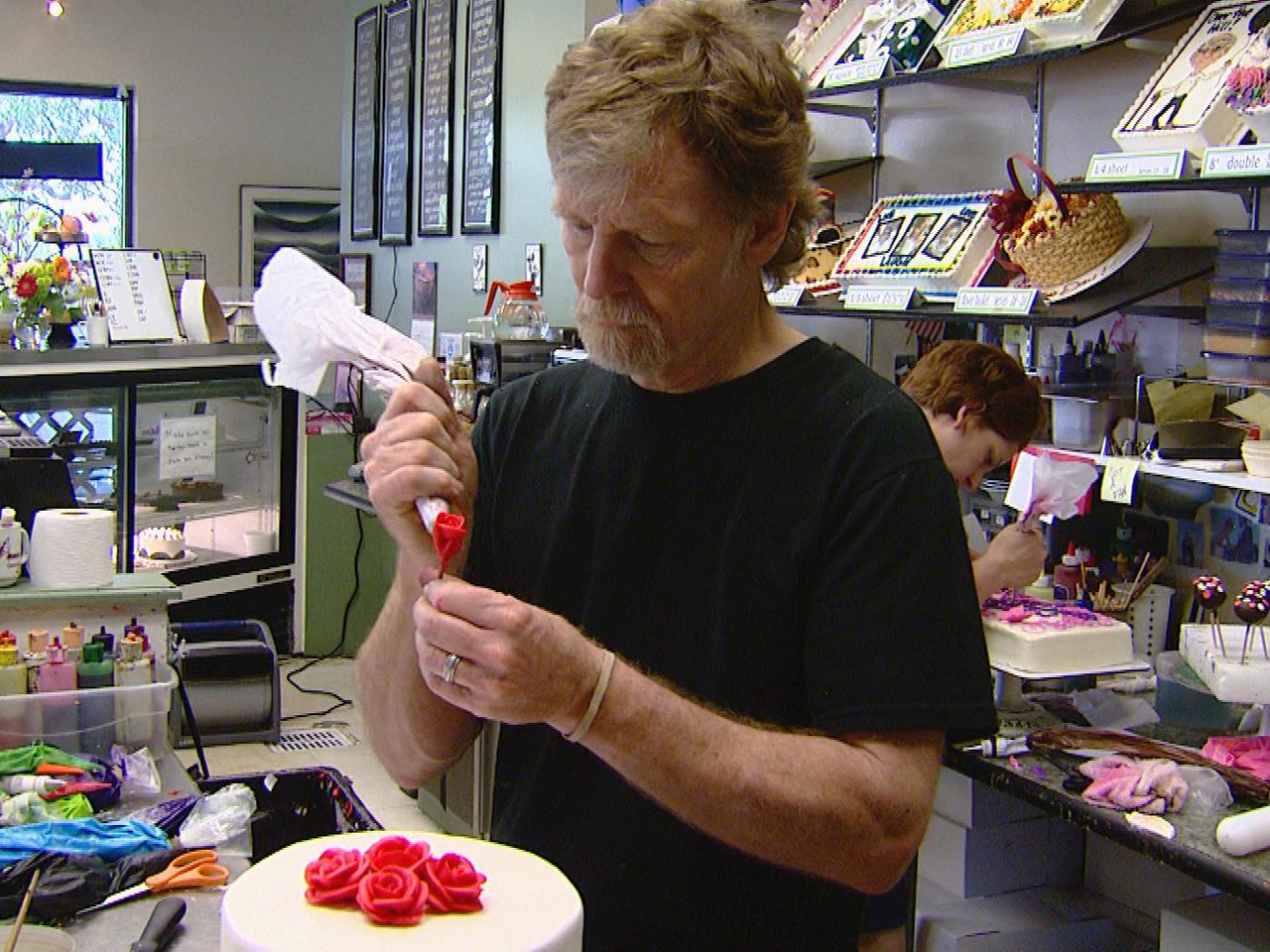 (CBS News) LAKEWOOD, Colo. - Chick-fil-A's president recently spoke out against same-sex marriage, sparking a huge uproar in the gay community, and now the issue is spilling over to a Colorado bakery, CBS Denver station KCNC-TV reports.

The owner of Masterpiece Cake Shop in Lakewood refused to bake a wedding cake for a local same-sex couple, and now people are pushing a boycott against the owner.

Shop owner Jack Phillips probably didn't think he was going to be wading into a civil rights debate when he told the couple that he would not make a cake for their wedding, but that's exactly what has happened.

Dave Mullin and Charlie Craig said they dated for nearly two years before getting engaged. They went into the Masterpiece Cake Shop thinking they'd spend a full day trying cakes for their ceremony. Instead the meeting lasted a few seconds.

"My first comment was, 'We're getting married,' and he just shut that down immediately," Craig said.

Mullin and Craig were stunned. They went online and posted their experience on Facebook. The response has been huge.

Dozens of protesters gathered outside the shop on Saturday and were very angry.

It wasn't the first time the shop turned down same-sex couples who wanted a cake. Phillips has received more than 1,000 angry messages about his stance.

"If gays come in and want to order birthday cakes or any cakes for any occasion, graduations, or whatever, I have no prejudice against that whatsoever," Phillips said. "It's just the wedding cake, not the people, not their lifestyle."

Some customers said they are now ordering cakes at the shop specifically because of the stance against same-sex marriage.

"We would close down that bakery before we closed our beliefs, so that may be what it comes to ... we'll see," Phillips said.

A larger protest is scheduled to take place next Saturday.