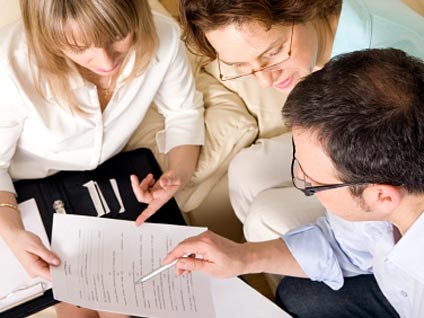 (MoneyWatch) Anyone in sales knows having a champion on your side at the prospects' company can work like magic. Recruiting those champions, or executive sponsors, is a critical step.

For example, take the recent sale of the Los Angeles Dodgers franchise as a high profile illustration. Basketball legend Earvin "Magic" Johnson was the champion of a group that bought the Dodgers, a historic purchase of a legendary franchise.

The ex-Laker Johnson was the public face of the $2.15 billion purchase of the Dodgers. But the money came from controlling partner Mark Walter and partners Peter Guber, Stan Kasten, Bobby Patton and Todd Boehly. Together they beat out a group of some of the wealthiest businessmen in the country to land a team that is one of Major League Baseball's flagship franchises. The sales figure surpasses the previous record sales price for a U.S. sports franchise, when the Miami Dolphins sold for $1.1 billion three years ago.

The deal was not done until Major League Baseball approved it, which was easy to do in large part to Johnson's popularity as a pro player and a businessman. In retirement he used the money from his playing days to launch a business empire called Magic Johnson Enterprises that is valued at over $1 billion and has given Magic a personal net worth of $500 million.

For your next deal, you need a champion who can be a strong supporter within the prospect company -- preferably but not exclusively -- the person who can say, "Yes" to your solution. Depending on the size and scope of your solution, that person could be the CEO or other high-level administrator.

But don't make the mistake of thinking that your champion is the only person in the prospect's company who'll need to be behind your solution. Nothing could be further from the truth.

With your champion, at the prospects' table, will be eight to 10 people who can say "No." And many times those negative statements can cancel out the "Yes" from the champion prospect, and the deal fails. Your task is to make sure that you address the expectations and needs of everyone around that table.

For your solution to work, it has to be assimilated into the prospect company. That will require a lot of buy-in from an assortment of people. You'll have to spend time helping people to get to the point where they buy into the solution as being the right thing for them and the company. But your champion's leadership here will move the solution a long way forward. He or she can tell you where the potential problems will be in working with his people.

Your champion must acknowledge support for your deal and establish priorities within the company that will guarantee your success. That support can't be a secret just between you two. If it is, it's worthless. This doesn't mean a champion can or will promise ahead of time that you'll be the chosen vendor. It just means he or she shows support for what you're proposing.

Where champions can lose their magic is if they are acknowledging one company in private and another one in public. Those situations never end well for anyone. You have to take steps to make certain that your champions are not acting in favor of another competitor by getting all the information they can get from you, but secretly planning to give the deal to someone else.

Once you have identified your champion and have secured his or her interest, ask for their executive sponsorship in writing. It is absolutely paramount that the person understands you are not asking them to agree to do business with you; but rather ensuring he or she is engaged in the process, will provide you the resources necessary to do a good job for them in the process, and that this isn't some lukewarm interest. If you are able to secure a sincere champion in the prospect company, your process can work like magic.