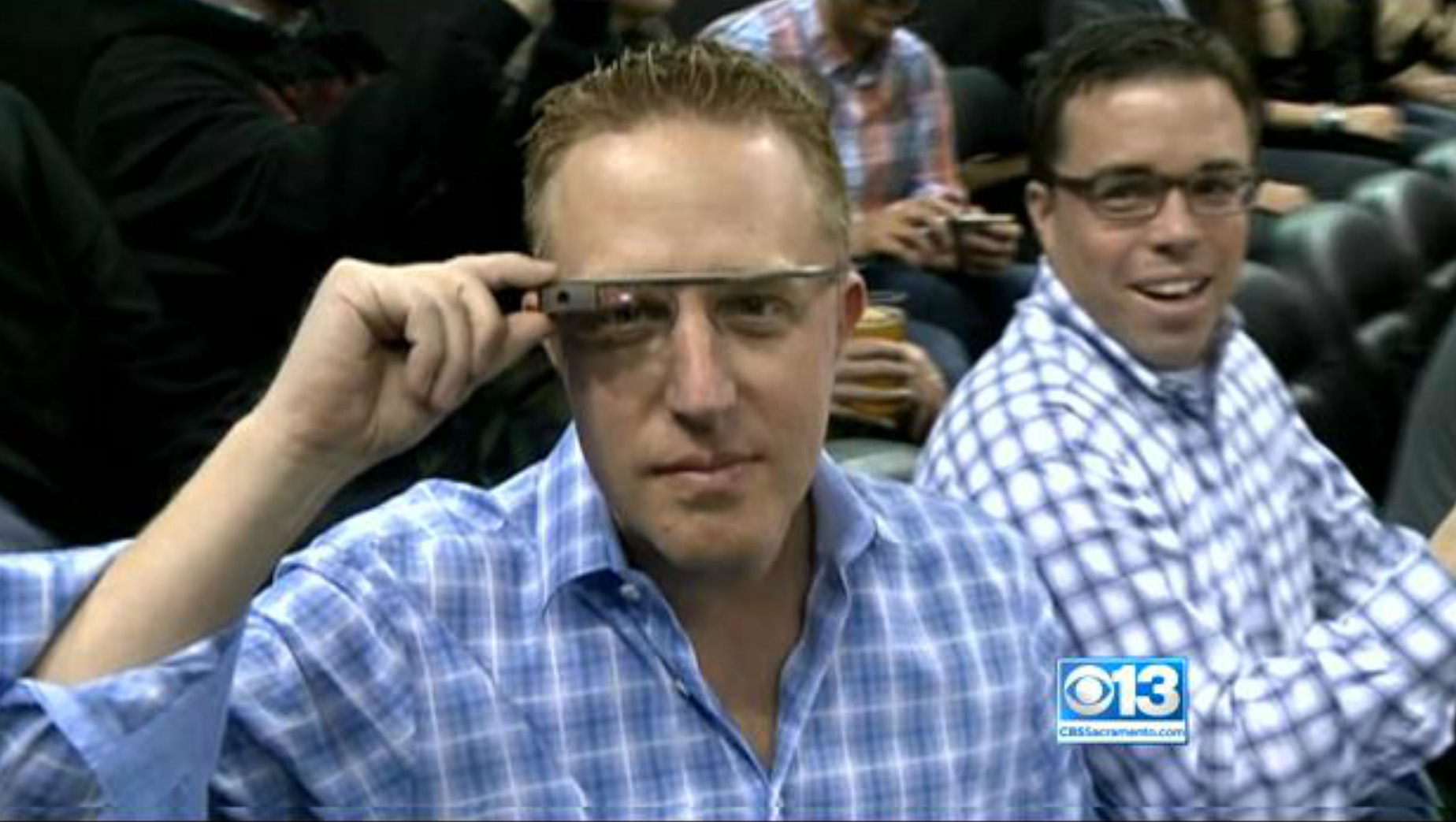 SACRAMENTO, Calif. — The NBA's Sacramento Kings are embracing the future after becoming the first team to incorporate Google Glass technology during a game, CBS Sacramento reports.

The new eyewear isn't just for tech geeks anymore. Sports fans and athletes alike are finding ways to use the technology as well.

"I feel like I’m in Iron Man's helmet because you see information in front of your eyes," said Kings host Scott Freshour as he wore the glasses during Friday night's game. "It’s really hip."

So what's in it for the fans?

Ever want to know what it’s like to be on the floor as Freshour fires up the crowd?

"I'm at center court getting the crowd up on its feet and you can kind of tap into what I'm looking at and see the crowd rising onto its feet through my eyes," he said.

All you need to do is watch the TV broadcast or follow along on the team's website. In addition to Freshour, the Kings gave the glasses to the announcer, the general manager, and even the fans.

"I’m watching the game and then they’ll come to me and they’ll see what I’m looking at," one of the fans told CBS 13.

The team also hopes to use the glasses to help out coaches in the future by offering up different views of a play seconds after it happened.

The feeds are controlled by a team in the underbelly of the arena. Eventually, there will be a dedicated room for them, but Friday night was a trial run.

"For us to be the first professional team to embrace this, it’s really awesome," said Freshour. "There’s so many possibilities that we can do with this."

Google Glass sells for about $1,500, but if you can’t afford that or don’t want to spend that, you will be able to watch the feeds on your mobile device, computer or TV.

Last week, the Kings made headlines after announcing they would accept the digital currency Bitcoin as payment for tickets and merchandise.

The Kings lost Friday’s game 116-111 to the Indiana Pacers in overtime.