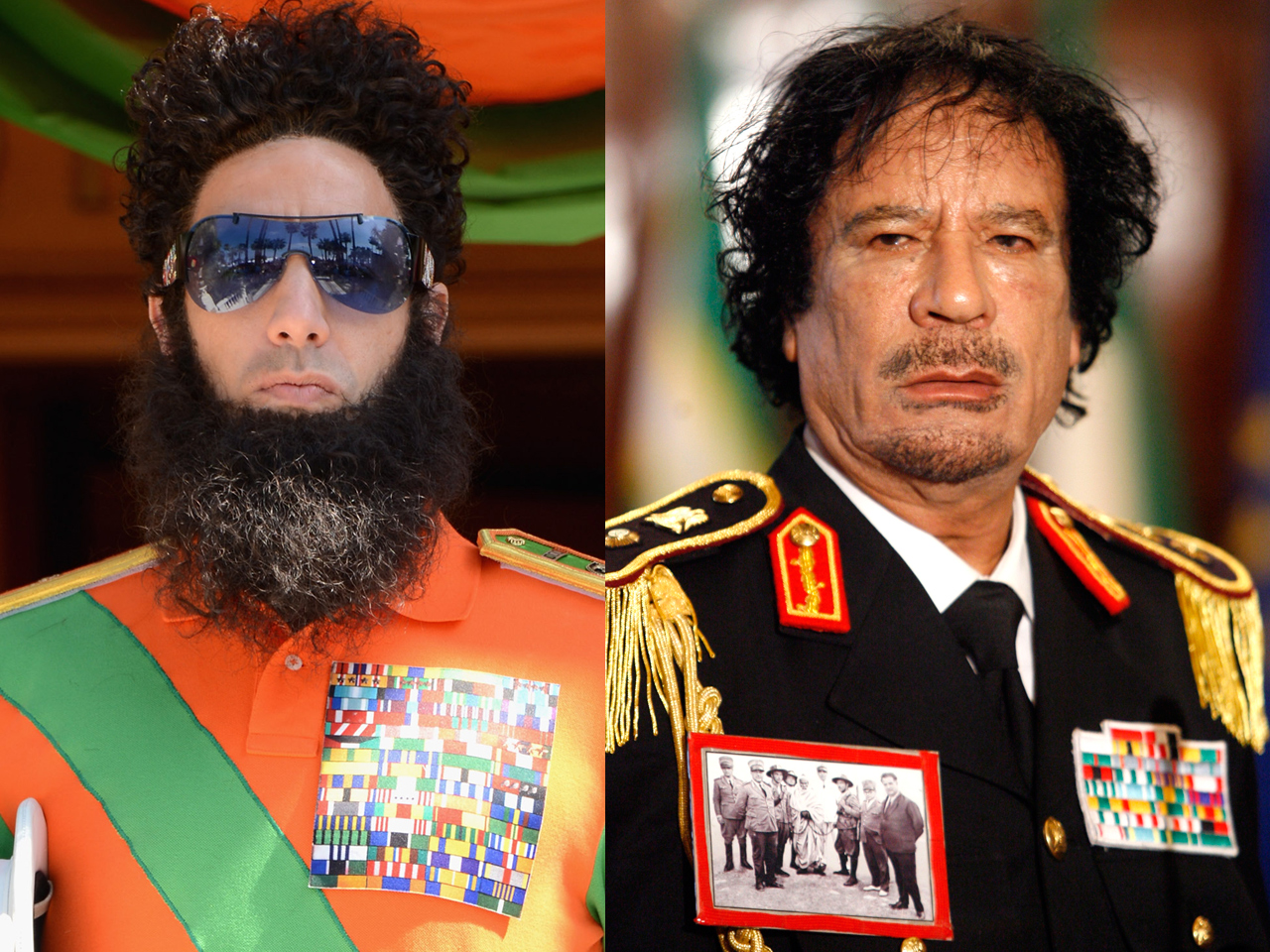 (CBS News) Actor Sacha Baron Cohen said Friday one of the inspirations for his latest character in "The Dictator" came from the former Libyan dictator Muammar Qaddafi.

"Col. Qaddafi was kind of the most absurd of the dictators," Cohen said on "CBS This Morning."

(Watch the full interview below.)

"Obviously vicious, but he would dress unintentionally like a 65-year-old woman," Cohen said.

"(He) often broke wind during interviews with the BBC. Had 15 virgin guards to protect him at all times. Very few of whom remained virgins."

In his latest satire "The Dictator," Cohen stars as Admiral General Aladeen from the fictitious North African republic of Wadia.

The film opened this week.