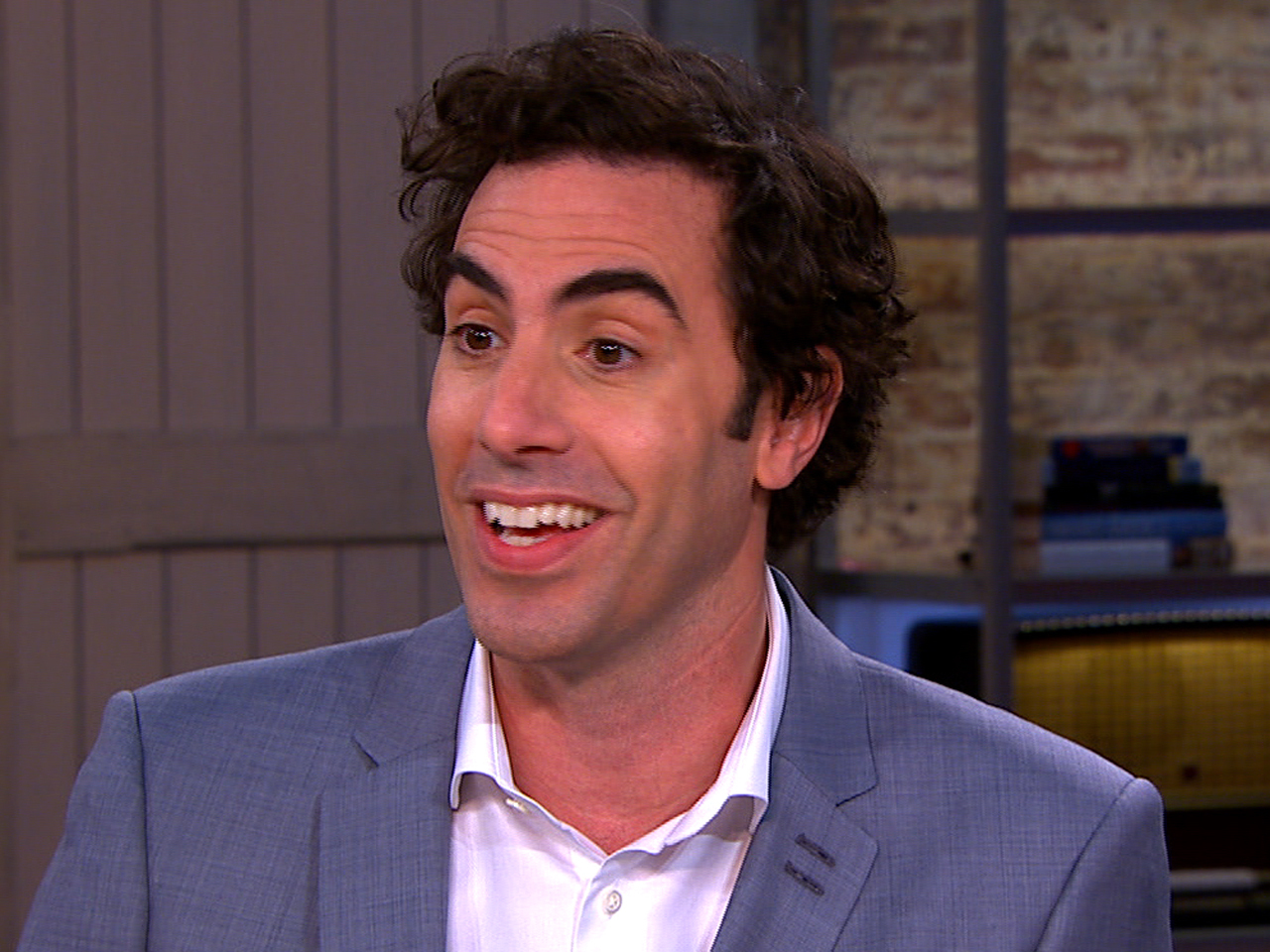 (CBS News) In a rare interview out of character, Sacha Baron Cohen, the star of "Borat," "Bruno" and his latest movie, "The Dictator," responded to a question about a prank he pulled on Ryan Seacrest.

On the Oscars red carpet earlier this year, Cohen, in the character of "The Dictator," spilled a golden urn of fake Kim Jong Il ashes - actually made of flour - down the front of the E! host's tuxedo.

"CBS This Morning," co-host Gayle King asked Cohen, "What would you have done if someone had walked up and thrown ashes on you during this live broadcast, would you have thought that was funny?"

"Depends if they were actual ashes," Cohen said. "I mean, with Ryan Seacrest, it was actually a bit of flour. I sent him a new jacket afterwards. It had a little label inside, 'made by child slave labor.'"

For more with Cohen, including a funny story about Mohammed Al Fayed's relationship with recently deceased Libyan dictator Muammar Qaddafi, watch the video in the player above.