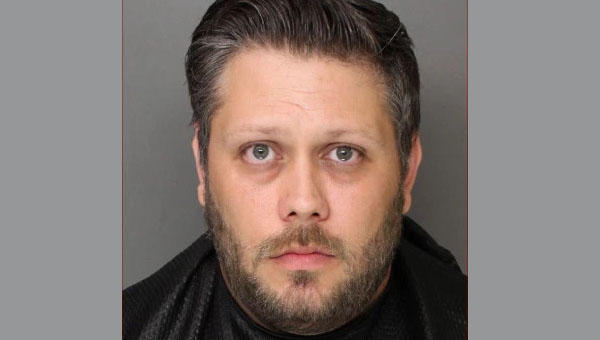 COLUMBIA, S.C. -- A man who serial killer Todd Kohlhepp told authorities helped him get guns because Kohlhepp was a convicted felon has been indicted on federal weapons charges.

Dustan Lawson signed paperwork saying the 12 guns and five silencers were for himself when he bought them from 2012 to 2016, but instead gave them to a man only identified as "T.K.," according to allegations in a 36-count federal indictment filed last week.

Prosecutors and investigators have refused to say who "T.K." is. But the convicted killer of seven likely made it easier on investigators, saying in a taped interview shortly after his arrest last November that "you may want to seriously talk to Dustan Lawson and give him a heads up."

"Those suppressors were bought legally for about three minutes," Kohlhepp said, laughing on the video released after he pleaded guilty and was sentenced to life in prison for several killings in South Carolina spanning 13 years.

Prosecutors and investigators didn't return emails and phone calls asking to confirm "T.K.'s" identity and reporters in the courtroom for his arraignment Monday said they never mentioned who Lawson sold the guns to.

But the brand and type of many of the guns seized in search warrants on Kohlhepp's homes in Spartanburg County matched the types of weapons listed in Lawson's indictment.

Lorraine Lucas, whose son Brian was killed by Kohlhepp in 2002, said she attended the hearing on her own because prosecutors wouldn't talk to her about the case.

"It doesn't make sense. Everybody's asking - who is T.K. even though we all seem to know," Lucas said.

A phone number for Lawson was disconnected, and his lawyer did not respond to email and phone messages seeking comment. Lawson's bond was set at $30,000 at Monday's hearing.

Lawson faces up to 10 years in prison on each of the 36 charges if he is convicted.

Kohlhepp was arrested after investigators checking cellphone records for a missing couple noted it was last pinged near his land. They found and rescued Kala Brown, a missing woman who had been chained inside a storage container for two months after Kohlhepp killed her boyfriend.

Kohlhepp pleaded guilty earlier this year to killing another couple in December 2015 and killing four people inside a motorcycle shop in 2002. He is serving a life sentence.

Kohlhepp was barred from having guns because he was a convicted felon. He moved to South Carolina in 2001 shortly after spending 14 years in prison for kidnapping in Arizona. Authorities there said that the then 15-year-old forced a 14-year-old neighbor back to his home at gunpoint, tied her up and raped her.

Lawson was mentioned by Kohlhepp during a casual conversation with an investigator after he admitted to the killings, according to authorities. Kohlhepp described the man who bought his weapons as "a dumbass."

"That's an easy solution. That was all legit," Kohlhepp said on his videotaped interview.

"So he legally bought the guns?" Clark asked.

"Yes, sir. And then I modified the hell out of them," Kohlhepp replied.