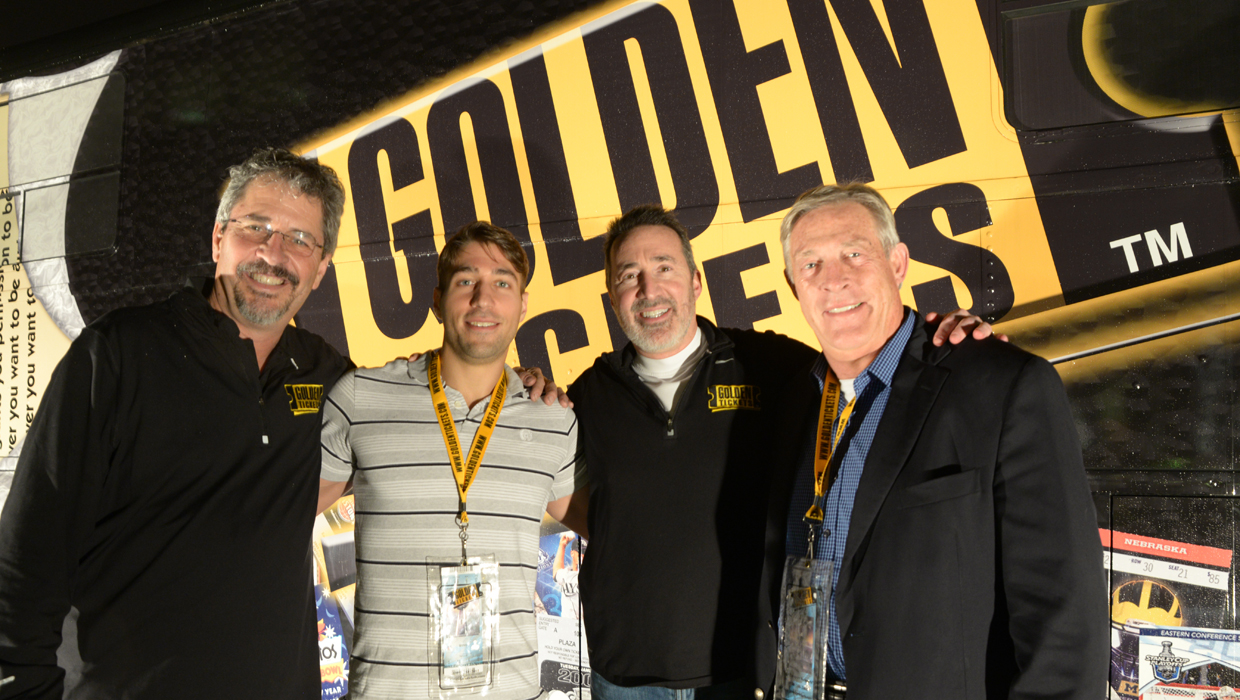 PHOENIX, Ariz. -- Ryan Ferguson, a wrongfully convicted Missouri man who spent nearly ten years in prison for a crime he didn't commit, is heading to the Super Bowl thanks to a businessman who was inspired by his story.

Ferguson was sentenced to 40 years in the 2001 murder of Columbia, Mo. sports editor Kent Heitholt. Ferguson was released in November 2013 - after serving nearly a fourth of his sentence -- when his conviction was vacated.

Ferguson and his family have always maintained his innocence, and his story has garnered him a growing network of staunch supporters. One of those is Ram Silverman of goldentickets.com, a Texas based ticket sales company.

After Ferguson was released, he said the young man's story and positive attitude inspired him to do something nice for him.

"He didn't seem like he had that bitter taste in his mouth like most people would," Silverman told 48 Hours' Crimesider. "I was just blown away by his attitude about moving on with his life."

Silverman was already contemplating launching a "Get the Golden Ticket" program with his business partner Steve Parry to give away tickets to major sporting events to deserving recipients. They decided offering Ferguson tickets to the Super Bowl was the right place to start.

Silverman reached out to Ferguson via Facebook, offering him a package to Sunday's game including two tickets, airfare, hotel accommodations and access to tailgate parties. They met in Phoenix on Thursday, where Ferguson accepted the prize.

Ferguson says he'll take his father, Bill, who fought for years for his son's freedom - even traversing the country in a car that pictured his son's face in an effort to generate publicity about the case.

"I think he was more excited not for himself, but for the fact that he got to call his dad and invite him," Silverman said.

The circumstances surrounding Ferguson's conviction -- including a lack of physical evidence and the recantations of both Ferguson's alleged accomplice and an eyewitness -- troubled legal experts.

Ferguson, who was 17 at the time of the crime, wasn't named as a suspect in Heitholt's 2001 murder until early 2004 when his childhood friend, Chuck Erickson, told police he and Ferguson committed the crime.

Four years after Erickson's confession - which landed both him and Ferguson behind bars - the troubled teen said he lied at Ferguson's trial and that the two weren't responsible.

Since his release from prison, Ferguson has appeared on national news programs, spoken publicly, moved to Florida and written and released a personal fitness book, "Stronger, Faster, Smarter."

"Going to the Super Bowl is obviously an incredible experience that was made possible by goldentickets.com but the fact that I'll be going with my father, a man who has now given me life twice, is what will truly make it special," Ryan Ferguson wrote in an e-mail to Crimesider. "I can't wait to have this weekend with him!"

Silverman says he'll continue to look for worthy recipients of the "Get the Golden Ticket" program. He's accepting nominations via email at getthegoldenticket@goldentickets.com

Girl who chewed through restraints was held with bodies of mother, brother
Thanks for reading CBS NEWS.
Create your free account or log in
for more features.
View CBS News In
CBS News App Open
Chrome Safari Continue
Be the first to know
Get browser notifications for breaking news, live events, and exclusive reporting.