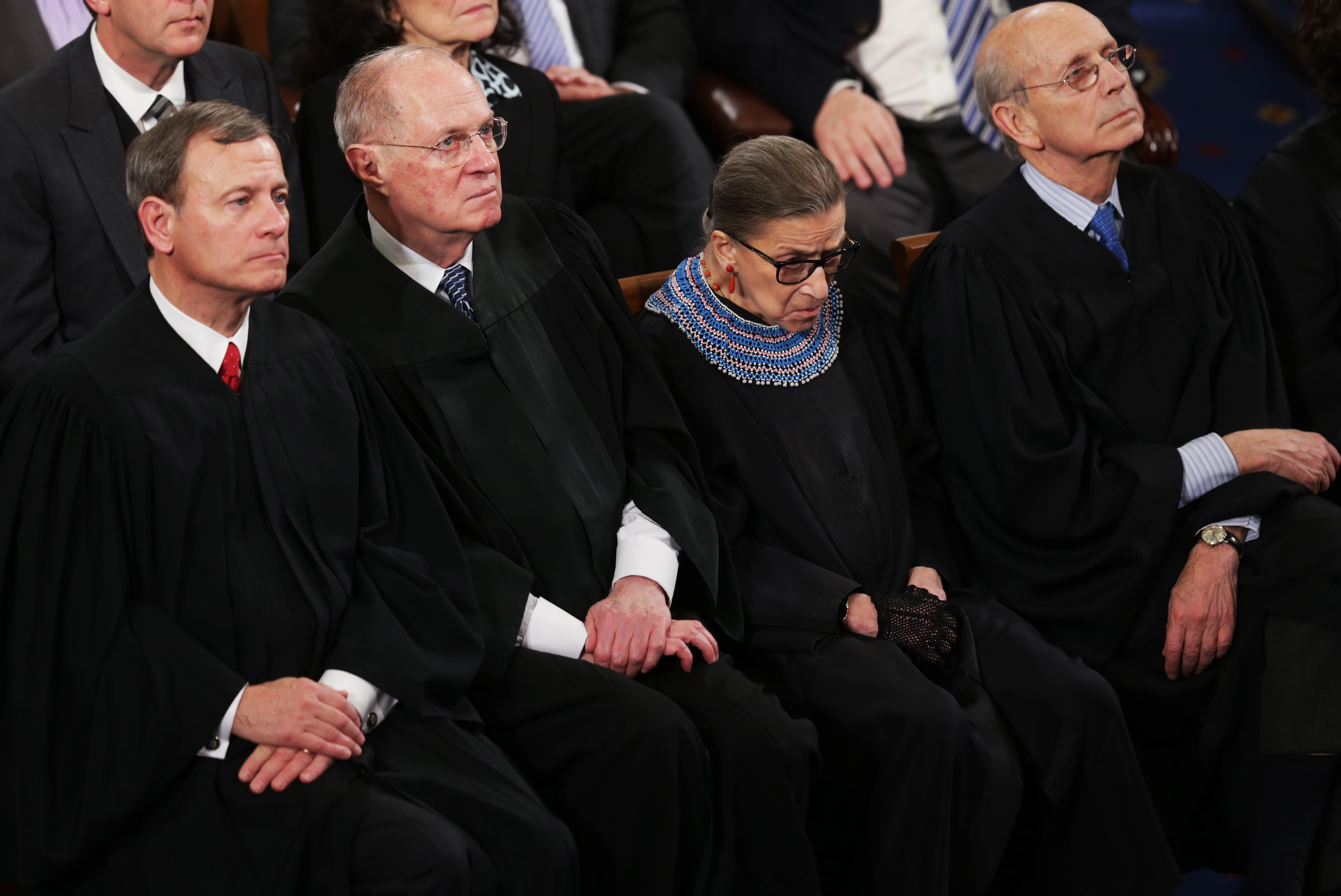 Supreme Court Justice Ruth Bader joked during an event on Thursday that she wasn't "100-percent sober" during President Obama's State of the Union address last month - an admission that might help explain why the 81-year-old jurist seemed to nod off several times during the president's speech.

"The audience, for the most part, is awake because they're bobbing up and down all the time, and we sit there, stone-faced, sober judges," Ginsburg said during an appearance at The George Washington University, according to CBS Washington affiliate WUSA. "At least I wasn't 100 percent sober because before we went to the State of the Union we had dinner."

Ginsburg directed the blame for her state at fellow Supreme Court Justice Anthony Kennedy and the "very fine California wine" he brought to dinner.

"I vowed this year: just sparkling water, stay away from the wine," she explained. "But in the end, the dinner was so delicious, it needed wine to accompany it."

Ginsburg said one of her granddaughters called her after the speech, saying, "'Bubbe, you were sleeping at the State of the Union."

Supreme Court Justice Antonin Scalia, who appeared alongside Ginsburg at the event, joked, "Well that's the first intelligent thing you've done." Scalia is one of Ginsburg's closest friends on the court, despite the fact that his conservative views are often at odds with Ginsburg's more liberal philosophy.

An army of RBG's clerks gathered to meet her casket
More

Currently the court's oldest member, Ginsburg has faced calls from some progressives to step down while President Obama is in office to ensure her successor is appointed by a Democrat. She's said she plans on staying put, though, and Mr. Obama has refused to publicly press her to resign.

"Justice Ginsburg is doing a wonderful job. She is one of my favorite people," the president told The New Yorker last year. "Life tenure means she gets to decide, not anybody else, when she chooses to go."

Ginsburg had a minor health scare last November, when she had a heart stent implanted to clear a blocked artery.