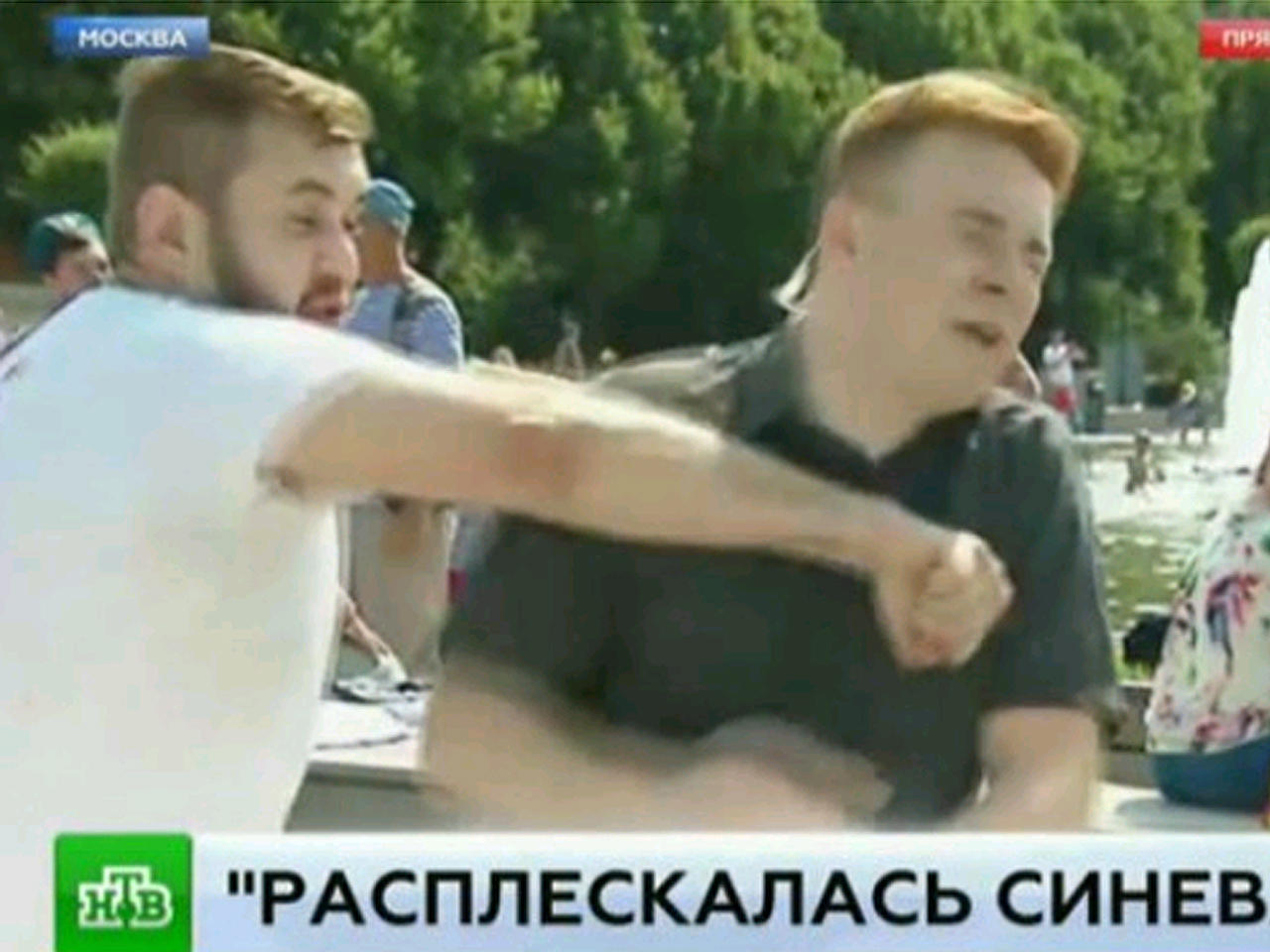 A Russian television correspondent was dealt a serious blow Wednesday, in a literal sense, as he attempted to cover celebrations marking a national holiday in honor of Russia's Airborne Troops.

The NTV correspondent was reporting live from Moscow's Gorky Park, where men who served as paratroopers in Russia's compulsory military service traditionally gather on August 2 to mark the national Day of Russia's Airborne Troops.

In a tradition praised by few Russians, the former paratroopers gather at Gorky Park and others around the country and generally make merry, which often involves heavy consumption of alcohol and results in many jumping, swimming and falling into water fountains.

The correspondent was trying to say that the Airborne is one of the most prestigious units for Russian military conscripts to serve in, when a man appearing to be intoxicated begins berating him with profanity and then punches him hard in the face. The correspondent for NTV, one of Russia's biggest broadcasters, is then chased by the belligerent man until the shot cuts back to the news anchor in the studio, who appears lost for words.

A video clip showing the incident was posted to NTV's official Twitter account, which also featured photos on Wednesday of other men bloodied and bruised during the Gorky Park celebrations.

Police arrested the man and brought him to a local police station for further investigation, Moscow's police press service confirmed. The police said the suspect had no links to the Airborne Troops.

Russia's Day of Airborne Troops, a national holiday for members and veterans of the unit, is often marred by mass fights and riots in Gorky Park and elsewhere, which has prompted the Ministry of Internal Affairs to deploy additional forces to patrol cities and towns across Russia on August 2.