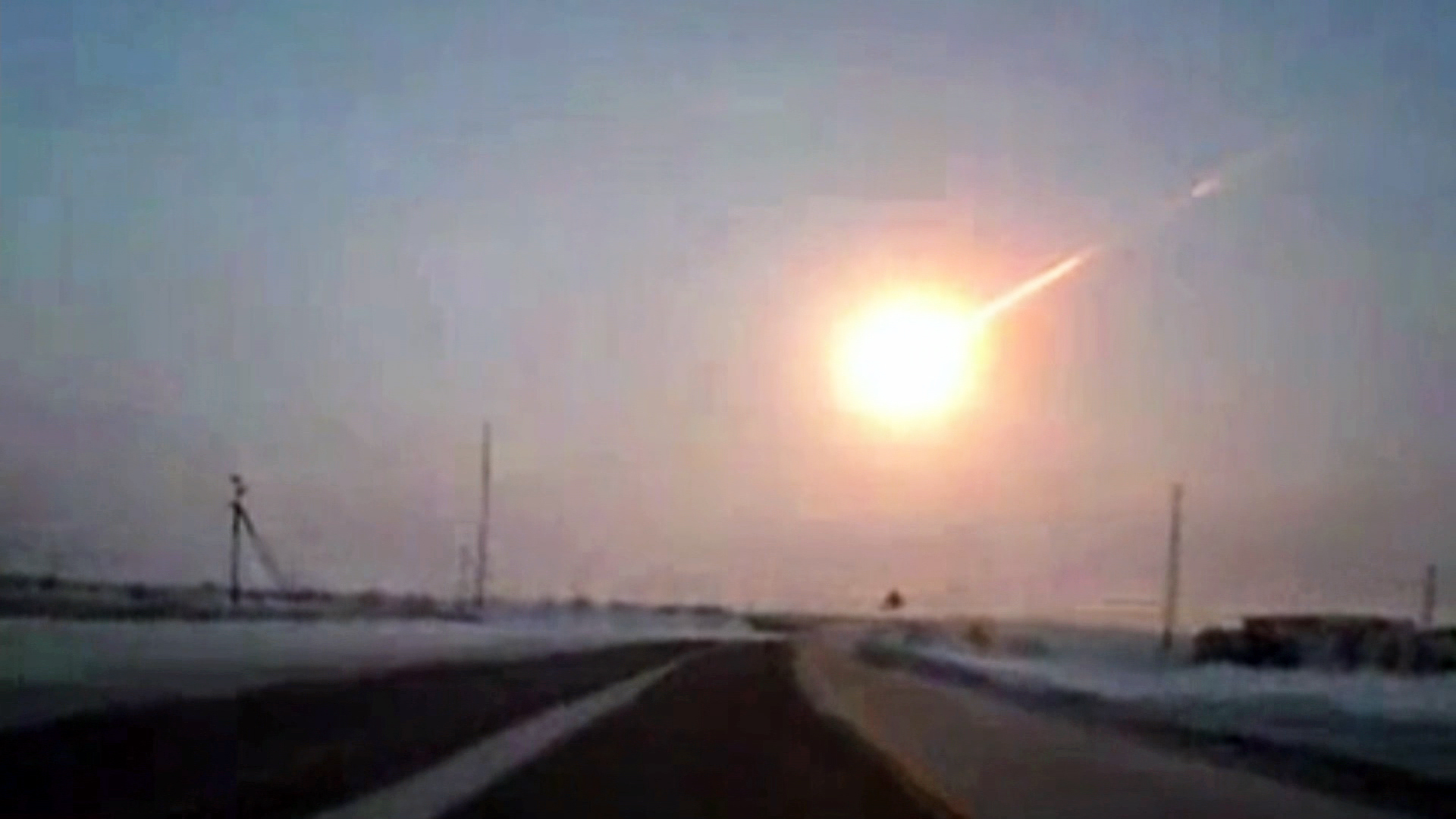 A meteor that exploded over Russia earlier this month likely hit Earth after a long trip from beyond the orbit of Mars, scientists say.

Astronomers and the public were caught off guard by the Russian fireball, which damaged thousands of buildings and wounded more than 1,000 people when it detonated over the city of Chelyabinsk on Feb. 15.

But some YouTube-aided detective work suggests that the meteor's parent body belonged to the Apollo family of Earth-crossing asteroids, whose elliptical orbits take them farther than one Earth-sun distance (about 93 million miles) from our star at some point, researchers said.

Jorge Zuluaga and Ignacio Ferrin of the University of Antioquia in Medellin, Colombia, reached this conclusion after analyzing several videos of the Russian meteor, especially one taken in Chelyabinsk's Revolutionary Square and another recorded in the nearby city of Korkino. [Russian Fireball: All You Need to Know (Video)]

They also took into account the location of a hole in the ice of Lake Chebarkul, about 43 miles from Chelyabinsk. Scientists think the hole was caused by a piece of the space rock that hit Earth on Feb. 15.

"According to our estimations, the Chelyabinski meteor started to brighten up when it was between 32 and 47 km up in the atmosphere," they write in their paper, which has been posted to the online astronomy preprint site ArXiv.org. "The velocity of the body predicted by our analysis was between 13 and 19 km/s (relative to the Earth) which encloses the preferred figure of 18 km/s assumed by other researchers."

The pair then entered these figures into a software program developed by the United States Naval Observatory called NOVAS (short for Naval Observatory Vector Astrometry), which calculated the likely orbit of the meteor's parent body.

Some other scientists agree that this orbit took the space rock relatively far from the sun at times -- farther than Mars, in fact.

"It came from the asteroid belt, about 2.5 times farther from the sun than Earth," Bill Cooke, of NASA's Meteoroid Environment Office at the Marshall Space Flight Center in Huntsville, Ala., said in a statement. Cooke was not involved in Zuluaga and Ferrin's study.

Meanwhile, the size of the meteor's parent object has come into clearer focus, thanks to measurements made by a global network of infrasound sensors operated by the Comprehensive Test Ban Treaty Organization (CTBTO). These sensors monitor extremely low-frequency sound waves, which are a common product of nuclear explosions.

As the Russian meteor burned through Earth's atmosphere, it generated the most powerful infrasound signal ever detected by the CTBTO network, researchers said. And this signal revealed a great deal about the asteroid's size, speed and explosive power.

"The asteroid was about 17 meters in diameter and weighed approximately 10,000 metric tons," Peter Brown, a physics professor at the University of Western Ontario in Canada, said in a statement. "It struck Earth's atmosphere at 40,000 mph and broke apart about 12 to 15 miles above Earth's surface. The energy of the resulting explosion exceeded 470 kilotons of TNT."

That's 30 to 40 times more powerful than the atomic bomb the United States dropped on the Japanese city of Hiroshima during World War II. The Russian fireball likely produced the most powerful such space rock blast since a 130-foot object exploded over Siberia in 1908, flattening 825 square miles of forest.

Preliminary reports suggest that the Chelyabinsk fireball's parent asteroid was composed primarily of stone, with a smidge of iron thrown in.

"In other words, [it's] a typical asteroid from beyond the orbit of Mars," Cooke said. "There are millions more just like it."

You can see the Arxiv paper on the Russian meteor here.