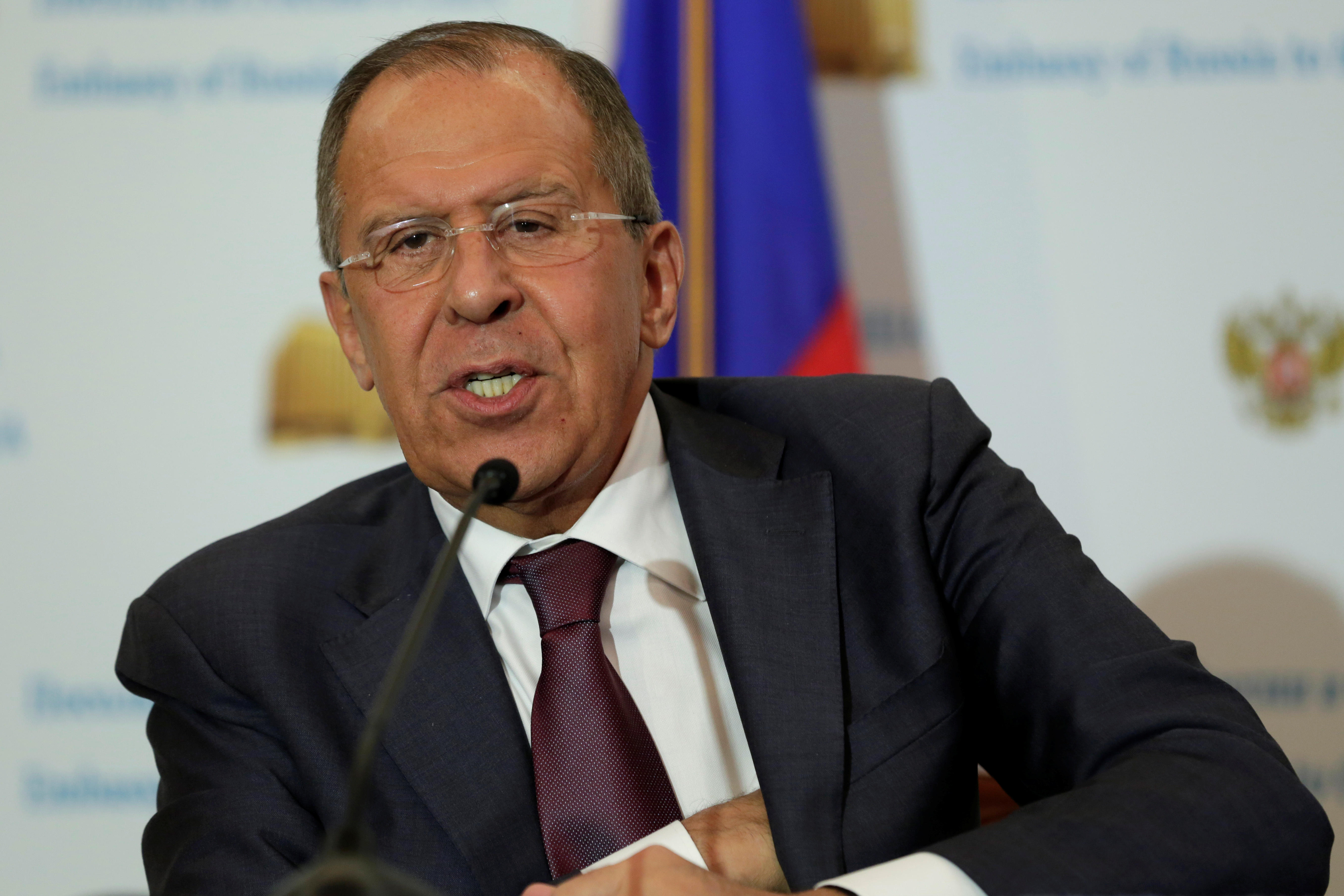 Vladimir Putin's top diplomat arrived at the White House mid-morning Wednesday for a 25-minute meeting with the leader of the free world. It was a significant meeting – one granted at the personal request of Putin – particularly given concerns about the probe into Russian meddling in the U.S. election and the intelligence community's concern about similar meddling in the elections of U.S. allies.

Just Tuesday, NSA Director Mike Rogers told Congress that the U.S. delivered a warning to France on Friday that Russian hackers were interfering with their election. Rogers also said that the NSA is working with European allies Germany and Britain who fear that Russian hackers are targeting their upcoming elections. U.S. intelligence concluded last year that the Kremlin was behind the meddling in the U.S. election.

The White House took a different view. "Isn't that why you'd talk to them?" was the response of a White House staffer.

I pressed on why direct access to the president was necessary Wednesday of all days, given the news about the firing of FBI Director James Comey the day before. Lavrov, of course, could simply speak to the secretary of State. Why should he be accorded the prestige of an Oval Office meeting? The answer given by the White House was that the U.S. has to deal directly with countries of direct interest despite disagreements.

Also, the Lavrov meeting represents reciprocal access -- Secretary of State Rex Tillerson was ushered into the Kremlin for a nearly two-hour meeting with Russian President Vladimir Putin, following the U.S. military strike on an Assad regime airbase in Syria.

While no press coverage of that meeting was permitted, the White House did have official photographers paid for by the Kremlin and U.S. government shoot photos. The Russian government began posting them online while the meeting was ongoing. The images showed Russia's Lavrov and Russian Ambassador to the U.S. Sergey Kislyak smiling and laughing. The White House has not yet posted its visual record. U.S. reporters were forced to rely on photos of those face-to-face meetings that had been tweeted by the Kremlin.

Ahead of his own earlier meeting Wednesday with Lavrov, Tillerson told reporters the two would continue to discuss a "very broad range of topics" they started to talk about last month at the Kremlin, at the same time he met with Putin. State Department officials said at the time that the majority of that conversation focused on renewing the fractured U.S.-Russia relationship by pressing the possibility of a ceasefire in Syria.

However, U.S. diplomats remain deeply skeptical of the Russian-Iranian brokered ceasefire, which has so far been unsuccessful, and they say details on how it would actually work are still being hammered out at a technical level. The working proposal so far would have Russian boots on the ground to secure it, while also allowing the Assad regime to continue to attack anyone they consider to be "terrorists."

Both Russia and Iran are the prime patrons of the Assad regime and are accused of carrying out indiscriminate attacks on civilians, as well as on U.S.-backed rebels. Given these issues, it is not clear what would warrant such a high level meeting with President Trump Wednesday regarding that plan. After their Oval Office sitdown, President Trump expressed optimism about Syria saying he had a "very, very good meeting" with Lavrov.

The White House is not ready to endorse that Astana deal but said Wednesday that the U.S. and Russia share common enemies despite their differences on whether dictator Bashar al Assad should remain in power in Syria. Last month, President Trump authorized a strike against a Syrian airfield following the Assad regime's use of sarin gas against civilians.

Before Lavrov met with the president, he appeared with Tillerson at the State Department, where the often-acerbic diplomat scoffed at questions about whether Comey's firing would cast a shadow over his meetings today.

"He was fired? You're kidding, you're kidding," Lavrov said with a dismissive shrug as he turned to walk into Tillerson's office.

By the numbers: The first year of Biden's presidency
Margaret Brennan