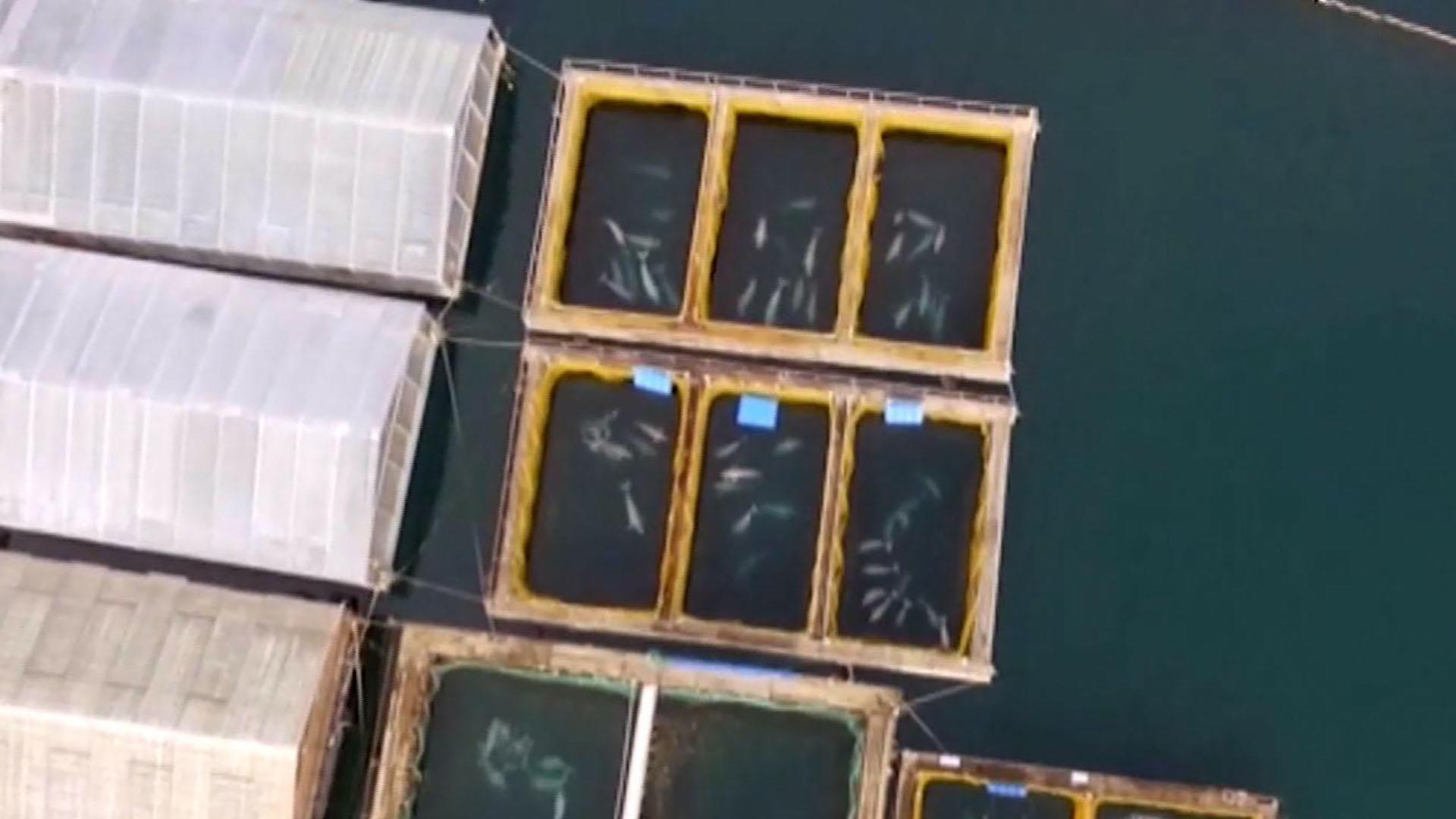 More than 100 whales are being held in cramped and potentially illegal enclosures on Russia's Pacific east coast. Prosecutors are investigating the site near the city of Nakhodka, which has been dubbed a "whale jail" by local media.

Eleven orca and 90 beluga whales are being held in the pens, and activists fear they are illegally being sold to Chinese water parks and aquariums, contravening laws on the capture of wild whales.

Some of the animals have been in containment since July, CBS News correspondent Debora Patta reported on Wednesday.

A video shared on social media on Monday shows a whale being lifted out of a small container by a crane in preparation, activists believe, to ship it to China.

It is illegal to capture wild whales except for educational and scientific purposes following a worldwide ban on commercial whale hunting in 1982. However, orca whales, or killer whales as they are often called, can fetch as much as $6 million at theme parks in China.

Russian newspaper Novaya Gazetta has reported that the four companies that own the containers exported 13 whales to China between 2013 and 2016.

Between 2012 and 2015, the companies allegedly involved were granted permission to capture ten orcas in the wild for educational purposes. However, seven of those whales were exported to China, where one was valued at over $1 million on a customs form.

Earlier this year, Russian authorities called on the Interior Ministry to launch a fraud investigation over the capture and sale of the seven whales.

Other firms are reportedly renting out whales in an effort to get around certain restrictions on the sale of wild sea mammals.

Video shot from a helicopter of the containment tanks shows dozens of beluga whales in tight quarters. Experts say that given the size of the tanks, many of the whales must be calves. The capture of whale calves is categorically forbidden, even for scientific or educational reasons.

Greenpeace Russia has condemned the conditions as "torture," and warned that capturing whales in these numbers threatens the animals' population in the long term.

The Telegraph quoted Greenpeace Russia's Oganes Targulyan as saying that although the law permits the capture of 13 killer whales per year, "no one is taking into account that at least one orca is killed for every one that is caught."

"Catching them at this tempo, we risk losing our entire orca population."

In the nearby Kamchatka region, orca numbers have decreased so drastically that they are now listed as endangered.