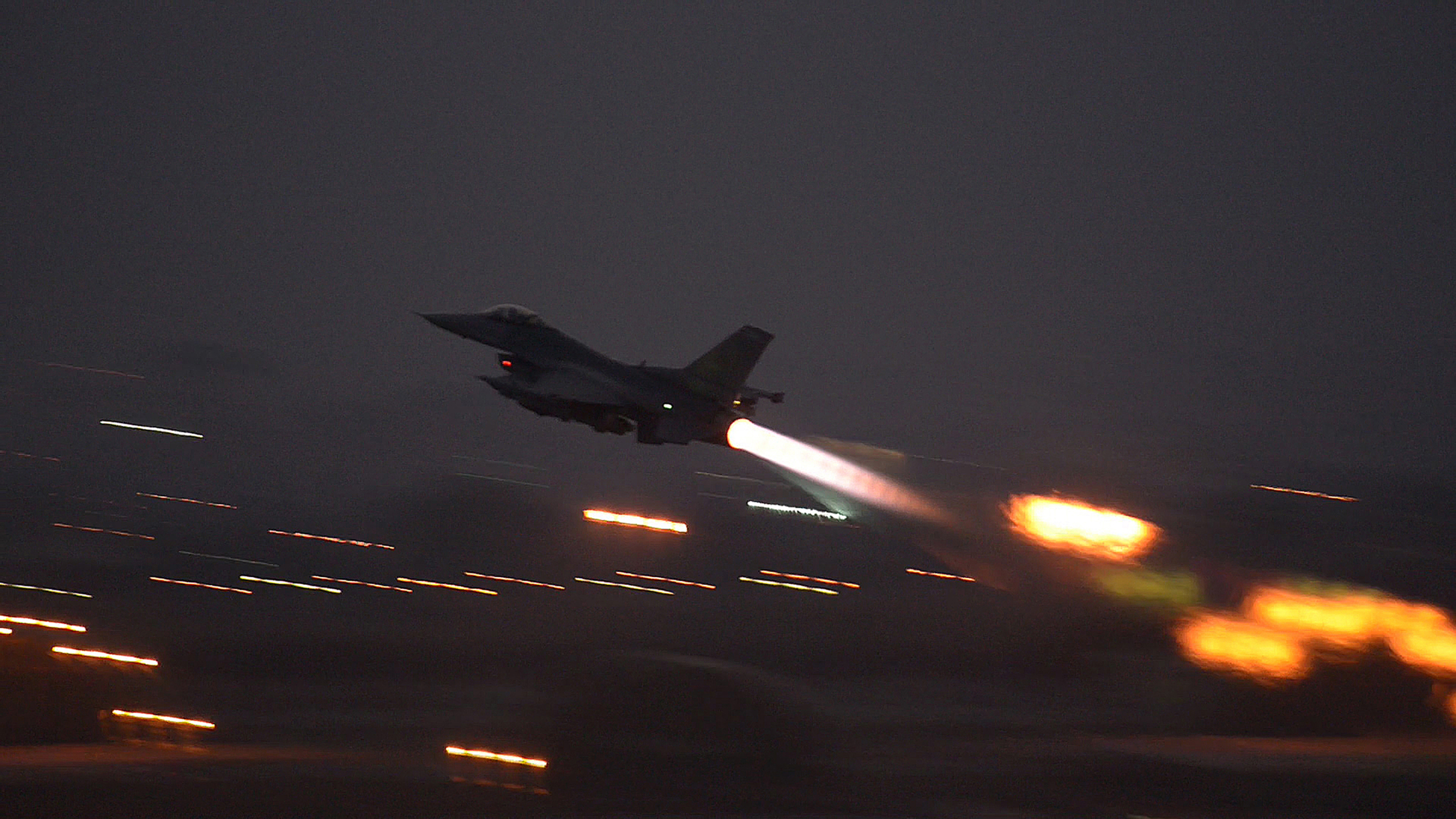 MOSCOW -- A senior Russian lawmaker on Tuesday dismissed the United States' warning about a potential chemical weapons attack by Syrian dictator Bashar Assad's regime as an "unprecedented provocation," and the Kremlin called the accusations against "unacceptable."

Even U.S. officials seemed surprised by the strongly-worded White House warning, and they told CBS News that while U.S. intelligence had registered new "activity" at a Syrian base where chemical weapons are stored, it was not yet clear whether the Syrian regime might be planning any new attack.

In a stern warning to Syrian President Bashar Assad Monday night, the White House claimed "potential" evidence that Syria was preparing for another chemical weapons attack.

Assad has denied responsibility for an April 4 attack in the rebel-held Idlib province that killed dozens of people, and Russia, Assad's key backer, sided with him.

Days after that devastating attack, President Trump authorized a missile strike on a Syrian government-controlled air base from which U.S. officials said the Syrian military had launched the chemical attack. As CBS News correspondent Margaret Brennan reports, 59 U.S. cruise missiles, each carrying a 1,000-pound warhead, pulverized the Shayrat airfield, and more than a dozen Syrian warplanes with it.

Frants Klintsevich, first deputy chairman of the defense and security committee at the upper chamber of the Russian parliament, on Tuesday accused the United States of "preparing a new attack on the positions of Syrian forces." In comments to state-owned RIA Novosti, he added: "Preparations for a new cynical and unprecedented provocation are underway."

Speaking later in Moscow, Kremlin spokesman Dmitry Peskov told reporters that Moscow considers "such threats against the Syrian leadership to be unacceptable."

Ali Haidar, Syria's "minister for national reconciliation," told The Associated Press later on Tuesday that the White House statement foreshadowed a "diplomatic battle" that would be waged against Syria in the halls of the U.N.

In the ominous statement issued with no supporting evidence or further explanation, White House press secretary Sean Spicer said Monday that the U.S. had "identified potential preparations for another chemical weapons attack by the Assad regime that would likely result in the mass murder of civilians, including innocent children."

He said the activities observed were similar to preparations taken before the April 2017 chemical attack that killed dozens of men, women and children, and warned that if "Mr. Assad conducts another mass murder attack using chemical weapons, he and his military will pay a heavy price."

On Tuesday, Pentagon spokesman Capt. Jeff Davis said U.S. intelligence had seen activity at a specific aircraft shelter at the Shayrat airfield known to be associated with chemical weapons. He said increased activity had been seen at Shayrat over several days, including increased aircraft activity. Davis said the evidence of preparations for a possible new chemical attack "became more compelling" within last 24 hours, and that it was "strongly suggestive of intent" to conduct such an attack.

Earlier Tuesday, a U.S. official told CBS News national security correspondent David Martin that intelligence had picked up increased communications by the unit responsible for chemical weapons within the Syrian military. The official said, however, that while the evidence of increased activity at the decimated airbase was solid, it wasn't possible to say definitively, based on that evidence, that Syria was preparing for another chemical attack. There could be another explanation for the activity, the official said, such as an inspection of the site.

None of the U.S. officials who spoke to CBS News on Tuesday said they had information suggesting a preemptive strike by the U.S. was in the works. Asked by CBS News' Martin what action the U.S. might take in light of the new intelligence, Davis would say only that "it is our job to do military options."

The U.S. Navy has four ships armed with cruise missiles in the eastern Mediterranean. The cruise missile strike in April was carried out by two ships. A U.S. official told CBS News on Tuesday that no strike order had been issued, but the ships were doing planning in case they get an order.

Several U.S. diplomats told CBS News on Tuesday that they had been caught off-guard by the strong language in the White House statement the day before.

The strike ordered by Mr. Trump on the Shayrat airbase in retaliation for the April attack was the first direct American assault on Syrian forces, and Mr. Trump's most dramatic military order since becoming president just several months earlier.

Mr. Trump said at the time that the chemical attack on the town of Khan Sheikhoun had crossed "many, many lines," and put the blame squarely on Assad's forces.

Syria reiterated its insistence that it had never used chemical weapons, and blamed opposition fighters for stockpiling the chemicals. Russia's Defense Ministry said the toxic agents were released when a Syrian airstrike hit a rebel chemical weapons arsenal and munitions factory.

Chemical weapons have killed hundreds of people since the start of the conflict, with the U.N. blaming three attacks on the Syrian government and a fourth on ISIS.

As CBS News' Brennan reports, tensions have escalated in recent weeks between the U.S. and Syria, and Syria's backers. The U.S. has bombed Iranian-backed militias aligned with the regime three times for threatening U.S.-backed fighters.

That also angered Assad's patrons in Russia. Their top diplomat spoke Monday with Secretary of State Rex Tillerson about preventing another chemical attack, and the U.S. again called on Russia to break its alliance with the Syrian dictator.

"The final outcome, in our view, does not provide for a role for Assad, or for the Assad family in the future governance of Syria," he said.

U.S. Ambassador to the United Nations Nikki Haley raised the stakes further on Monday night, saying "any further attacks done to the people of Syria will be blamed on Assad, but also on Russia & Iran who support him killing his own people."

Haley told the House of Representatives Committee on Appropriations that after an April chemical weapons attack in Syria, "We drew a red line: if the U.N. would not act collectively, the United States would act alone… and we did," Falk reports.

"I believe that the goal is at this point not just to send Assad a message, but to send Russia and Iran a message that if this happens again we are putting you on notice," Haley added, as a warning.British Foreign Minister Michael Fallon, meanwhile, told the BBC on Tuesday that the U.K. government would support any U.S. military action in the event of a new Syria chemical attack.

"As always in war, the military action you use must be justified, it must be legal, it must proportionate, it must be necessary. In the last case it was," Fallon said. "If the Americans take similar action again, I want to be very clear -- we will support it."