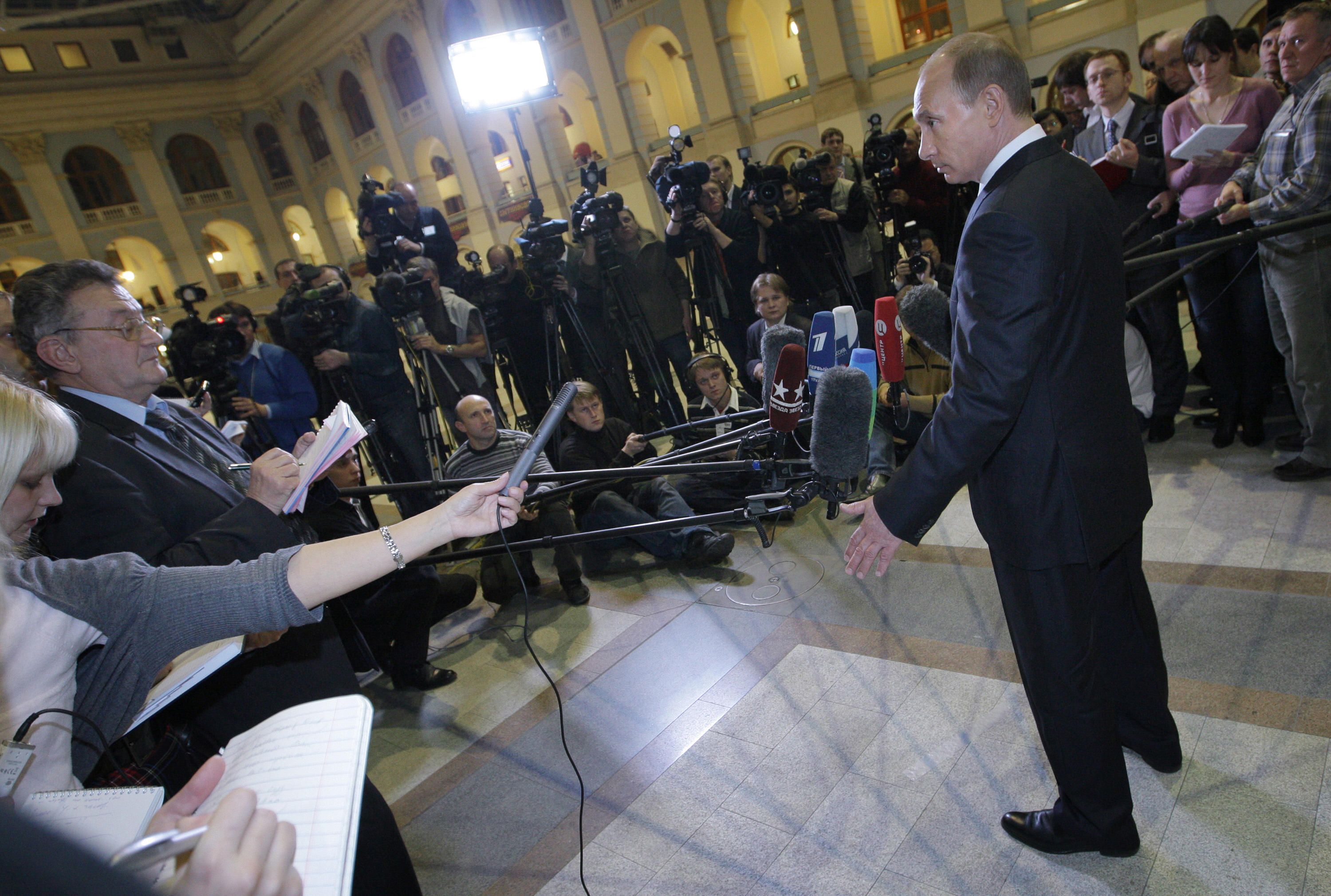 MOSCOW -- Russia's lower house of parliament on Wednesday unanimously approved a bill allowing the government to register international media outlets as foreign agents, a swift retaliation to the U.S. demands made to a Russian TV channel.

The bill comes days after the Russian state-funded RT registered with the U.S. Justice Department as a foreign agent following pressure from Washington.

U.S. intelligence agencies allege that RT served as a Kremlin tool to meddle in the 2016 U.S. presidential election. Russia has denied any interference.

Russian President Vladimir Putin has harshly criticized the U.S. demand regarding the RT as an attack on freedom of speech and warned that Russia would retaliate.

During Wednesday's debates, State Duma speaker Vyacheslav Volodin described the new legislation as a "symmetrical answer" to the U.S. and a signal that "our media can't be treated like that."

The bill will now pass to the upper house, which is expected to quickly rubber-stamp it next week, and then to Putin for signing.

Putin's spokesman Dmitry Peskov said the legislation will provide the necessary framework for the government to retaliate to any foreign action against the Russian media.

"Any infringement on the freedom of Russian media abroad will not be left without a harsh answer," Peskov said. He added that the government will "use the opportunities offered by the bill for a timely quid pro quo response."

Peskov refrained from comment on how the bill could be applied and which foreign media outlets could be singled out.

The broadly phrased bill will leave it to the Russian government to determine which foreign media outlets would be designated as foreign agents, said Leonid Levin, the head of the Duma committee for information.

He noted that the measure would allow Russia to mirror the U.S. demands for RT or any other such action taken by other countries.

"I would like to hope that it will only be used once and there will be no need for more retaliatory action," he added.

Pyotr Tolstoy, a deputy speaker of the Duma who authored the bill, said he expects the Justice Ministry to take "pinpoint retaliatory measures."

He emphasized that the new legislation relates only to foreign media outlets and doesn't refer to Russian media with foreign funding.

The media outlets singled out as foreign agents will face requirements currently applied to foreign-funded non-governmental organizations under a 2012 law.

The law, which was passed in the wake of massive anti-Kremlin protests in Moscow, requests all groups that receive foreign funding and engage in vaguely defined political activities to register as foreign agents. It requires them to publicly declare themselves as such and regularly provide detailed information about their funding, finances and staffing.

Critics of the law have said the definition of political activity is so loose that it could be used against almost any non-governmental organization.

Amnesty International harshly criticized the new bill as an attack on media freedom.

"This legislation strikes a serious blow to what was already a fairly desperate situation for press freedom in Russia," Denis Krivosheev, the group's deputy director for Europe and Central Asia, said in a statement. "Over the last couple of years, the Kremlin has been tirelessly building a media echo chamber that shuts out critical voices, both inside Russia and from abroad."

"We view this new media law with concern and surprise," Chancellor Angela Merkel's spokesman, Steffen Seibert, told reporters in Berlin. "We think it is completely unacceptable if German and European media are - as a consequence of a Russian-American controversy - to be subjected to restrictions which ... go against international obligations that we took together."

German Foreign Ministry spokesman Rainer Breul noted that the legislation hasn't yet passed so "it is perhaps a bit early to talk about the concrete consequences."

"Ultimately a lot will depend on how exactly the law is implemented and to what extent it restricts foreign media's ability to act," he said.