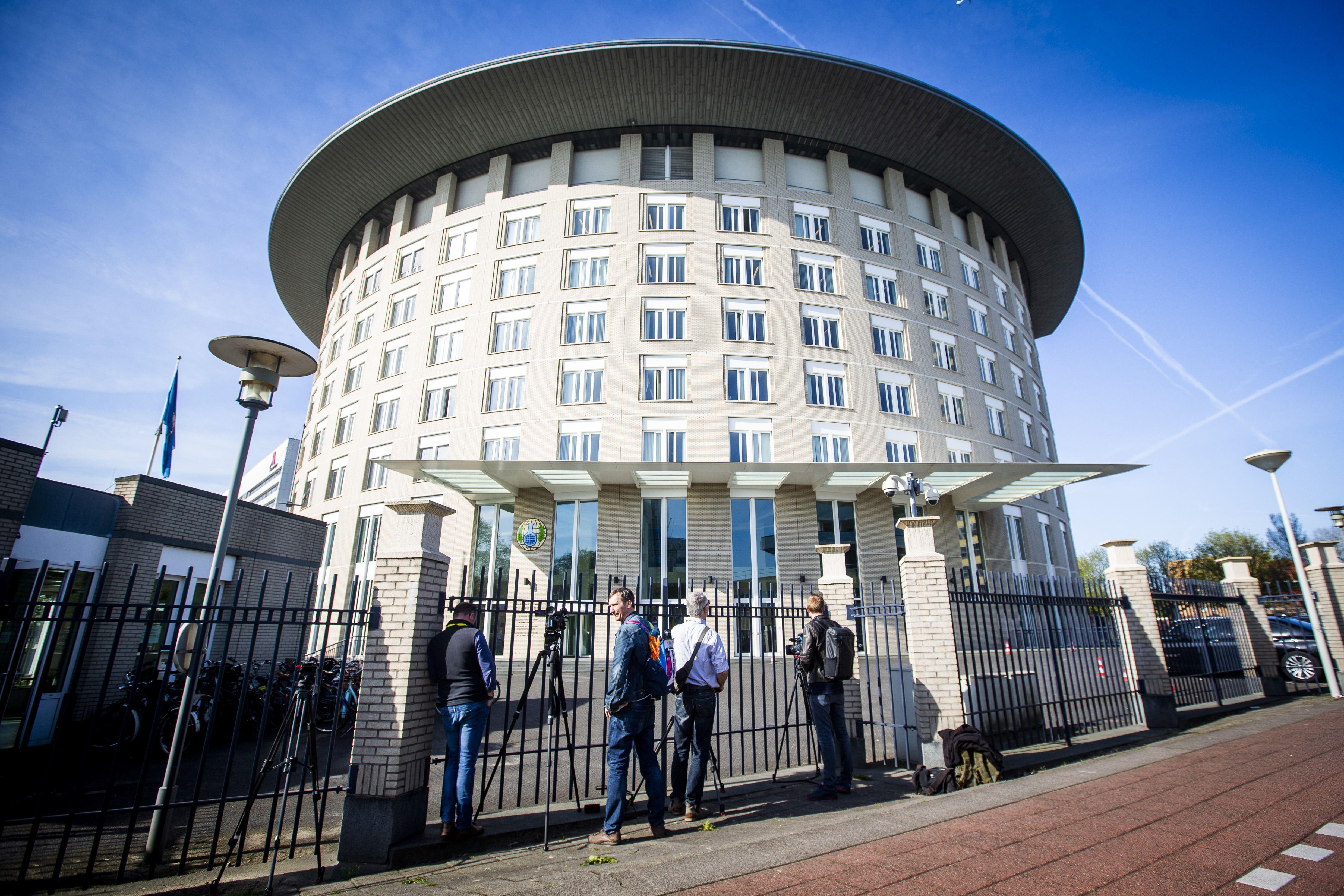 THE HAGUE, Netherlands -- Britain and France denounced on Thursday as a stunt and an "obscene masquerade" a move by Russia to produce Syrian witnesses who Moscow says were filmed in "staged videos" in the aftermath of a reported chemical weapons attack. Russian officials brought the purported witnesses for a briefing Thursday at The Hague headquarters of the Organization for the Prohibition of Chemical Weapons.

The development is seen as an effort by Russia to discredit widespread reports of an April 7 suspected chemical weapon attack in the town of Douma near the Syrian capital, Damascus, which killed more than 40 people. The West has blamed the attack on President Bashar Assad's government. Syria and Russia deny the claims.

"This obscene masquerade does not come as a surprise from the Syrian government, which has massacred and gassed its own people for the last seven years," said France's ambassador to the Netherlands, Philippe Lalliot.

Britain's ambassador, Peter Wilson, said he and other Western allies would not attend the briefing.

On Wednesday, OPCW inspectors made a second visit to the town of Douma, collecting samples from a new location that will be sent to designated labs for analysis. The suspected poison gas attack has sparked an ongoing clash of narratives between the West and the governments of Syria and its key ally, Russia. Damascus and Moscow insist there was no chemical weapons attack.

Opposition activists and first responders who witnessed the attack in Douma, which was under rebel control at the time, say it was carried out by government forces. Many of the victims suffocated in an underground shelter where they were hiding from government airstrikes, the activists said.