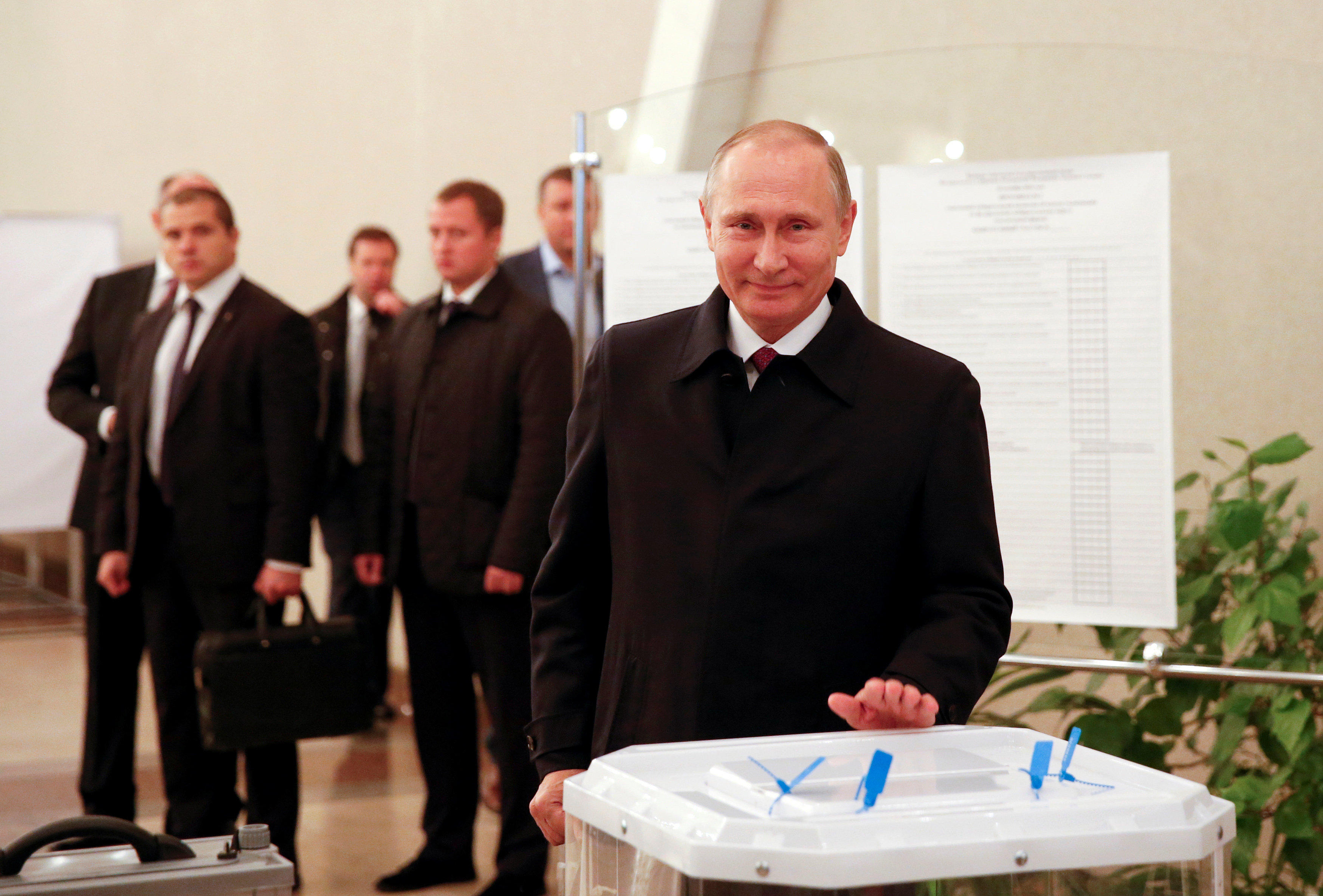 MOSCOW - Complaints of election violations were increasing Sunday as Russians voted for a new national parliament.

The voting for the 450 seats in the State Duma, the lower house of parliament, was not expected to substantially change the distribution of power, in which the pro-Kremlin United Russia party holds an absolute majority. But the perceived honesty of the election could be a critical factor in whether protests arise following the voting.

Massive demonstrations broke out in Moscow after the last Duma election in 2011, unsettling authorities with their size and persistence.

“Information about violations is coming constantly from various regions,” the Interfax news agency quoted Ilya Shablinsky, a coordinator of observers for the presidential Council on Human Rights, as saying.

Among the potential violations he cited were long lines of soldiers voting at stations where they were not registered and voters casting their ballots on tables instead of curtained-off voting booths.

The election monitoring group Golos also said it had received more than 1,300 complaints by late afternoon. A video posted on YouTube appeared to show a poll worker in the southern Rostov region dropping multiple sheets of paper into a ballot box.

On Sunday morning, Russia’s election commission head said results from voting in a Siberian region could be annulled if allegations of vote fraud there are confirmed.

A candidate from the liberal Yabloko party in the Altai region of Siberia told state news agency Tass that young people were voting in the name of elderly people unlikely to come to polling stations.

Elections commission head Ella Pamfilova was later quoted by Russian news agencies as saying complaints had not been received from other regions.

Pamfilova is a well-known human rights activist whose appointment five months ago to head the election commission brought expectations that this year’s vote would see fewer controversies about violations. Pamfilova pledged to stand down if the election is proven to be rigged.

Independent election observers and opposition candidates on Sunday reported busloads of people arriving at their polling stations in Moscow to vote, fueling speculations of multiple voting with the help of absentee ballots.

Grigory Melkonyants, co-chairman of Golos, said most of the complaints they received from Moscow was about those groups of voters although he said he “couldn’t categorically say that this is a violation.”

“But observers perceive it as a trick which local officials could be using in order to boost the turnout in their districts,” Melkonyants said

Voter turnout in Moscow appeared to be much lower than in 2011, signaling that coercion for state employees to vote wasn’t as widespread as in the previous election. The turnout by 3 p.m. (1200 GMT; 8 a.m. EDT) was 19 percent, compared to 34.3 percent five years earlier.

This election is a departure from the two previous votes for the Duma, in which seats were distributed on a national party-list basis; this year, half the seats are being contested in single districts. Independent candidates were also allowed, although only 23 met the requirements to get on the ballot, according to the elections-monitoring mission of the Organization for Security and Cooperation in Europe.

Pre-election polling by the independent Levada Center indicated that only the four parties now in parliament - United Russia, the Communists, the nationalist Liberal Democrats and A Just Russia - would get enough nationwide votes to be allotted seats. Prospects for the single-district races were unclear.

Many voters at a polling station in southwest Moscow said the only reason to cast a ballot was to take votes away from United Russia, which has dominated the parliament for more than a decade.

Alexei Krugly, 63, said he voted for Yabloko because he “feels even more distaste for others.”

“They’re just as bad as everyone, but I stand for diversity,” he said. “This time I came (to vote) because Yabloko got its act together and I think it has chances to make it to the Duma.”

Voters also seemed anxious about the Russian economy, which has been battered by lower oil prices and economic sanctions from the West.

“The economy needs a boost,” Nikolay Kovalenko, 20, a first-time voter who went with the Kremlin-friendly business oriented Party of Growth, said. “United Russia been around for too long, we need to try something new.”

In Moscow, a man claiming to have a bomb threatened to blow up a polling station. Mayor Sergei Sobyanin said on Twitter that the man was quickly arrested and Russian news agencies said no bomb was found.

In the Ukrainian capital Kiev, dozens of right-wing protesters gathered around the Russian embassy, where a voting station was set up. At least one demonstrator was detained in a scuffle with police. Another demonstration took place outside the Russian consulate in Odessa, where four protesters were arrested.