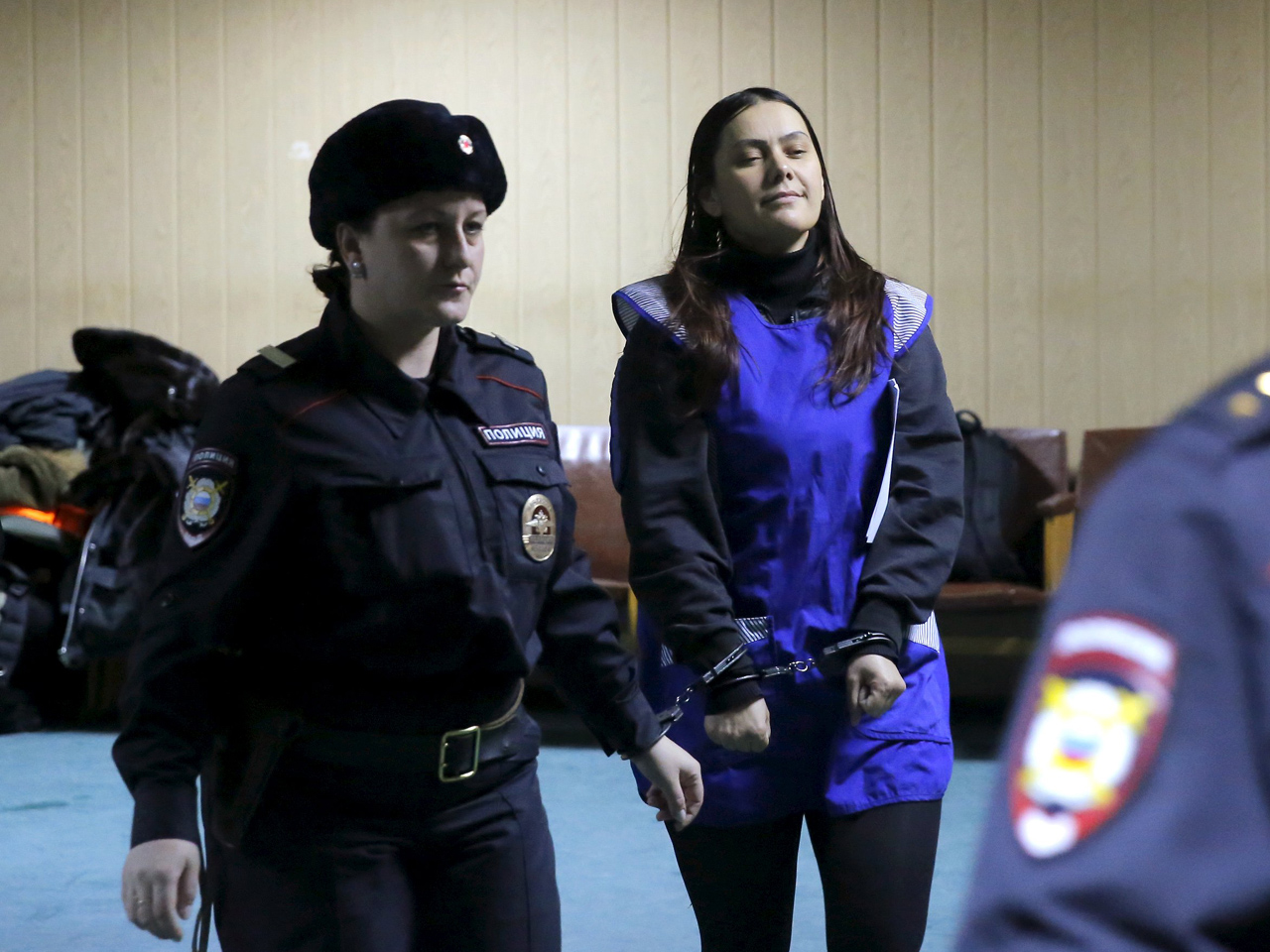 MOSCOW -- A nanny accused of decapitating a 4-year-old girl and brandishing her head outside a Moscow subway station said during an apparent interrogation captured on video that the killing was an act of revenge against President Vladimir Putin for Russian airstrikes in Syria.

Asked about the video, released Thursday, Putin's spokesman said it is difficult to judge the testimony of a woman he called "clearly deranged."

Gulchekhra Bobokulova, 38, was detained in Moscow on Monday after the child in her care was killed. Video footage posted online Thursday appeared to show police interrogating her. It was not clear where the video originated, and The Associated Press could not verify its authenticity or the circumstances in which it was taken. She appeared to be wearing the same clothes she wore during a court appearance Wednesday.

In the video, she says the killing of the child was revenge. Asked who it was revenge against, she says "the one who has spilled the blood." Asked who that was, she replies: "Who spilled it? Putin has been dropping bombs."

Speaking Wednesday to reporters outside the court, Bobokulova said "Allah ordered" her to kill the child.

Russia has been carrying out airstrikes against opposition fighters and Islamic extremists in Syria for five months to support President Bashar Assad's offensive there. Russian officials have flatly denied numerous reports by international aid groups that accuse it of killing not only ISIS fighters but also civilians and moderate, U.S.-backed rebels.

The Investigative Committee, Russia's top investigative agency, would not confirm or deny the authenticity of the video, but spokesman Vladimir Markin warned in a statement that Bobokulova's words should be treated with caution.

"The motive for a crime committed by a person who was diagnosed with schizophrenia often does not coincide with the explanations that they give later," he said, adding that investigators will look into all possible theories.

Russian media have reported that Bobokulova, originally from the former Soviet republic of Uzbekistan, was first diagnosed with schizophrenia in 2003. She has not yet undergone a psychiatric examination in Russia.

Markin refuted reports that investigators found phone numbers of Islamic extremists in Bobokulova's contacts. Russian prosecutors told a court Wednesday that Bobokulova was not acting alone and that others they did not name had incited her to kill the girl.

In the video, she tells investigators that she reads the Quran and prays day and night, but that they can go kill her three children in Uzbekistan, who don't read the Quran.

Peskov, Putin's spokesman, said it would be wrong to draw conclusions from the video.

"It appears obvious to me, although I may be wrong, I'm not an expert or judge, that we are evidently talking about a woman who is clearly deranged," he said. "Any words that come from such a deranged woman should be treated like they should be in this situation."