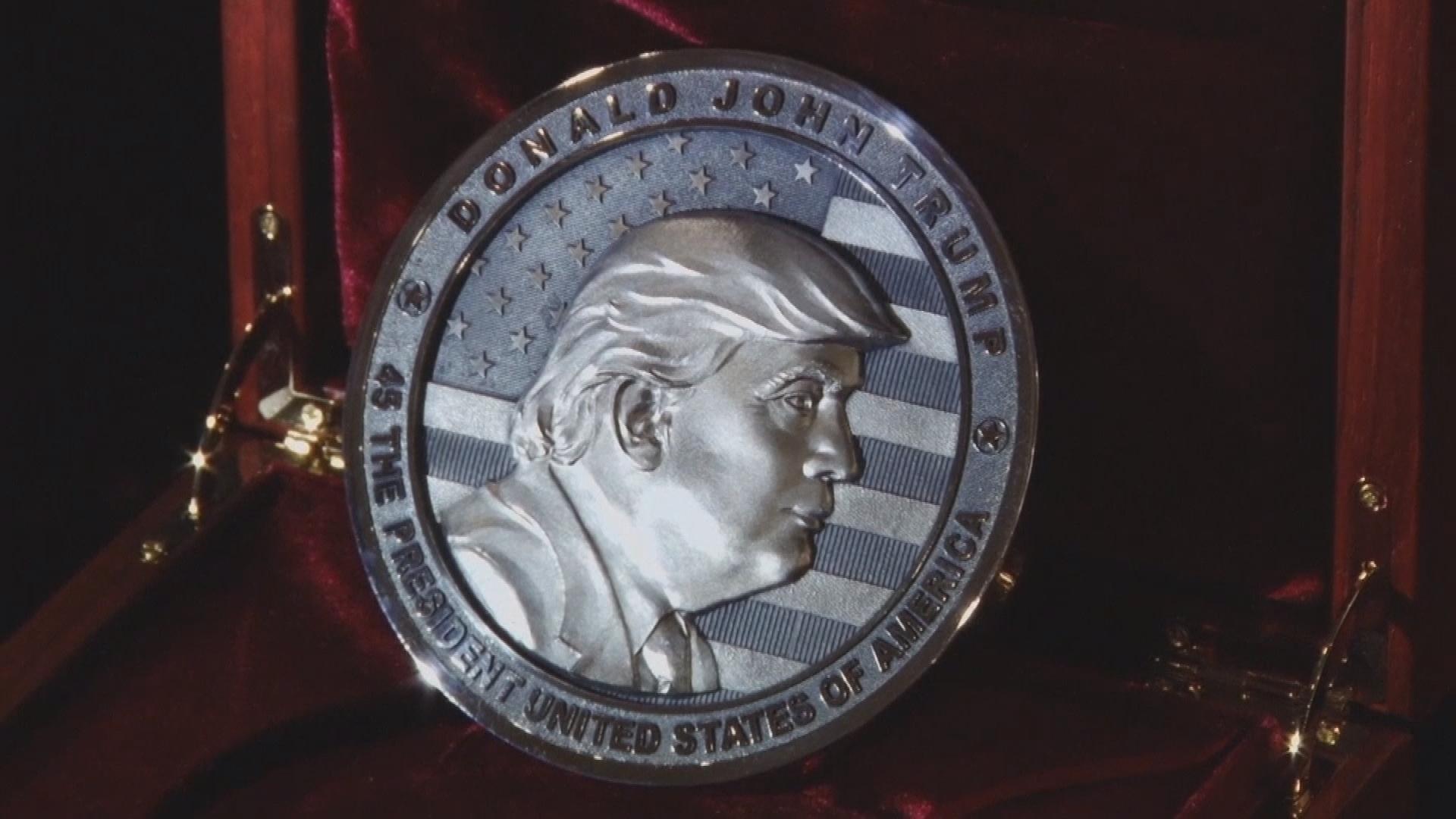 The Associated Press Television News interviewed the man in charge of the company, who said the limited edition of 45 coins were designed to express his and other Russian business leaders’ “hopes associated with Trump.”

Vladimir Vasyukhin, director of the “Art-Grani” company about 650 miles east of Moscow, in south-central Russia’s Chelyabinsk region, told APTN, “there are more hopes associated with Trump with regards to the lifting of sanctions; maybe the environment (between the U.S. and Russia) will change.”

That hope that Mr. Trump might usher in an era of improved U.S.-Russian relations is one that both the incoming American leader and Russian President Vladimir Putin have expressed themselves.

Mr. Trump even suggested in an interview with the Times of London several days ago that he might be willing to drop some of the sanctions against Moscow in exchange for an agreement on nuclear arms reduction. Moscow’s reaction to the proposal was muted, and on Tuesday, Foreign Minister Sergey Lavrov said he didn’t actually see it as a proposalfrom the incoming president.

All but five of the commemorative coins will be cast in silver, with the others in gold. They measure almost five inches in diameter and weigh about two pounds each, similar to coins made by the company featuring Putin and other notable Russians.

One side of the coins feature an image of Mr. Trump’s face, while the other shows the Statue of Liberty and has an inscription of the “In Trump we trust” slogan.

APTN reports that Art-Grani is keen to present the first of the coins to Mr. Trump, and they’ve reached out to Russian diplomats and business partners in the U.S. to help arrange the presentation.

Vasyukhin said the silver coins would cost a “few thousand dollars,” but the specific price has yet to be decided.