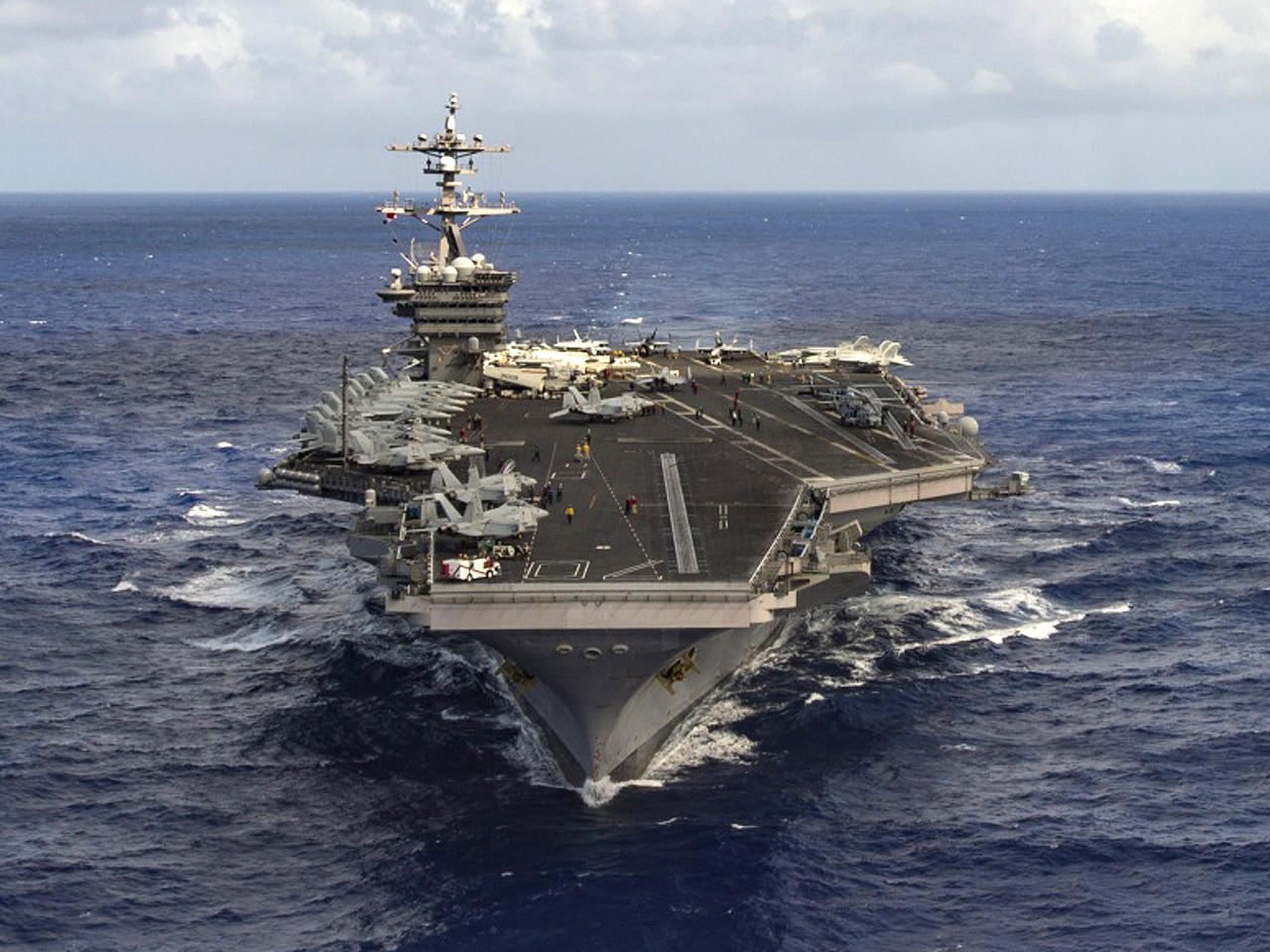 Last week, amid tensions with North Korea and the possibility that the North might conduct a nuclear or missile test, U.S. officials, including the president, had suggested that the USS Carl Vinson was headed north, toward the Korean peninsula.

“We are sending an armada, very powerful” President Trump declared, in an interview with Fox Business on Apr. 11.

In fact, On Apr. 13, the Vinson was heading south toward the northwest coast of Australia for an exercise scheduled for the weekend with the Australian navy, according to CBS News’ David Martin. Martin pointed out last week that the Vinson battle group would not be arriving in the Korean peninsula until next week, on Apr. 26.

In Saudi Arabia Wednesday, Defense Secretary James Mattis shed some light on what had happened.

“[I]n our effort to always be open about what we’re doing, we said that we were going to change the Vinson’s upcoming schedule,” Mattis explained, telling reporters that the Vinson was operating up and down the western Pacific. “[W]e’re doing exactly what we said, and that is, we’re shifting her. Instead of continuing in one direction, as she pulled out of Singapore, she’s going to continue part of her cruise down in that region, but she was on her way up to Korea,” Mattis said.

“We don’t generally give out ship schedules out in advance, but I didn’t want to play a game either and say we were not changing a schedule, when in fact we had. So we’re doing exactly what we said we were going to do,” he added. “She will be on her way, and I’ll determine when she gets there and where she actually operates, but the Vinson is going to be part of our ensuring that we stand by our allies in the Northwest Pacific.”