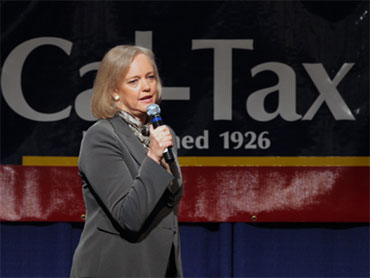 Defense Secretary Donald H. Rumsfeld says accusations by some in Congress that he lobbied to kill an intelligence reform bill supported by President Bush are "nonsense."

At a Pentagon news conference Tuesday, Rumsfeld said he backs Bush's stance, which he said was "evolving" as negotiations on the legislation's final details continue on Capitol Hill.

"I support the president's position and it's one that's evolving as those complex details are being worked out," Rumsfeld said. A Rumsfeld spokesman, Lt. Col. Gary Keck, said later that Rumsfeld did not mean Bush' position on intelligence reform was changing, but rather that the president is willing to compromise as the Capitol Hill negotiations proceed.

Some Republicans and Democrats in Congress have suggested Rumsfeld had a role in stopping the legislation, which is intended to create a national intelligence director position, because the Defense Department would lose authority over several intelligence agencies.

Sen. Chuck Hagel, R-Neb., said Tuesday he believes some military leaders are unnecessarily concerned that realignment of intelligence authority could interfere with the military chain of command and endanger troops in the field.

Asked what Bush should do to get the legislation passed, Hagel said, "I think he's going to have to make some calls to the Pentagon."

Before Bush announced his support for the creation of a national intelligence chief, Rumsfeld had expressed some reservations about proposed changes to the intelligence system, many of which were outlined in the report of the commission looking into the Sept. 11 attacks.

But on Tuesday, he said, "I favor reform in the intelligence community as the president does, and I have a feeling that they (in Congress) are close."

Rumsfeld said he was not involved in the negotiations on the bill last weekend in Congress.

"What they're in is a very complicated negotiation up there. And they're trying to resolve a series of final four, five, six items, as I understand it," he said, adding, "The president's position is evolving as the negotiation evolves."

The Joint Chiefs of Staff chairman, Gen. Richard Myers, refused to back off a letter he wrote to Congress saying he preferred an earlier version of the legislation that "maintains this vital flow of resources through the secretary of defense to the combat-support agencies."

"My position on the particular issue is as stated in my letter," Myers said Tuesday.

In Texas, meanwhile, White House spokeswoman Claire Buchan said Bush "has made very clear that he believes the Congress needs to act on the intelligence bill. He has personally been very involved, as has the vice president, in urging members of Congress to move with intelligence reform."

"Members of the senior staff and the legislative staff plan to participate in Republican retreats next week so we're going to work very hard on this issue," she said. "It's something the president wants to get done."

The intelligence legislation, which would create a new national intelligence director and national counterterrorism center, failed Saturday when Republican Reps. Duncan Hunter of California and James Sensenbrenner of Wisconsin turned back a last-second deal.

No meetings of the bill's negotiators have been planned, but the House and Senate will return Dec. 6-7, giving them another chance to finish work on the legislation.