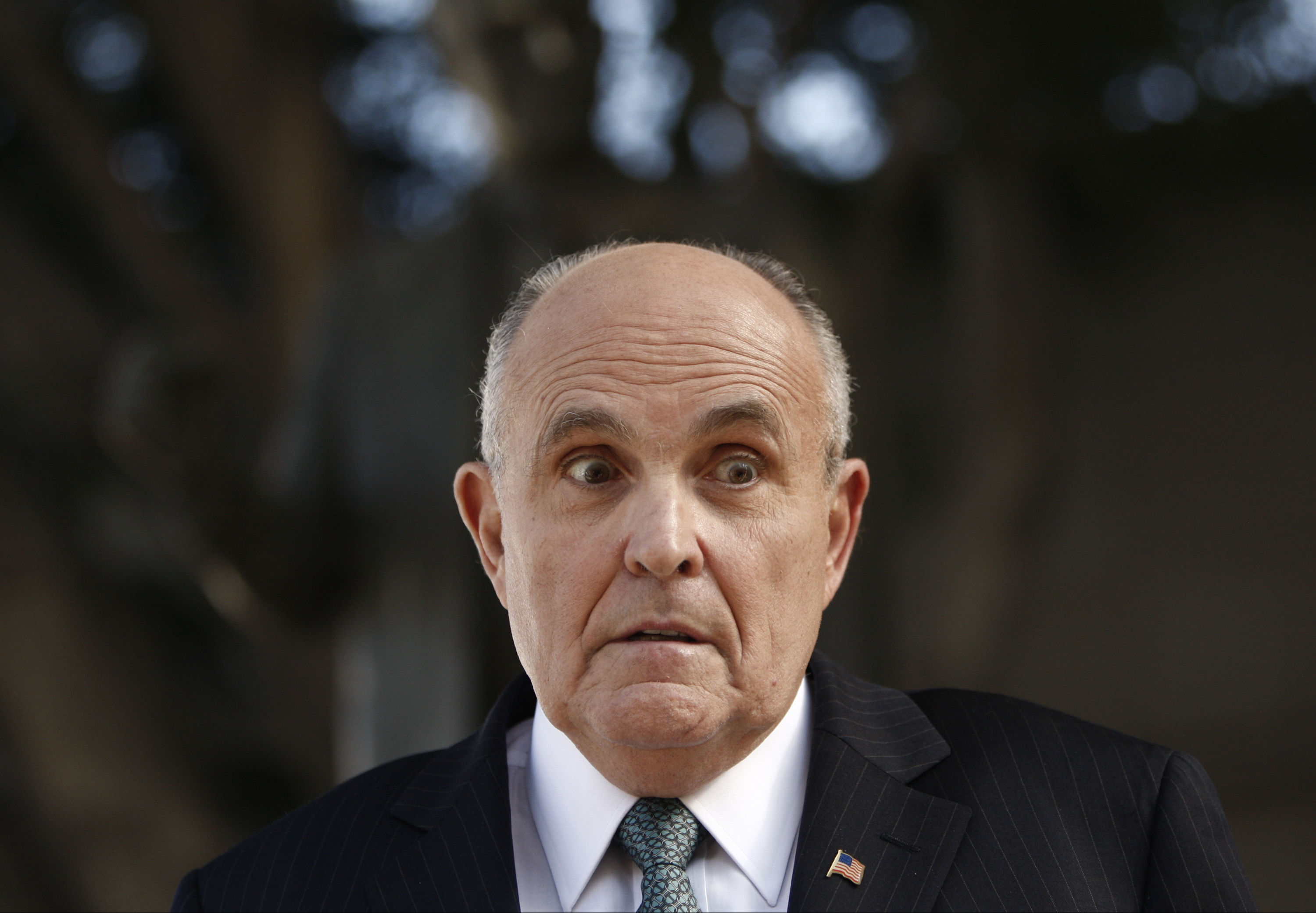 Giuliani's latest attempt at damage control: An op-ed published Monday in the Wall Street Journal in which he insisted, "My blunt language suggesting that the president doesn't love America notwithstanding, I didn't intend to question President Obama's motives or the content of his heart."

"My intended focus really was the effect his words and his actions have on the morale of the country, and how that effect may damage his performance," Giuliani wrote.

Giuliani said the president has made a habit of "criticizing his country more than other presidents have done," echoing arguments from some other conservatives that Mr. Obama "apologizes for America."

"Presidents John Kennedy, Ronald Reagan and Bill Clinton all possessed the ability to walk a fine line by placing any constructive criticisms regarding the ways the country might improve in the context of their unbending belief in American exceptionalism," Giuliani wrote. "Those presidents acknowledged America's flaws, but always led with a fundamental belief in the country's greatness and the example we set for the world."

"To say, as the president has, that American exceptionalism is no more exceptional than the exceptionalism of any other country in the world, does not suggest a becoming and endearing modesty, but rather a stark lack of moral clarity," he added.

Giuliani kicked off the firestorm earlier this month at a dinner featuring Wisconsin Gov. (and potential 2016 presidential candidate) Scott Walker, when he reportedly said, "I know this is a horrible thing to say, but I do not believe that the president loves America...He wasn't brought up the way you were brought up and I was brought up through love of this country."

After critics accused Giuliani of stoking racism with his remarks, the former mayor told the New York Times, "I thought that was a joke, since he was brought up by a white mother, a white grandfather, went to white schools, and most of this he learned from white people."

Giuliani also argued in the op-ed the president is too reluctant to stand firmly behind allies like Israel and Ukraine in the face of outside aggressors, and he nodded at concerns among some Republicans about the president's refusal to use the phrase "Islamic extremism" to identify the threat posed by international terrorism.

"Any reluctance to define accurately the beliefs of our enemies helps them camouflage themselves and confuses our military and intelligence efforts," Giuliani said.

The president has said he does not want to feed into the jihadi narrative of a clash of Islam versus the West -- that he wants to deny groups like al Qaeda and the Islamic State of Iraq and Syria (ISIS) the mantle of religious legitimacy they crave.

While Giuliani did not back down from the thrust of his point, he did make an attempt at softening his earlier criticism of the president. "Obviously, I cannot read President Obama's mind or heart, and to the extent that my words suggested otherwise, it was not my intention," he wrote. "When asked last week whether I thought the president was a patriot, I said I did, and would repeat that. I bear him no ill will, and in fact think that his personal journey is inspiring and a testament to much of what makes this country great."

Giuliani also tried to offer a pass to other Republicans who have been grilled on whether they agree with his remarks about the president. "Over my years as mayor of New York City and as a federal prosecutor, I earned a certain reputation for being blunt," he wrote. "The thoughts I express, whether clearly or ambiguously, are my own and they are my individual responsibility."