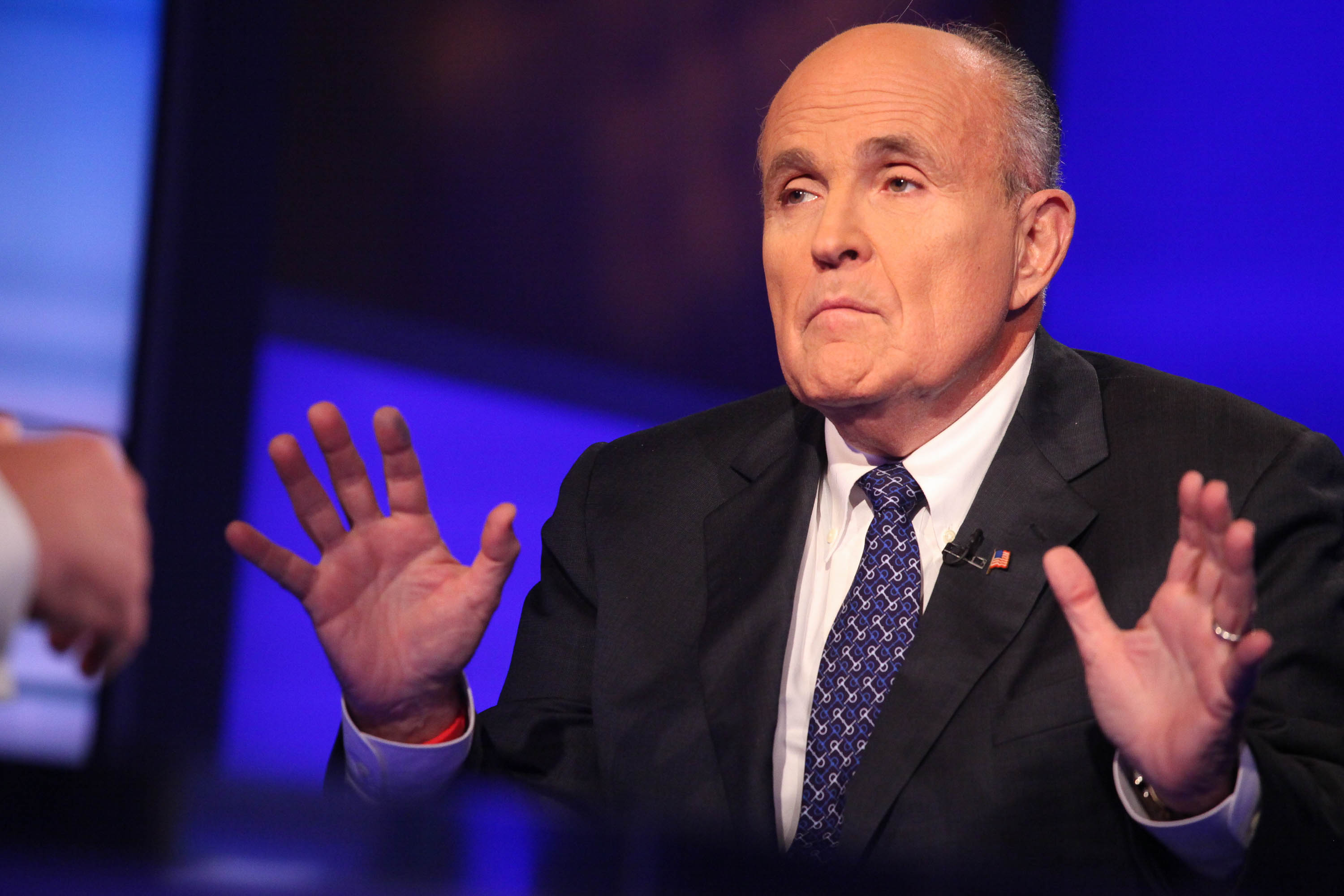 Former Mayor Rudolph Giuliani attempted to clarify comments he made Wednesday that he did not believe the president "loves America," telling the New York Times that his comments were misconstrued as racism.

"Some people thought it was racist -- I thought that was a joke, since he was brought up by a white mother, a white grandfather, went to white schools, and most of this he learned from white people," Giuliani said to the Times in an interview Thursday. "This isn't racism. This is socialism or possibly anti-colonialism."

Giuliani spoke to the Times after he had addressed a private event for Wisconsin Gov. Scott Walker at the 21 Club, in Manhattan on Wednesday, where he reportedly said, "I do not believe, and I know this is a horrible thing to say, but I do not believe that the president loves America," according to a Politico report. "He doesn't love you. And he doesn't love me. He wasn't brought up the way you were brought up and I was brought up, through love of this country."

In that speech - to business executives and conservative media - Giuliani also criticized some of Mr. Obama's recent speeches, especially one at the National Prayer Breakfast earlier this month, in which the president defended Islam and reminded the audience to "remember that during the Crusades and the Inquisition, people committed terrible deeds in the name of Christ."

Giuliani said of Mr. Obama, "You've got to be able to criticize Islam for the parts of Islam that are wrong. You criticize Christianity for the part of Christianity that is wrong. I'm not sure how wrong the Crusades are. The Crusades were kind of an equal battle between two groups of barbarians. The Muslims and the crusading barbarians. What the hell? What's wrong with this man that he can't stand up and say there's a part of Islam that's sick?"

"I don't think it spoke well of Rudy Giuliani," Schieffer said. "I think he could have said a lot of things without saying what he did."

Schieffer added: "When you question someone's patriotism, you need to know what you're basing that on."

In defending those remarks to the Times, Giuliani accused the president of having only a superficial understanding of America's legacy.

While the White House declined to comment directly about Giuliani's attacks, Deputy Press Secretary Eric Schultz mentioned Thursday that "Mr. Giuliani test-drove this line of attack during his own 2008 run for the presidency." And he further criticized the comments, denouncing them as a "horrible thing to say."