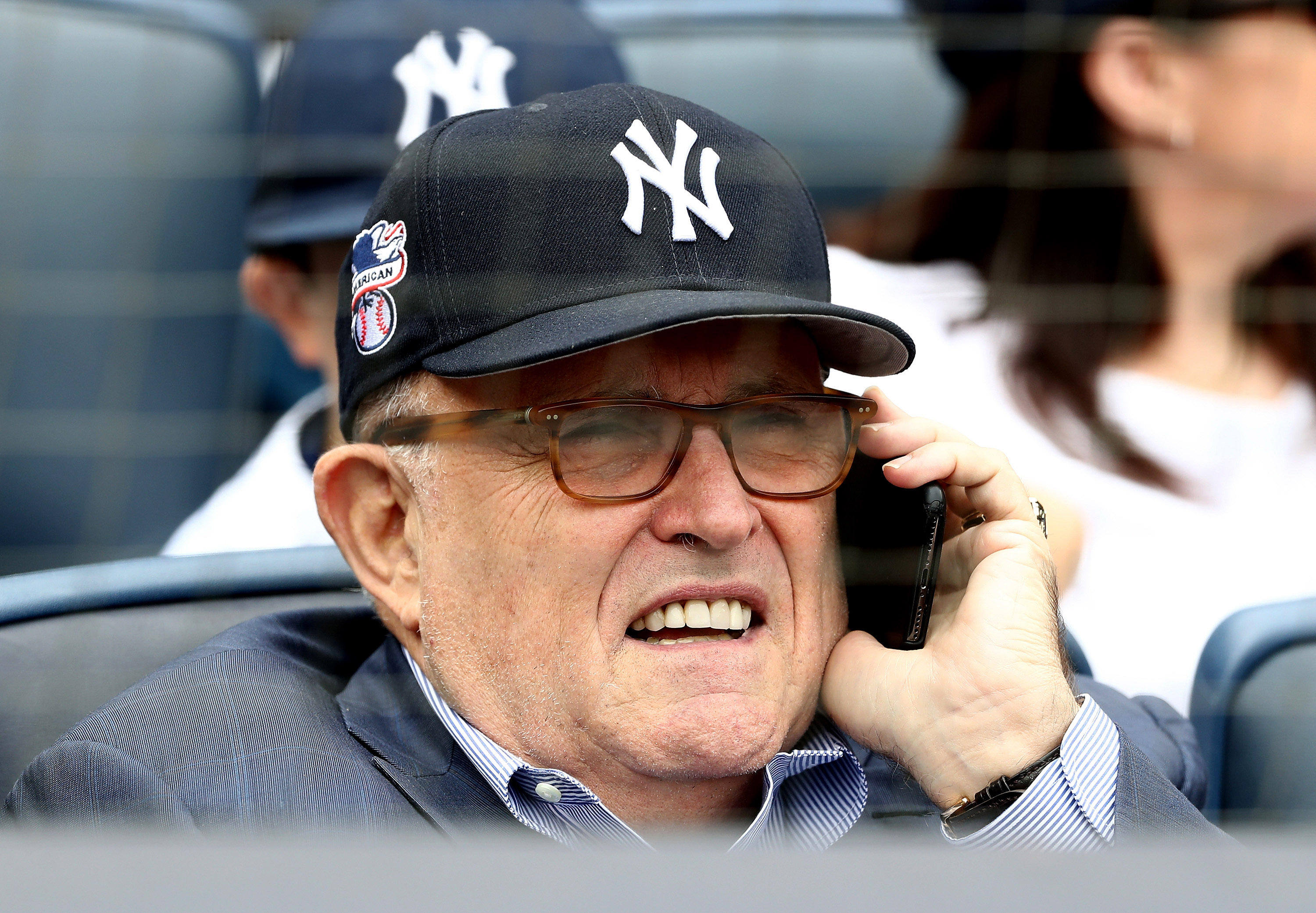 The New York Yankees wished Rudy Giuliani happy birthday over the loudspeaker at Monday's game, but fans greeted the former mayor with loud boos, footage from the game shows.

Giuliani, who served as mayor from 1994 to 2001, joined President Trump's legal team in April. Since then, he has been in the news for his outspoken comments on cable news -- sometimes even saying things that contradict comments by other members of Mr. Trump and his legal team.

Giuliani was at the ballpark on his 74th birthday with his son. The former mayor recalled pitching in a celebrity softball event at Yankee Stadium -- "we won, I'm 1-0 here," he said on the field before the game. The longtime Yankees fan liked the look of the current team, too, but they lost 5-1 to the Houston Astros.

This is not the first time Giuliani, a longtime Yankee fan, has been booed at a game, according to the New York Post. The Post reports he was booed in 2007 too.