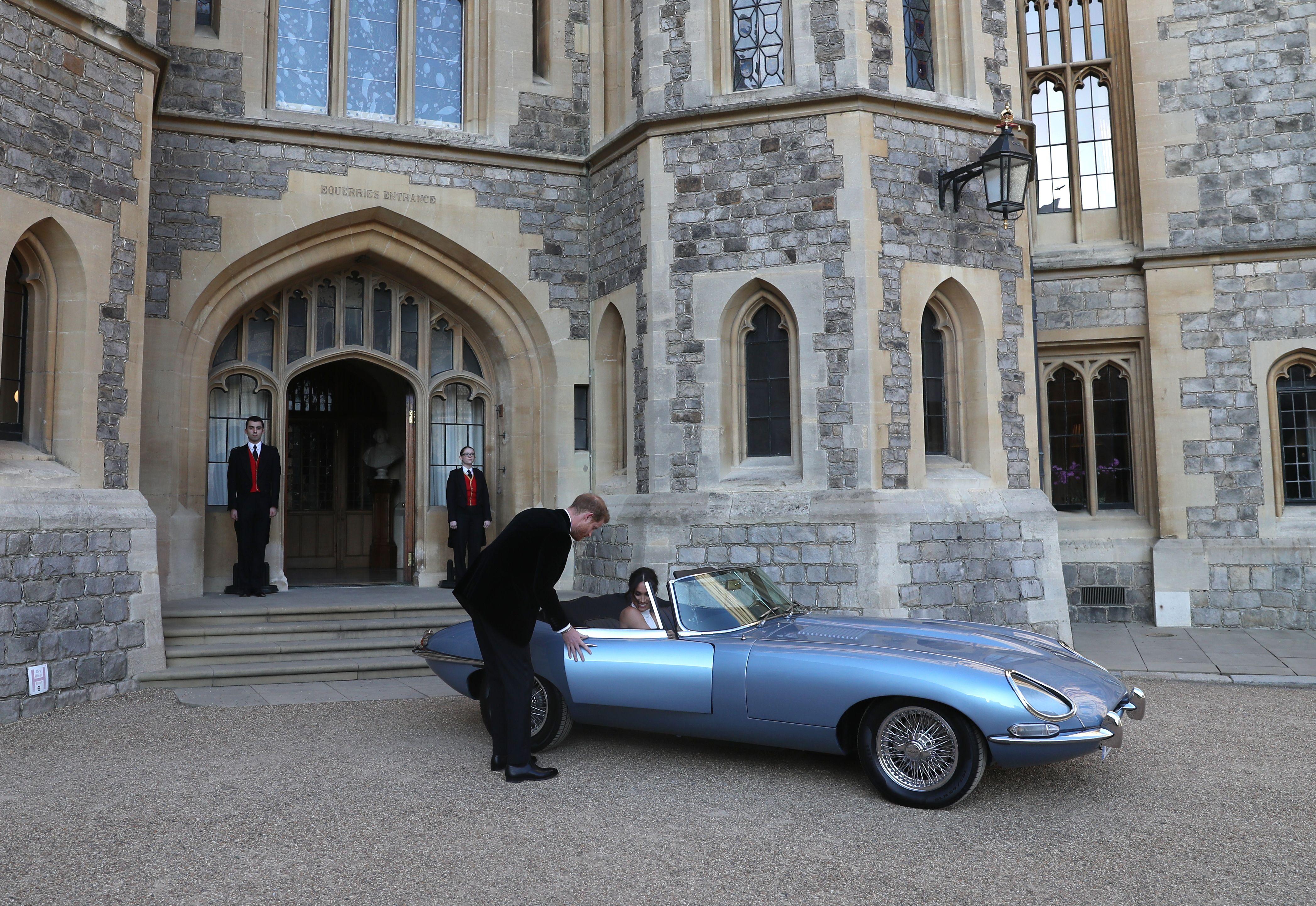 Old British cars are notorious for their electrical problems, but Jaguar put its best foot forward for the royal wedding. Prince Harry and Meghan Markle drove off in the Jaguar E-Type Zero -- a 1968 roadster retrofitted by the luxury manufacturer with an electric motor last year.

To make the E-Type Concept Zero (a nod to its zero emission status), Jaguar took a 1968 series 1.5 E-Type convertible and swapped its original combustion engine for something a little more up to speed: a 220kW electric drivetrain. With a 0-60 mph rating of 5.5 seconds, the Concept Zero outperforms its stock counterparts by about one second.

Not that any of these numbers mattered much for Saturday's nuptials. The Duke and Duchess of Sussex drove off in a most dignified and regal manner, though their Jaguar looks good going slow, too.

The modifications were made at a facility dedicated to such projects. Jaguar Land Rover Classic Works facility in Warwickshire, England, is the location where vintage models from both brands receive "outstanding Reborn restorations," including continuation productions of the E-Type, according to a Jaguar press release.

It's an appropriate car to receive such attention and revival more than half a century after its unveiling. Enzo Ferrari, founder of the sportscar company bearing his name, ceded that it was "the most beautiful car ever made."

It might not be the only Jag to get this love, though.

"In an increasingly environment-conscious age, we aim to make sure our classic vehicles have the future they deserve," Jaguar said in a release. "We're doing that by developing electric powertrain conversions that preserve the looks, handling and performance characteristics of the original vehicles -- yet deliver zero emissions."

Jaguar added that these modifications are "completely reversible" to assuage the fears of purists, and adds that the can be applied to any XK engine powered classic Jaguar built between 1948 and 1992.