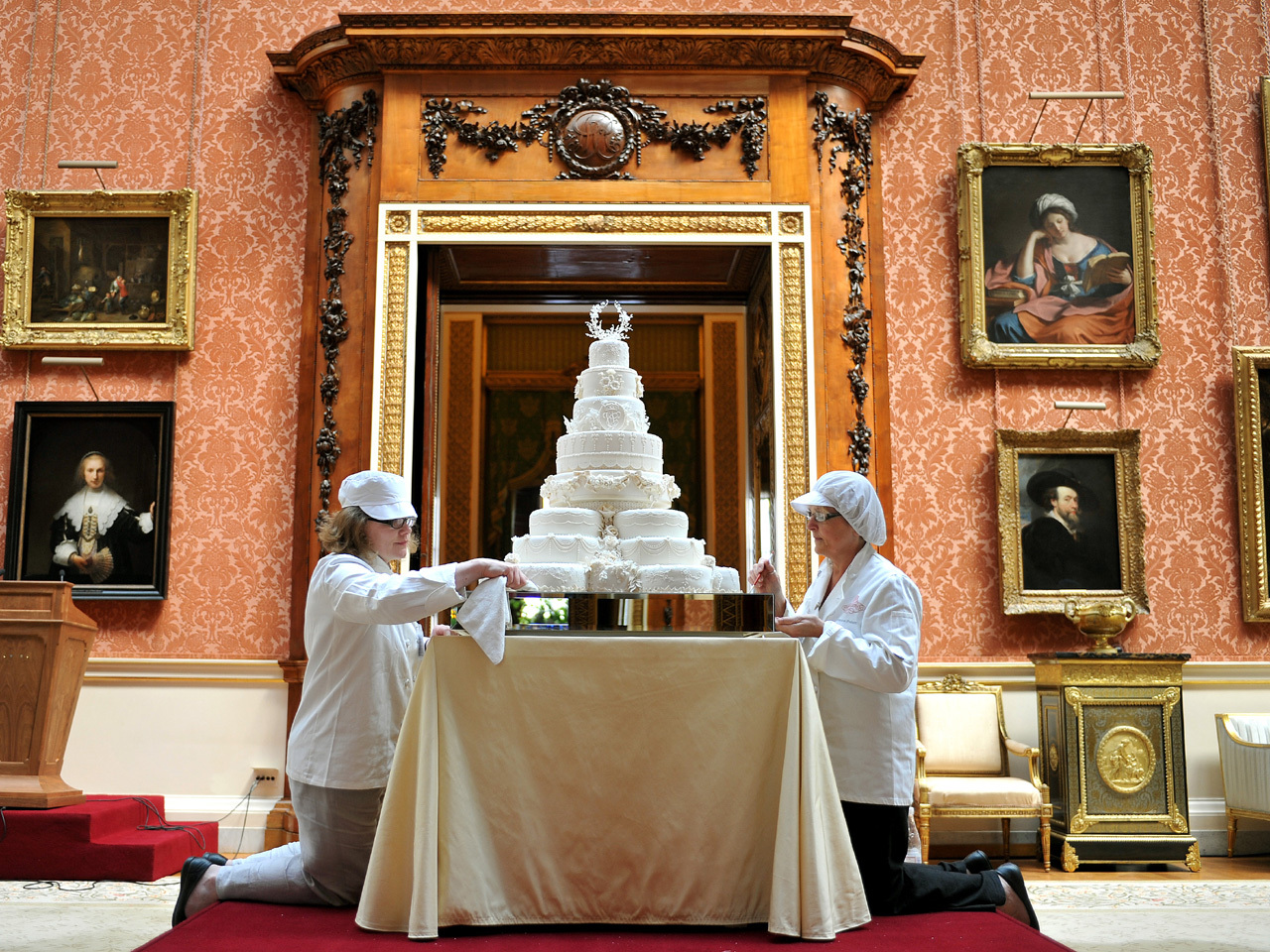 Queen Elizabeth II organized the luncheon, which took place at Buckingham Palace. Around 650 guests from the wedding congregation attended.

According to the royal wedding website, the traditional wedding cake was designed by Fiona Cairns and is made from 17 individual fruit cakes (12 of which make up the base). The cake has eight tiers in all, and is decorated with cream and white icing using the Joseph Lambeth technique.

A garland design at the middle of the cake matches the architectural garland designs around the Picture Gallery in Buckingham Palace, the room where the cake is displayed. The process took a long five weeks, and Cairns was still surprised that she finished in time, the Vancouver Sun reports.

There are up to 900 individually iced flowers and leaves of 17 varieties decorated on the cake. The 17 different blooms were included for their meaning - known as the "language of flowers."

The reception's other confection was a chocolate biscuit cake, personally requested by William. It was created by McVitie's Cake Company using a Royal Family recipe.