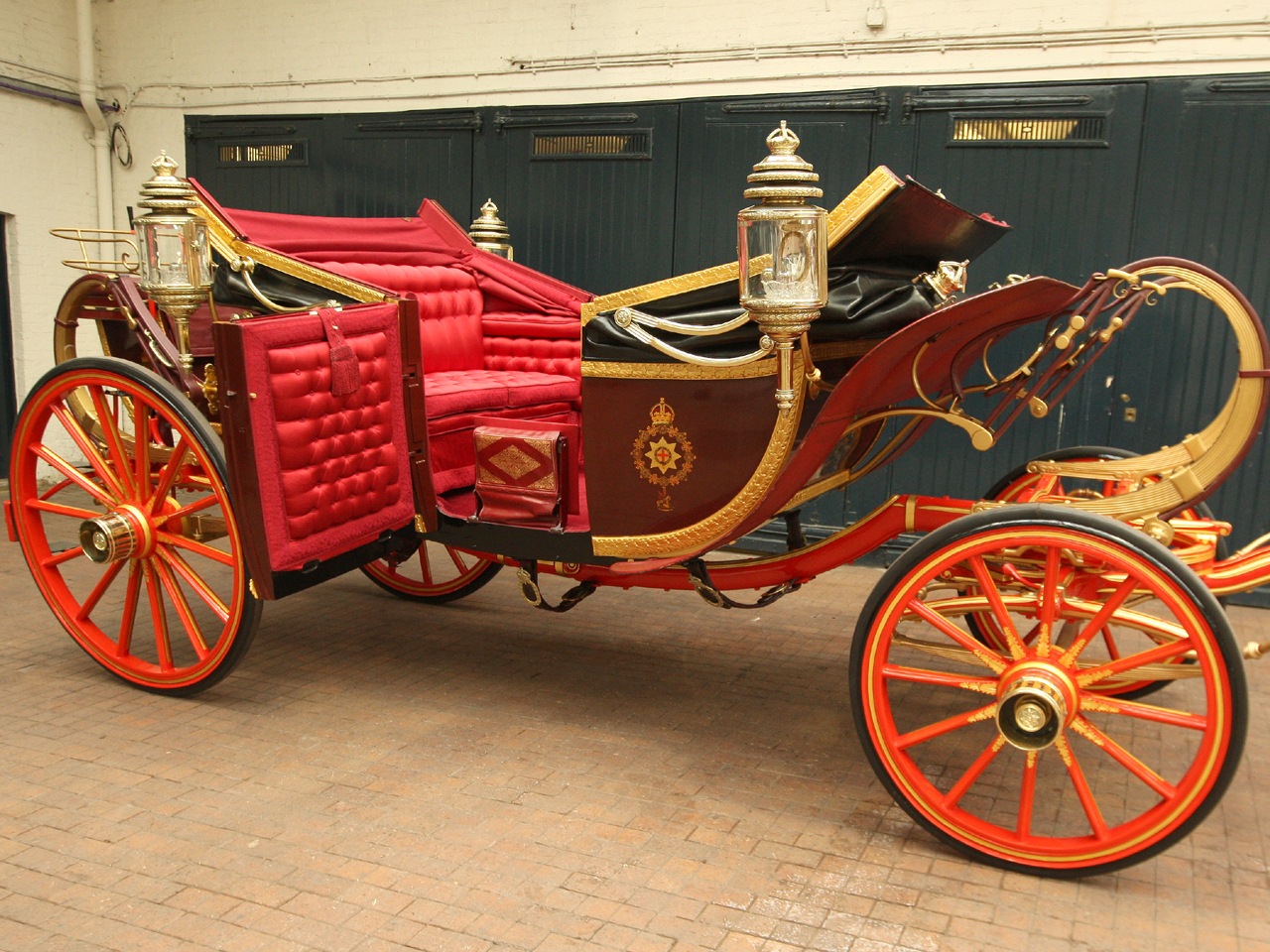 (CBS) Kate Middleton will take her first ride as a royal in the same open-top coach that carried Princess Diana on her wedding day in 1981.

Following their wedding ceremony at Westminster Abbey, Middleton and Prince William will travel in a 109-year-old State Landau carriage to Buckingham Palace.

It will lead a procession of four other horse-drawn coaches carrying the wedding party, Middleton's parents, Prince Charles and his wife Camillia, the Duchess of Cornwall, and Queen Elizabeth and the Duke of Edinburgh, according to the official royal wedding website.

The red and gold carriage, which was built for King Edward VII in 1902, carried Diana and Prince Charles after their service at St. Paul's Cathedral. It also was used by Prince Andrew and Sarah Ferguson, the Duke and Duchess of York, at their wedding in 1986.

Today, it is mostly used by the Queen when she meets foreign heads of state visiting London.

In the event of bad weather, the bride and groom will travel in The Glass Coach, which was built in 1881.

Buckingham Palace also revealed Tuesday that the couple will travel separately to the service at Westminster Abbey in state cars. Middleton and her father will arrive in a Rolls-Royce Phantom VI, which is the same vehicle that carried Charles and Camilla when it was attackedby student fee protesters last December.